Creating a passion for learning 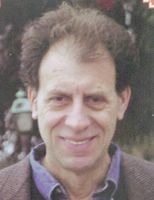 There is a chapter in Robert Fried’s excellent book, ‘The Game of School’, which I really like. It is called ‘Being curious, feeling powerful, and telling the world what you know.’

I liked it because it draws a connection between human evolution and a curiosity, or passion, to learn.

Fried writes about the connection between the sorry state of education today that has resulted from our not learning the lessons of our evolutionary history.

Evolutionary learning depends on an intense curiosity of the natural world driven by the irrepressible urge of explorers, scientists and artists to shape and express what they have discovered.

And this curiosity is the birthright of all students.

The trouble is our schools are not well suited to nurture the complex drives of student curiosity, sensory awareness and talkativeness. The ways schools have been constructed inhibit, or confine, these hereditary instincts and instead we sit them down and tell them a lot of stuff we think is important.

We need to develop student’s capacity for curiosity and sensory awareness from the youngest age and tap into it throughout schooling. Rachel Carson, one of the earliest environmentalists (author of The Silent Spring’) writing for her nephew, called this the ‘learning spirit’. She asked that, ‘each child in the world be (given) a sense of wonder so indestructible that it would last throughout life, as an unfailing antidote against the boredom and disenchantments of later years, the sterile preoccupation with the things that are artificial, the alienation from the sources of our strength.’.

Schools need to re-imagine themselves so as to tap into is the power of children’s ideas. All students, at any age, are capable of generating powerful ideas, and worldwide it has been shown that these ideas are not luxuries gained at the expense of the 3 Rs but instead enhance them. So the answer to our problems is not more of what has not worked but a new conception of education – or rather a rediscovery of important educational ideals by those who have the power to change things at all levels. Teachers should be leaders in this transformation rather than complying with failing ideas.

Fried also quotes from Deborah Meier’s book ‘The Power of Their Ideas’. ‘ All students’, she says, ‘ should be seen as inventors of their own theories, critics of other people ideas, analyzers of evidence, and makers of their own personal marks on this most complex world.’

This is the image that should drive all education.

Instead of ‘delivering’ curriculums and imposing constraining assessment regime, and in the process making the role of the teacher more difficult, it would be great if we were instead to develop schools that built on and amplified the strengths the students bring with them. This is particularly relevant as we currently are having problems ‘engaging’ a growing number of students in the learning ‘we’ provide them.

The answer is obvious.

Let’s return to the real basics – allowing students, with our help, make sense of the questions and concerns they have and help them work cooperatively to solve problems and, in the process, develop whatever inborn talents they have.
Posted by Bruce Hammonds at 3:56 pm

Blog readers young and well off: study
The time is right for biotech investing as healthcare spending is set to double over the next 10 years.

nice blog, I stayed quite long reading interesting stuff. Good work. Think, I will
bookmark it an come back.

If you get some time, be sure to check out my pennsylvania divorce
related website.

I think you have drawn attention to some very important points. I think children's natural curiosity about their world is the most poweful source of learning to be tapped. It is a shame that even by the age of ten, after five years of schooling and other life experiences, you sometimes have to work so hard to recapture the natural sense of wonder they once had.

If protecting and extending curiosity was the number one priority of all teachers then we wouldn't have 'turned off', or 'disengaged', kids. One writer says that 'learnacy' ( or 'learning power') is far more important than literacy or numeracy but tell that to the vote hungry politicians.

See my blog of the 24th August.