The earlier the better! 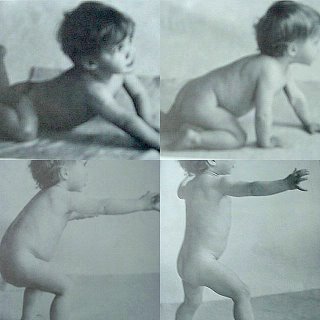 Now and then common sense hits the newspapers about education.

Everyone has all sorts of cures for the number of casualties in our society particularly when it comes to schooling. Solutions for some seem as 'basic' as making phonics compulsory in all schools. If only it were so simple. Too many of our problems are already predetermined by our increasingly dysfunctional society before children get to school.

With this in mind it was great to read in an article in our local paper that we have a real cure already - one that has been largely overlooked or at best paid lip service to; the strategic significance of early intervention. It is common sense that the earlier you intervene in anything the better. And as the article said, ‘the magic time is well before they get to school. Wait till the kid’s turn eight and you’ve missed the bus.’

Scientists studying early brain development know that babies are born with unformed and plastic brain and that they start learning from the moment they are born and also that the success ( or otherwise) at this stage affects the cognitive and emotional skills they acquire which in turn affects their success in life.

The trick we are told lies in the interaction with their parents or caregivers and to be really 'mind growing' the environment needs to be ‘nourishing and stimulating intellectually and emotionally.’ ‘The earlier the seed is planted and watered, the faster and larger it grows.’

This dynamic support system can be lacking in homes disadvantaged by poverty and the absence of positive support systems. Families, not schools, are the major source of inequality in the performance of students. Gaps emerge early in student achievement but after eight research shows that the school environment plays only a small part in accounting for achievement gaps.

The lack of success of many students, it has been shown, were sown early in their lives and any help provided at later stages is problematic. Too often, the article states, ‘they strike after the die is cast’, but studies show that early interventions are highly effective. Many of these programmes were judged a failure at the time because initial gains had been lost but researchers, who followed these children into later life, found the students involved earlier more than three times more likely to be successful at High School compared to those who hadn’t been involved in such programmes; by 27, were four times more likely to earning a high wage; three times more likely to own their own home; and twice as likely not to have been on welfare or arrested.

So why did such programmes, deemed an early failure, produce such impressive results longer term? This is evidently because Americans place too much emphasis on cognitive ability (IQ) rather than on cognitive ability or emotional intelligence (EQ). EQ covers such things as getting on with other people, working with others and such things as perseverance and tenacity – attributes that help in many aspects of life.

It is common sense that taxpayer’s money, currently used helping many dysfunctional older learners and adults, would be better spent in ensuring all children get a good start in life.

And it is pretty clear as well that too much current education is centred on cognitive achievement rather than the wider dispositions and qualities necessary to be successful in life. As a result learner’s brains and their life potential are not fully realized – and as a result their creativity and contributions wasted.

Puting money into solving poverty and supporting early education for those 'at risk' pays off.

Maybe it is the wider society that is dysfunctional?
Posted by Bruce Hammonds at 10:42 pm

When we value the development of 'whole' people, rather than trying to fix up 'bits', then we may help all people, not just the fortunate, to develop their full potential - and the earlier the better.

As a community we need to think collectively about what kind of culture we want to develop in the 21stC.

This is the answer to your latest CAT phonics blog Bruce!

While teachers can and do make a difference students success is tied closely with their social backgrounds - or so says a report recently published in the UK.

The report say parents, to get their children into the 'right school' need look no further than the average earnings among parents.

We need to look hard at the backgounds of the failing students in any school and see what is the common factor and then to do something about it. The problem just can't be left to schools and teachers.

The report revealed that 'the child's social background is the crucial factor in academic performance, and that a schools success is based not on its teachers, the way it is run, or what type of school it is, but overwhelmingly, on the class background of its students.'

'Simply put the more middle class the pupils the better they do.' The 'market forces' approach in the UK will just make the situation worse. League tables in the UK do not take into account a schools social backgound so the school in a deprived area, which added the most value to its students, still didn't make the top of the league tables!

We need to look hard at the students who are failing our schools and then do all we can as a society to sort out the problem - it just can't be left to isolated schools and teachers; it is a community problem.

I just came across some more research about the problems of deprivation on educational success. While literacy is a concern listening ( 45% of all communication) is also a problem and, considering we talk more than we read, it might be more important to remedy. Or so says Helen White, author of a kit available from www.footprint.co.au. Her research indicates students with language delays are on the increase. A major factor in this is socio-economic status. White followed the progress of three groups of students ; students in welfare, working class children, and professional students. By four a professionl student will have had 50 million words addressed to it, a working class child 30 million, and a welfare child just 12 million. As well, professional children had 700 000 encouragements compared to 60 000 for the welfare child. As a result many students enter school unable to listen attentiveley and such children need to be helped to actively listen if they are to learn. These deficits lead to poor learning and behaviour and so, the research says, they need to acquire new listening habits. At school teachers also need to pay attention to making expectations clear to such easily distracted learners. See the nzei rourou March 27 2006 for more details.

Our 'achievement tail' is caused by more than less than wonderful teaching!

Your comments above just point out that schools can't do it alone - the 'power of three' is required : 'learner/teacher/parent'. If one is missing then the learner is in trouble.

Sure the power of three is best so long as the parent is loving and positive, but so many of our parents are simply not skilled at parenting and perhaps negative to the kids. In this situation the school is the next best to foster the kids natural resilience. But the teacher needs time, support and resources to become significant to the kid. We also now see research showing all the time playing computor games and watching TV is impacting on learning outcomes,suprise suprise I read a book about 15 years ago Clalled "THE PLUG IN DRUG" that said this was happening!

You are right There have to be 'three' who are able to use their 'power' to work and, as you say, many parents are not up to it. Schools may be an answer to help sort out the problems we face but they need to add your fourth R - resilience - to their curriculum. In fact make it the most important 'R' of all.