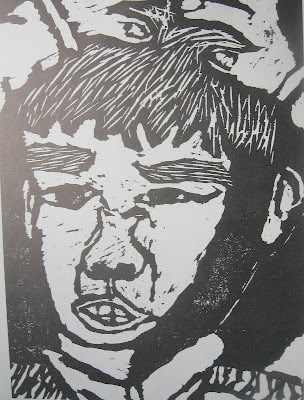 Recently I have come across research by Dr Leonard Sax's about the difference between the development of boys and girls brains and that the current education approach favours girls.

If we accept that all children have differing learning styles and intelligences then gender must must be part of the mix. Dr Sax believes the answer to boy's failure are boys only schools but equally the answer could be to transform schools into personalized learning environments - fitting the curriculum to individual learners rather than the other way around. 'One size fits all', fits nobody.

Dr Sax is however critical of the overuse of Ritalin to solve boys learning ( usually behaviour) problems. One in eight students in the US are prescribed Ritalin!

His thoughts on the subject are interesting.

Ritalin is a stimulant in the same class as 'speed' and is according to Sax becoming the greatest drug problem in the USA. Speed has an immediate effect but Ritalin is slow to be absorbed. Ritalin has been prescribed for forty years and its use is increasing dramatically. To appreciate this, Sax says you have to understand the something about hyperactivity disorder, or ADHD.

He writes, 'as long as there have been children, there have been children who misbehave, those who don't listen, who can't sit still, who don't follow instructions, no matter how many times you tell them.' All sorts of names have been assigned to such children as ADD, and ADHD and ODD ( oppositional defiance disorder!). The typical ADD/ADHD child is bored, easily distracted and not performing up to potential. Observing in some classes these would seem appropriate responses!

The rapid increase of behaviour requiring Ritalin Sax puts down to two causes.

The first is television and use of computers.

Today's young generation, in contrast to children of the 70s, spend more time indoors - having fun indoors has multiplied. The dynamic rapidly changing world of TV has lessened the ability to concentrate. Children now spend six hours every day staring at some sort of screen and this has coincided with the rising use of Ritalin. Being sent to your room is no longer a punishment - today's room link children, through the Internet, with the wide world. Play , if it can be called that, is often solitary. Being in touch with the natural world through the senses is very limited. Some call this NDD or nature deficit disorder!

The second issue causing the growth in Ritalin is the obsession of school with testing. Standardized 'high stakes' testing is a growth industry in the USA. Testing, or focusing on narrow academic 'targets' has the effect of narrowing the curriculum. An 'academic' curriculum has never suited more active practical children ( which includes lots of boys) and any narrowing of the curriculum results in the growth of learning and, in turn, behaviour problems.

Buys Sax's writes, are not well suited to a diet of reading writing and arithmetic. Such students need the diversion of art, music, environmental and physical activities. I would add all children grow in a personalized creative learning environment. The 'pushing' down of inappropriate academic expectations to kindergartens is making the situation worse for boys while limiting the creativity all students. Children who can't cope are prime suspects for a dose of Ritalin ; 80% of all students who are given Ritalin are boys.

Ritalin might solve the symptom but in the process take attention away from the real problem - inappropriate learning opportunities. Ritalin is all too easy. Dysfunctional schools are the real issue not boy's failure. Many of today's creative and highly active adults would , if they were in today's schools, be placed on Ritalin! Schools have never known what to do with nonacademic students, particularly boys; in the past they simply left as soon as they could to get ajob.

In the US Ritalin has increased 4000% in twenty years. There are few studies of the long term effect of its use. Teenager in the US ask for Ritalin to get them through their exams- the have become psychologically dependent on it.

Most countries have lower use rate of Ritalin than the US but its use is spreading particularly in countries introducing standardized teaching regimes.

In Germany there is a growing counter movement to to establish kindergartens ( Waldkindergartens - 'forest kindergartens') outdoors focusing on sensory development, environmental experiences and field trips. I would add lots of opportunities fr play and creative activities.

For all their use of standardized testing and teaching American students still lag behind other countries on academic achievement.

Ritalin usage is not the answer it only disguises the underlying problem. Developing more active single sex schools for boys would, it seem to me, to be in the same category.

What is required is for education to get away from an aobsesion with an acdemic tradional education for all students ( the'one size fits all' model) and to develop a diverse range of developmentally appropriate learning experiences suited to the age nad needs of the students.

Easy solutiions are never the right ones it seems.
Posted by Bruce Hammonds at 9:22 am

I guess there is not much that can be done about how students use their time out of school hours but schools ought to be places where their curiosity about the natural world is developed .School may be the only place left to provide such important experiences?. Students need sensory learning and creativity to express their ideas - can't get this from computers.Well not all of it!

As the article you refer to says, boys, in particular, are not coping with an increasingly narrow academic approach to learning- they need activity outdoors.

Until things change I guess it is Ritalin?

I think you are right. The differences beween boys and girls is another factor to take into consideration, along with the learning style and particular talents and passions each learner has, when it comes to helping them realize who they are and what they could become.

Personalizing learning, to develop each learners individual talents, is the only answer. Reverting to single sex schools to give boys a better chance is not solving the problem and would take us away from transforming current schools into true 21stC learning communities.

The answer isn't single sex schools for boys and girls - it is transforming schools into personalized learning communites so as to develop the talent of all students. Single sex schools are the most traditional and conservative of all.

It is scary that 1 in 8 of all US students are medicated with Ritalin and that 80% of those on the drug are boys.

Something is wrong with the schools not the boys!

The answer isn't single sex schools for boys and girls - it is transforming schools into personalized learning communites so as to develop the talent of all students. Single sex schools are the most traditional and conservative of all.

It is scary that 1 in 8 of all US students are medicated with Ritalin and that 80% of those on the drug are boys.

Something is wrong with the schools not the boys!