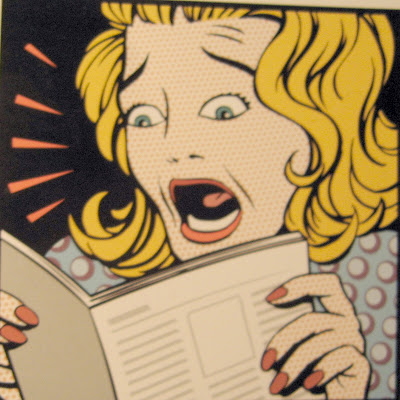 Reading, and writing, are not just processes to be 'achieved' but are all about power - power of the imagination, power of gaining messages through literature, and power to gain and share ideas that can change how you think. Unless students, particularly those from from families who lack 'cultural capital', appreciate this power why would they bother to read or write?.

Arguments about literacy never seem to go away. Phonics or whole language arguments occupy literacy critics. Like the nature/ nurture argument the answer is both. Either or arguments only force proponents into corners; the future is always the best of both.

The trouble is that too many teachers can't see past literacy and numeracy demands ( 'targets) to see that it is the evolutionary desire to learn, to make sense of things, that is the most important 'literacy' of all. Guy Claxton calls this 'learnacy'.

If a lack of cultural capital is limiting many students who enter our school system then this is where teachers must begin. This goes well beyond what is called 'whole language' or phonics. Teachers need to look back to pioneer educators who really appreciated the power of personal experience and the power of having the skills to express things that attract learner's attention. It is this power that is the genesis of 'organic' reading and writing programmes. Such an 'organic approach' appreciates that the other learning areas ( now being neglected) are the key to provide motivation for students to utilize their curiosity and imagination.

In New Zealand, one such pioneer, was Sylvia Ashton Warner who developed her ideas in the 50s. Thankfully there are still some creative teachers who still utilize aspects of her ideas. She called her approach 'Key Vocabulary' and started her students reading and writing with words from their own experiences. She saw her young students as having a mind 'inhabited by instincts; wants, fears, desires and loves, hates and happiness. She saw her role as 'engaging in conversation' to help her students express their personal feelings and from their idea their first reading books. She believed in 'using the childs own imagery as working material; not wholly, but enough to keep it alive.' She believed that this native imagery was being replaced by images presented by modern media and when when idea come from somewhere else it results in 'lots of carbon copies' and we of 'get' conformity. 'Books made from their own vocabulary , their own lives, drama, and their own vocabulary, have a natural place in organic work.'

Thankfully there are still some creative junior teachers who continue to use aspects of Sylvia philosophy of valuing the natural imagery of each student as the basis for developing their reading and writing programmes -and with this the desire in each student to continue learning.

In the 60s and 70s these ideas were introduced into upper primary classes based on the ideas of another New Zealand pioneer, Elwyn Richardson. Developmental programmes, whole, or experience based learning, environmental studies, and integrated related arts, all contributed.

Unfortunately much of this creativity has been lost under the pressure of the standardised curriculums and associated accountability demands imposed in the 90s and, today, by the current obsession of schools to achieve reading and maths 'targets'.

The 'new' curriculum (07) offers creative teachers an opportunity to take centre stage once again but we will need new courageous pioneers who are able to inspire others.

Another who really valued the power of literacy was Brazilian educator Paolo Friere. His ideas reflected similar ideas to those of Sylvia Ashton Warner and other creative New Zealand teachers. Paolo worked with illiterate villagers who were under threat from those who oppressed them.

When Paolo, and his co-workers, entered a village his first step was to get the villagers to discuss their lives, interests, concerns and problems.Many were afraid to express their ideas or simply believed that nothing they could do would ever make a difference. It was, what he called, a 'culture of silence' and he set about to teach these villagers 'the awakening of consciousness'.

Slowly the villagers gained the confidence to talk and eventually they put more of themselves into their words, and began to speak with passion and conviction. As they talked Friere noted what he called 'key words'.Friere called these 'generative words' as they generated ideas out of which other words could be built from. Freire would write these words down and show the villagers how to write them, and by writing them, take hold of them, own them, possess them, and have them for their own use.

From such beginnings he was able to help the villagers, after a hard days work, become functionally literate over a period of eight weeks.

Too many of our failing children ( the 'achievement tail') and illiterate adults in the workforce, and in our prisons, have never felt the power of reading and writing. They have never understood the link between their speech and the written word, and that, behind every written word there is a human voice speaking, and that reading is a way to hear what these voices are saying. And, most importantly, that they have their own stories to share with others. This is all about 'learning power' rather than phonics and whole language.

Teachers don't 'teach' students to read, they provide the conditions to tap into students felt concerns to allow the innate evolutionary ability of all learner to 'make meaning' develop.

Sylvia Ashton Warner, Paolo Freire, and many creative teachers, have shown it can be done. What we now need are new creative pioneer teachers with the courage to believe to do whatever it takes. Such teachers, like Sylvia and Paolo, will have to believe that 'authentic' curriculums 'emerge' from their students innate talents, interests, dreams, passions, concerns and problems.

Reading is about power. It gives students a chance to celebrate who they are, to develop a positive learning identity, able to change things for the better.

Anything that increases peoples sense of their own dignity, competence and worth is sure to contribute to making the word a better place.

Literacy, in this respect, is central to being valuing the individuality of every learner but is not what I see in many classrooms today.
Posted by Bruce Hammonds at 12:15 pm

Hi Bruce,
In my family I was raised with the belief that knowledge is power and the best way to get knowledge is to read.
Reading and 'literacy' skills need to be flexibly, adaptable and across a diverse range of contexts. Science, the arts, random thoughts of others - this is how we get windows into minds of others and try on the ideas of others - real or imaginary ideas.
Reading should have a pursuit of a passion in my humble opinion. Not new ideas - just what I was raised with and try to put into action in my classroom on a daily basis.

Hi Bruce
would you like to talk to staff of Toko and Ngaere School sometime earlier in term 4.
Theme to be confirmed, but very much along the lines of recent blog posts re learnacy!
We have been working together a bit of the development of NZC.
Likely an after school session of an hour or so.

I will be in touch to arrange this Rich.

I am just curious how do you time yourself when you are reading.I use my phone i set a certain time and see if i can beat the time.I maybe sound silly,but that what i know