A vision of Schooling 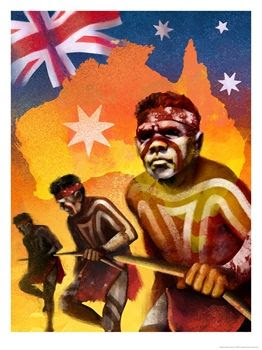 The thoughts following have been selected from a paper written by Phil Cullen a highly respected Australian educator and former Director of Primary Education Queensland 1975- 1988. He is critical of the direction education has taken and believes in a system that has faith in the creativity of teachers. He is very concerned about such imposition as national testing. His thoughts resonate with those of Kelvin Smythe and hopefully myself. Maybe it is time for back to the future? See Phil Cullen's full paper on his website.

In his forward to his vision for schooling Phil Cullen writes that he is a 'has been' and that 'nobody takes much notice of has beens'. He says 'he loves primary schools and truly appreciates their importance'.

He asks us to enjoy his thoughts and writes 'I just wanted to do it, so I did'. He doesn't expect anyone to take notice but we would be wise to listen to his wisdom. It is in short supply in our own technocratic Ministry.

I have certainly taken notice.

Phil Cullen is one of those people who has great faith in the power of primary schooling and has great faith for teachers who spend long, unbroken, learning charged hours with young children.He shares with Abraham Lincoln that the fate of humanity is in their hands.

He also shares with others, including myself, a vision that portrays schools as exciting learning places where pupils will not just be happy to attend, but will be anxious to do so.

The time has come for the world of primary education to be returned the their owners rather than the 'top down, some-one-else should know what to do' position. Certainly in NZ our lack of achievement indicates that little has improved since the 1980s; the Emperor has been shown to have no clothes!

Phil Cullen believes that children love learning, it is natural, and 'unless their lust for learning has been fractured they go for it'.

When curriculum are 'delivered' from those on high who know 'there is always the ever-present hope', Cullen writes, 'that the curriculum offerings do not interfere with, or spoil, pupils natural love for learning'.

The imposed NZ curriculum of the 90s have done just this.

Those who compose the syllabus suggestions need to know what they are doing so teachers can convert them into realistic programmes. Such writers need to have been done there and and done that in the classroom, Cullen writes.

It is obvious that this has not been the case since the 1990s in NZ as we have struggled to adapt an international standardized curriculum in our schools. Thankfully it has been discovered, somewhat belatedly, that the emperor has had no clothes. Unfortunately our 'new' curriculum is now being put at risk by the imposition of national testing before it even gets off the ground. Cullen regards blanket national testing, limited to easy things to measure, as an intrusion that appeals to politician and others who like to quantify progress

The classroom , Cullen writes, is the engine room of a country's future and no matter what is written it is when the teacher and the pupils get together that is what matter. Such testing is disrespectful of teachers, wasteful of school time, costly, and destroys the 'curriculum spirit'. 'learning' he says, 'is ongoing, developmental and joyful'.

'Schools are places that are especially constructed for deliberate teacher-pupil learning exchanges.A country's greatness is judged by the way it treats its children.If quality schooling isn't its first priority what is, he asks'? And continues, 'It's the quality of the interaction between teacher and pupil that ensures real learning progress.'

Cullen sees the pedagogical gap between primary and secondary education clearly but asks of both system that they contribute , by the end of schooling, that all pupils will leave wanting to contribute to be 'keen learners with idiosyncratic learning styles'. Cullen likes the word 'learnacy' coined by Guy Claxton. 'It is vogue word', he says, emphasizing, 'that there is one 'acy' word that says it all.Literacy and numeracy are part of its domain.It encompasses them and almost every other aspect of human endeavour.'

Claxton, Cullen notes, suggests there is a gap between the way we learn in school and the way we learn in the outside world and that children are hungry for the three Rs - responsibility, respect, and reality and that these can only be achieved through the three Cs - choice, challenge and collaboration. Claxton believes, and Cullen agrees ,that all children should retain their birthright to learn.

Claxton's idea of learnacy, or 'learning power', are very much in line with the key competencies of the NZ Curriculum.The word learnacy suggests that the object of schooling is to develop each pupils idiosyncratic learning styles to the nth degree.

This is obviously not the case at present in New Zealand where the 'once size fits all' mentality still persists and this conformity will only be amplified by national testing.

There is no need for any distinction between process and content as both, Cullen believes, 'can live happily together and it is essential that they do so'. Acquiring basic content is part of the process of achieving high levels of 'learnacy.

Learnacy must however predominate in the teaching acts and that pupils accumulate more basic knowledge while this 'feeling' is predominates. 'The more creative teachers', Cullen writes, 'have achieved outstanding results just by their determination to help each child earn thing better.'

This is a far cry, says Cullen, from the 'efficiency hawks' that see learning as test results a process that 'removes all sparkle and joy from the learning process'.

Cullen is an advocate for valuing the uniqueness of every learner and believes that each child determines the appropriateness of each learning experience for her or himself and no attempt at standardization will seriously alter the differences between them.

The modern primary classroom, Cullen writes, is one of the most complex social institutions on earth and those in authority must keep in mind the eccentricities of students individual needs. This has not been in the minds of those who have pretended to know better the past decades!

Imposed curriculums have put at risk the demanding and mentality challenging one to one exchanges between teacher and learner that learning requires. When pupils feel they are learning what they want to learn, 'the world', Cullen writes, 'is their oyster'.

The creative primary approach to teaching has had a long history and one Cullen's own history gives him the perspective to appreciate. The system before self managing schools (in NZ 1986) had advantages we have lost, none the least advisers and enlightened inspectors who were able to share a wide variety of teacher's wonderful ideas.

It is time, Cullen believes, for a rethink to reflect on what we it is we have lost. We need, he believes, to ensure that those in the bureaucracies are people who have had the hands on experience to know what they are doing. This is not the case at present.

In the past we valued those who knew what the operations of a school was like, people who had run a range of schools during their careers ; they had been there and done that. The old school inspectors were of this ilk, they had a close connection with curriculum development and creative teachers. As Cullen writes, ' they flew with pollen on the wings for they could recognise a good idea and were able to spread its use'. In New Zealand this sharing was assisted by advisers selected for their enthusiasm and not ther ability to 'deliver' a contract.

All this came to an end in Queensland 'about the 1990s when managerial eggheads , whose knowledge of business and corporate structures was regarded as profound moved in.' Managerial new talk' and corporate language took the place of 'school talk'. According to Cullen it was an 'unadulterated debacle' but for those involved in there was no choice - or so it seemed at the time.

The general state of affairs has remained drastic and is likely to deteriorate further. The trouble is, says Cullen, the 'the power folk think the problem lies within the schools, instead of what they have done to them. Again they are starting at the wrong end.' National testing and performance pay will only make things worse.

Both in Australia and New Zealand there is a leadership vacuum in schools to provide alternatives; educational voices ought to be influencing those in power.

As the business world's financial system crumbles it is time for a real rethink and what better place to start than education. It we want to create a sustainable country and to ensure all students leave our schools as 'confident, connected , life long learners' it is obvious that our present system will not do.

We need to tap into the wisdom and experience of those who really know how to create the conditions to inspire creative teaching if we are to move away from the present day business models and managerial experts who tend to structure things from the top .

Phil Cullen says , 'I am alarmed by what is happening at present, especially when I see the wonderful work that classrooms teachers are doing. They need proper support. Unless there is a return to purposeful administration and a revitalisation of each classroom, I remain fearful for the future'.


I am with Phil Cullen.

As it was said in New Zealand in 1986 'good people poor system' .Unfortunately what replaced the previous system has failed to live up to it's 'market forces' promises.

Their must be a better way.
Posted by Bruce Hammonds at 10:40 am


We have just had a great 5 weeks finding out about the history of our school and district. In one class only one of the children said they did not love the unit - and he just wanted to find out about where he was from instead of Marton.

Sound lke a 'authentic' topic to me - one where kids could do some real inquiry based research.I guess we all want to find out about ourselves - and who we might become. I fixed up the link to Phil's site and you would enjoy reading all he has written.

It is great to see someone with past authority and with such a passionate a belief in the creativity of teachers speaking out -I wish there was someone like him in our country. They must still be around? It is time for them to speak out against the tecnocrats that replaced them.

I also wish there were some from before the 'technocratic revolution' who feel the need to express their thoughts like Phil Cullen. Kelvin Smythe is one such person - and myself.

Phil calls himself a 'has been' but he would be pleased to read the positive responses I have had from people I sent his full article to.