Oruaiti - the genesis of creative teaching. 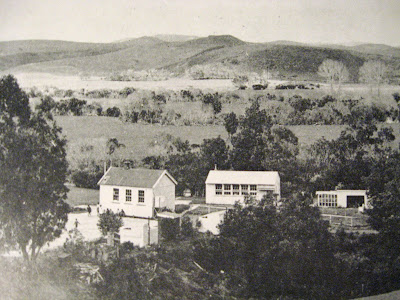 I am off next week to present to the North Auckland Principal's Conference and it seems appropriate to give thought about the innovative creative teaching that emerged out of a small Northland rural school Oruaiti. The school's principal was Elwyn Richardson New Zealand's premier pioneer creative teacher.


I will be within a short car drive from Oruaiti school next week. It is an opportunity for me to reflect on the writings of 1950s pioneer creative teacher and principal Elwyn Richardson. Elwyn's ideas have been a life long inspiration to me and are exactly what New Zealand teachers need to give thought to if they want to value creative teaching.

In the forward to Elwyn’s publication 'In The Early World' John Melser writes that the book, ‘gives a vivid picture of a school full of vitality in the pursuit of values deeply rooted in the children’s lives and capable of serving them lifelong’. ‘Oruaiti School’, Melser continues, ‘functioned as a community of artists and scientists who turned a frank and searching gaze on all that came within their gambit. Curiosity and emotional force led them to explore the natural world and the world of their feelings…..Studies and activities grew out of what preceded them. New techniques were discovered and skills practiced as each achievement set new standards.’

From such environmental inquiries Elwyn’s students learnt answers, Melser writes, to the question ‘who am I? They gained respect for their and others achievements, taking great pride in their craftsmanship or artistry.’ It was a form of disciplined personalized learning set in a ‘community of artists and scientists.’ Elwyn’s work was based on an awareness of the natural world involving careful scientific observation and a demand for personal and excellence of their ideas in whatever medium used.

Elwyn’s role in achieving personal and artistic excellence was a delicate and encouraging one, always humbly ready to learn from the children. Elwyn has written elsewhere that ‘the children were his teachers as much as he was theirs’. The results were certainly not the standardization of product that one sees today; the result of over teaching. Believing in high standards to Elwyn each new creative product mattered as much as the process.

Elwyn, along with all the other creative teachers I have had the privilege of working with, responded to all children’s efforts and achievements with sincere interest and pride. His book is a testament to his love of children’s ideas and imagery and, the respect he gave their work, respect that was returned in kind to Elwyn. Elwyn gave his students Melser writes, ‘an opportunity to reach their full heights as artists, as craftsmen, as scientists, and as students’ in a ‘community of mutual respect’.

As mentioned It is this vision of creative teaching that has inspired me and one reinforced by the all the creative teachers I have seen over the years.

His ideas are to be found in his inspirational book ‘In the Early World’ first published by the NZCER in 1964 (reprinted 1994).
Posted by Bruce Hammonds at 4:18 pm

Wow Bruce! Do you mean there were good ideas when the world was in black and white ( your photo I mean)! Only joking but sometimes it seems those who pretend to run education can't think back that far. It's a great book from a really creative individual.

And I though that the picture wasn't black and white. I thought it was sepia-toned!

It just goes to show how knowledge of fashion can alter awareness.