The Treaty of Waitangi - what do your students' know? 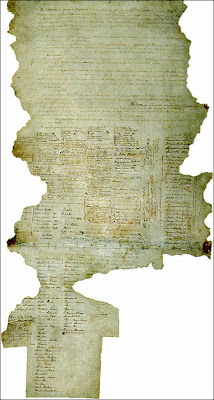 This weekend we celebrate the signing of the Treaty of Waitangi. This is a great chance to learn more about the Treaty, to develop an inquiry attitude and how such a Treaty might work in the class.


A wise teacher should take advantage of important events in New Zealand history such as the signing of the Treaty of Waitangi.

As the celebration comes early in the year it is a good opportunity to introduce the students to how they will be expected to learn in the class; how to work together to develop critical thinking; how to value their own ideas; how to deepen their understandings and how to apply lessons learnt to their own class.

The message teachers need to give is that in all learning students need to follow up their own questions, to learn how to make use of whatever resources are available and, as a result of their efforts, to gain a deeper understanding.

Such a study could begin before the day and conclude the days following.

The first thing is to ask the students what important New Zealand event is happening over the weekend. Some students will be aware of the Treaty.

When the Treaty is in their minds the next thing is to ask them what they know about the Treaty.This can be done individually, in small groups ( that could report their combined ideas back to the class) or done as a whole class discussion (with the teacher writing up their thoughts). From such activities the teacher can then help the class write up all their 'prior' knowledge , misunderstandings included. Older students could write out their own 'prior' ideas - when such ideas are read by the teacher the range of understandings will be apparent.

At this stage teachers need to introduce some resource material for the students to study - most schools have facsimile copies of the Treaty to display and there is a range of pictorial and written resources that can be studied as part of the literacy programme as guided reading. A map of Northland would valuable to introduce focusing on the Bay of Islands. A chronolical tiem line of events might be drawn up to clarify the happening before and during the signing. This is the time for some old fashioned teaching about the facts about the Treaty.

During the afternoon inquiry time the information gained from resources available can be used for students to answer key questions. Early in the year it is possibly best for teachers to help students define a small range of 'thinking' questions. Question should encourage comparisons and ask for students' opinions and feelings and not just be copied out as is often the case. It is a good idea to encourage students to list the resources they have made use of.

A range of outcomes could be negotiated with and developed by the students.

The teacher might take the opportunity for the class to develop a set of class rules and this could be written out on a suitable piece of paper to look like the original Treaty.

Students could study some of the main characters in and observers to the signing of the Treaty and write accounts from different peoples' perspectives - how such people might be feeling about the Treaty. Students would need to call on the knowledge gained during literacy time.

Junior teacher could write a 'big book' by scribing students thoughts about the Treaty.

Older students could complete a study chart or booklet following guidelines from the teacher.

The whole scene of signing the Treaty could be acted out with students dressed in suitable clothing ( which will involve condesable rearch). Students could compose some thought poems about the happenings of the day. Perps thay could compose dary enrty for the day -as no doubt people would have done ( thosewho could write that is)>

Each student could choose an element of the signing that appeals to draw and later enlarge to paint or crayon. Once again this requires visual research and assistance from teachers to ensure the painting has some dramatic focus. In such times artists would have recorded the events by drawing - students could consider how such event would be recorded today.

To conclude the study parents might be invited to look at the work at the end of a school day or students ideas gained written out and sent home.

At the least students could copy into their study books their prior thoughts and what they now know with suitable illustrations.

An event such as the signing of the Treaty provides an opportunity to bring history alive for the students as well as introducing ideas about how they will be expected to learn in the class.

Next year there might be new clause - the seabed and foreshore are to be owned by nobody?