Weighing the Pig -an exercise in national Standards testing 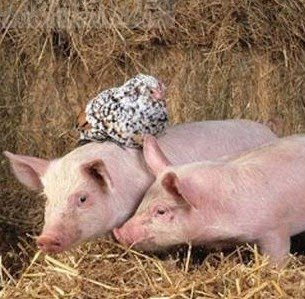 Another fable from my guest presenter Mac. It is obvious that the idea of each school working out each kid's standard will be become a nightmare of data collecting and inter school moderation and that, sooner or later, a national test system will be imposed. And then on to league tables...


It was Wednesday 9.30 a.m. the 5th week of Term 3 and in all classrooms, in all schools throughout Aotearoa, children were preparing to commence their National Standard test in Writing. Teachers were now able to open the sealed instructions and start their children on the test taking care of course not to give any instruction.

Janice read through the instructions and rolled her eyes skyward as she realized what her class would be writing about “What I Did Last Night.” “How absolutely pathetic”, thought Janice, “after all the interesting writing we have completed this year to ask my kids to write about this. Well Johnny will be OK he will just write -‘keeping out of Dad’s way’. Wonder what level that gives him when it’s marked? Nathan will be fine too he will make up a wonderful story about last night, most of it untrue yet very readable. He has the makings of a politician or a real estate salesman!! and the majority of the girls will be fine. Oh well let’s get this over with.”

George was thrilled when he started his class on the writing task. “Great, we’ve been practicing this all year”, he thought to himself,“the class should do well and their results should help the school’s overall scores. I’m sure my class will remember the stuff I’ve shown them for completing a test like this and the boss will be thrilled with the outcomes.”

“You poor kids,” thought Leanne. “All year we have worked on your creative writing, using your wonderful ideas and expressing yourselves in a lively and colorful style and now you are asked to write this boring stuff. Oh well I’m sure you have remembered enough of the work we did on adjectives and such like to be able to handle this task. If only those who implemented this sort of time wasting had come and asked me I could have provided them all the information they needed on the achievements of my class including those for a range of competencies in addition to just Writing.”

Meanwhile in an office far removed from the classrooms of Aotearoa, both physically and philosophically, the Minister with Responsibility for Eliminating Creative Teaching was discussing with her colleague the Minister with Responsibility for Lowering Unemployment the outcomes of the surveys both their departments had just completed. “Its easy for you,” stated the MRECT. “If your results come in worse you just issue a statement that says it’s because there are less jobs and the public accept this. The results of the testing we have done so far show that the achievement tail is still sitting at 5% with another 20% somewhat below expectations and it doesn’t matter how I spin it the outcome has remained the same over the last two terms. I wonder if we introduce two tests a term if this would help? I will go back to the experts in my Ministry and ask them.”

Janice headed off to morning tea sombre, but not distraught, about what she viewed as a farcical waste of a morning in terms of kids’ learning yet by the time she had finished her coffee was thinking about the Maths lesson after play and how she would make it interesting for the class and cheer up herself, and them, by making it a fun time.

George was careful to sit next to the principal at morning tea time and told her how well his class had handled the Writing test. In his usual “eager beaver” manner he was looking forward to getting on to Maths after play and giving the kids the necessary skills to handle the Maths test later in the term. It was no surprise that after play when the principal visited his room the class were all working quietly from the same page in the Math's text book practicing algorithms that could possibly appear in the next National Standard test.

Leanne whistled as she quickly planned the rest of her day. Natalie bringing the baby rabbit to school gave her the ideal motivation to fill the rest of the day with some child-centred activity. Onto the whiteboard she wrote the outline of activities for the class so that they could work at their own pace on research, observational drawing, creative writing, music, dance and other forms of presentation. I’ll catch up with the Maths tomorrow she thought this is too good an opportunity to miss and will give me the chance to work with those who need some additional help- the help my own assessment indicated. She sipped her tea and added her planning notes into her planning folder just in case someone wanted to see why she had not followed her original day’s plan.

Meanwhile in an office far removed.…
Posted by Bruce Hammonds at 12:09 pm

Mac is pointing out, to those who can't see past their noses, where all this standards stuff is leading us to. And guess who will finally benefit - not the kids, or teachers, but test writer John Hattie and his academic friends! And then we will have a system as 'good' as the Americans and the British!

How did you know that I and my class love creative writing? Observational writing, memoir writing - all highly motivating. I too fear that those suspicious of our ability to assess for learning, will tighten everything down with a national test. That day will be a very dark day! A sad day for my grandchildren and a day when creative teachers will walk away from our profession.
Janice

The acceptance of standards will begin the day when creative teachers walk and leave teaching for those who know no better.