What does the future hold for schools in New Zealand? 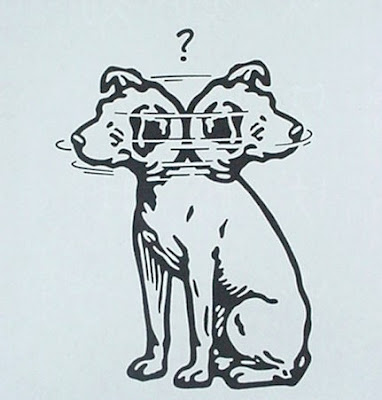 Lets hope New Zealand principals read and take on board what you have written.

This has been brewing for a while. Thanks Allan for summarising and collating many links. I have added these to my reader.

I have been meaning to contact you Allan and make time this term to come and see you at school.

Alan, according to your first statement any school that is complying with the MOE are not putting children first. I think that is wrong.

I am a supporter of NS and think that once they are developed a little more they will be a valuable tool for schools and parents to see where their students and kids are.

NS have bought clarity to my school and our learning and assessment programme. It means we don't muck about so much on things that dont matter and the students seem to enjoy the challenge of striving to attain different levels.

Surely if Primary teachers believed so passionately about 'evil national standards' they should been more vocal when their pay negotiation came around last year. you had the perfect platform to do something but didn't.

Ozy Mandias - did you actually read any of the article apart from the first statement? How about rebutting some/all of the other issues raised? Or those in my previous postings? Or, what about all the points Bruce has raised? Kelvin Smythe? Phil Cullen? Lester Flockton? I'm looking forward to informed debate over all these.
Allan

A school to stay away from I reckon Allan!
NS provide the clarity of concrete. I would love to visit his school.

Oh Ozy! I despair when I read that NS brought clarity to your school and your learning and assessment programme! I truly groan, then my blood pressure spikes and I think I may have a stroke!
Then you state you no longer muck about on things that do not matter?
Like... what? Rich, authentic learning experiences! NS policy will go down in history as the biggest educational disaster ever! It is sadly only a matter of time! NS in their current form offer my school no clarity at all, they offer a conflict of what we know is right, and a set of meaningless flaky statement.
Here is one example of what NS is doing to childrens learning. In order to accelerate 5-6 year olds to the NS a school has weeded out all the fabulous readers that are NOT just high frequency, repititious stories. Gone are the Science readers with additional vocab and high interest!
If NS improved what your school was doing, I despair what you were in fact doing?
We all want a high standard, but we do not want or need high stakes assessment nonsense! Re think Ozy, you are barking up the wrong tree here!

Of course I read your article Allan. Just could really get the first paragraph.

Most of what you have written I agree with; the government will force the hand of education in New Zealand; NZ get much of their education ideas from overseas.

Anonymous ( do you have a real name or just don't like putting a face to your argument?)

National Standards have not been implemented well and there are vast aray of problems. However, does that make them bad? I persoanlly dont think so. Our education system needs to have some sort of guidlines for parents, students and educators.

Your example is hardly compelling about why we should not have national standards. If a school was going to make rash decisions like that then you would have to question the leadership at that school.

Finally I may be barking up the wrong tree an if so I dont mind leaving. If you want a blog where everyone agrees then that is fine but sometimes some other views can be important.

The answer to your first question: I truly believe that any principals and teachers who voluntarily work to set up standards in their schools are not putting children first. Note I didn't repeat your wording "schools that are implementing..." as last time I looked, schools weren't conscious and decision making beings. Nitpicking, yes, but also important to use language that defines what is going on. Using 'schools' in this context belongs to the same word games (newspeak) as 'lifting the bar" (which BTW, comes from USA, not our govt).

Your second question is extremely valid and I can't answer it. Bruce, Kelvin, Lester, and many others flagged the dangers from the outset. The National Party policy in 2008 was very clear and the implementation of this has been transparent. So, as you ask, why didn't the fight start much earlier?

Final comment: any teachers who do not know how their students are doing in literacy and mathematics (without having to add NS to their evaluation toolkit) need to have a close look in the mirror and examine their lack of competence. Your first comment implies strongly that without NS, teachers in your school would have no idea on how their pupils are doing, and that is a big concern. Reflect on that.

Thanks for the dialogue.

Thanks Allan
I totally agree with your last comment. Teachers that dont know where their students are at shouldn't be in the game. And that for me is the beauty of National Standards. It is formalizing and making teachers report to parents on things that teacher already know. Surely that is a good thing.
My basis for advocating National Standards as being a good thing is the information that it gives parents. I believe parents want to know 2 things about their children while they are at school.

1. How they are doing socially/behaviourally?
2. How they are doing academically?
From my experience of teaching in a variety of schools (deciles/country/positions/year levels) over the last 9 years is that on the whole New Zealand schools have not explained the second of these questions well to parents.
Prior to NS we have maybe shown a couple of test results, given them a work sample, given some steps moving forward if the parents were lucky and the school was onto it. For me National Standards forces teachers to EXPLAIN, SHOW and STATE exactly where a particular child sits academically at this point in time. I believe it should help parents if they know that their child is below, at or above the standard expected for their age.

Now I should explain myself a little more and say I don’t believe National Standards are going to be helpful for some sectors of our society and some schools. I currently work in a Yr 7-13 high decile, urban, fee paying school and I think the system is good for our students. It motivates the majority of lower ones and those in the middle generally want to push and develop themselves. Infact for our students I find the Standards don’t push the really bright kids enough and this could be an area that they are improved. However, I have taught in school situations where I don’t believe NS would be beneficial.

I realise that I am in the minority amongst primary school teachers but I feel that the NS give parents the exact knowledge that they need for their kids. Personally I would be adverse to a national test at Year 8 level either, but that is for another day.

You think I am off the mark with NS standards. Don’t get me started on the numeracy project. ARRGGH!!!

I find this doesn't reconcile very well with the drastic variation in assessment between schools. We have had students transfer in with a prior assessment of 'at' or 'above' who have been assessed as 'requires urgent intervention' by our teachers. I can only assume that some schools are passing everybody in order to get a higher position on the league table.
Are you experiencing this kind of variation? Or is it only a problem for lower decile schools?
We are decile 1.
I would rephrase your statement to say "NS give parents false knowledge".