Howard Gardner on creativity – are schools encouraging creativity? The challenge of creativity.

Gardner writes in his book ‘Five Minds for the Future’ that he is often asked about how to nurture creativity. He quotes corporate visionary John Seely Brown who quipped that in the world of tomorrow people will say “I create therefore I am”. Brown was of course adapting French mathematician Rene Descartes 1637 statement “I think therefore I am” but it is an important difference.


Gardner says his audiences expect him to fully endorse creativity but creativity in human history was ‘neither sought after nor rewarded’.  Human societies are naturally conservative – and schools particularly so. Humans strive to maintain their current position and in schools this mitigates against educational innovation and interdisciplinary leaps


Many people we regard as great thinkers had in their day a difficult time with their ideas –  Galilee Galileo comes to mind but at least he wasn’t burnt at the stake but had to officially recant his ideas. People like Bach and Vincent van Gogh, Freud and Darwin were not at first appreciated. 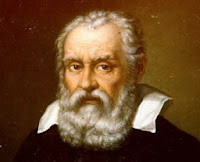 So creative individuals are seen by society as a mixed blessing; creative teachers, past and present will attest to this. Creative individuals are all too often discouraged or ignored by those in power but Seely Brown is right, to thrive in the future organisations and individuals will have to be creative or be left behind. A number of big corporations have paid the price for not being creative and this will apply to schools as students find what is provided irrelevant and instead turn to gaining their learning from other sources.


By definition all life is creative and schools ought to be the best place to develop the creativity of all their students but this is currently not the case. Creativity, according to psychologist Mihaly Csikszentmihali, occurs when- and only when – is recognised by the organisation as valuable and adds to the success of the organisation. In schools unfortunately the press is for consistency, conformity or compliance, with the imposition of National Standards, the situation can only get worse for creative teachers. A ‘one size fits all’ approach is not a healthy environment for creative thinking. In such environment creativity is replaced by advice from ‘official experts’.


What is it that contributes to creativity?  According to Gardner 'the creator stands out in terms of temperament, personality and stance.  She is perennially dissatisfied with current work, current questions, current answers. She strikes out in unfamiliar directions and enjoys – or at least accepts – being different from the pack.’  Such an individual doesn’t worry if things don’t work out to plan and is always focussed on finding out – mistakes are a mean to the end.


To be successful creative individuals need a thick skin. Many creative people drop out of school as they do not ‘like marching to someone else’s tune (and in turn disliked their idiosyncratic marching patterns)’. And this obviously applies to teachers who need to be on the lookout for more creative schools to work in.


So creativity is not an easy option. Only a person who is willing to pick herself up and “try and try again” is likely to forge creative achievements….. A prototypical creator rarely rests on her laurels; instead, she proceeds along new untested path, fully ready to risk failure again and again in return for the opportunity to make another different mark.’ Creativity involves lots of hassles but eventual success is addictive.


Such thinking is problematic for schools. If school place too much emphasis on mastery of basic learning requirements (as asked for by a National Standards approach) this will operate against the need for students (and teachers) to be creative.

‘The mind of the five year old represents, in one sense, the height of creative powers’; they are playful, curious and intrigued by whatever experiences they encounter, they perpetually ask questions and persist in exploring topics that that attract them. ‘Accordingly’, continues Gardner, ‘the challenge to the educator is to keep alive the mind and sensibility of the young child. Artists and scientists have always known this.’


Schools, Gardner writes, need to ‘encourage – a regime that featured exploration, challenging problems, and the tolerance, if not active encouragement, of productive mistakes.’ This however is a long way from the superficial creativity many schools talk about – real creativity requires the honing of discipline to result in genuine creativity.


Even in an era of increasing standardisation creativity can still be encouraged by encouraging different solutions to problems, by exposing students to creative individuals, by providing rich experiences for students to explore and by recognising and amplifying gifts and talents that arise through such activities. At this point Gardner’s eight or so ‘multiple intelligences’ come to mind.


As students’ progress through school critical faculties need to be honed but at all costs the fundamentally creative approach to learning of the young needs to be retained.

Gardner writes that ‘if creativity does not infiltrate the DNA of an organisation, it is unlikely to be passed on to the next generation.’ Successful organisation  need to ‘fill their leadership team with individuals who are proven creators’ and that this leadership team needs to work closely with “ early adapters and ingenuous users’….’tapping their ideas’ ….and ‘giving lots of slack to those who think out of the box’. However he warns ‘that at a deep level that creativity is a chancy undertaking that can never be guaranteed – only fostered or thwarted.’ Something for leaders to think about!


Maybe leaders need to see themselves as synthesisers ( another of Gardner’s ‘five minds’)  to balance the creative individuals ‘uncertainty, surprise, continual challenge, and disequilibrium’ with ‘order , equilibrium and closure’. But he says ‘that  for the foreseeable future, those societies that know how to nurture and sustain creativity….are more likely to thrive than those that discourage creativity or those who are restricted to copying what genuine innovators have already achieved and what their successors are likely to surpass tomorrow.’


I think it is time for schools to consider the meaning of creativity as Gardner outlines. Few schools today can really claim to be creative today – and as the National Standards agenda unrolls, with its associated narrowing of the curriculum, it is more important than ever to be so.


‘In general’, Gardner writes, ‘we look to leaders, rather than managers, for examples of creativity. The transformational leader creates a compelling narrative about the mission of her organisation….embodies that narrative in her own life, and is able, through persuasion and personal example, to change the thoughts, feelings, and behaviours of those whom she seeks to lead.’


Creativity quotes.
Posted by Bruce Hammonds at 11:41 am

I can truly relate to "the creator " teacher as I feel "perennially dissatisfied with current work, current questions, current answers" . I felt like that whole paragraph was about ME! It's so frustrating to work in a boring 19th Century environment when we can see the 21st century in every other context of our lives. My brain is buzzing with ideas on how to modernise schools but I cannot find interested ears. Why is it taking schools so long to catch up to the rest of the world?? And why are so many teachers reluctant to change their traditional ways? They should be excited about the novelties and eager to try them out...

Thanks for your comment anon. I think it is very difficult to be creative in schools these days. Teaching has become an audit and surveillance culture punishing creative teachers who by their nature think out of the box. The trouble is that schools are inherently conservative and principals more concerned with looking good than being creative. And few principals were themselves creative. In such an environment teachers are reluctant to take the risk to be creative. Easier just to go along.

My brain is droning with concepts on a way to modernise colleges however I cannot realize interested ears.