Max Rashbrooke :N Z A Paradise Lost –now a land only fit for the rich. Inequality in NZ

﻿
What has happened to a fair go for all? 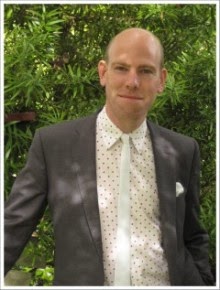 Recently I attended a meeting to hear Max Rashbrooke talk about the findings from the book he edited called ‘Inequality A New Zealand Crisis’ published 2013.


There are those who  suggest that the inequality gap will become a key election issue in 2014. The divide between the richest and poorest New Zealander has widened alarmingly over recent decades- faster than in most other developed countries. The effects of this inequality, the contributors to the book write, will affect us all.


God’s own country –  once supposedly the best place to bring up kids in the world, seems no longer to be the case. A country originally founded to escape the worst of the class structure of England seems to have given up on the idea of giving a fair go to all citizens. The view of many well off people now is that the poor are the authors of their own misfortune and only need to set about and pull up their socks and all will be well; there seems little empathy for those in difficult situations.
Is this divided disconnected world of rich and poor to be our future? Is there an alternative?


The contributors in Rashbrooke’s book share a common concern about the societal risks posed by the growing severe income disparity and with a desire for the issue to be properly debated.
Since the 1980s the number of poor has doubled. No matter how one defines poverty it is obvious that there a growing number suffering stressful lives just to survive from day to day. In contrast the top 1 per cent owns three times as much wealth as the poorest 50 per cent. The rich are growing richer.
Any free country will have differences in income but in New Zealand the gap is reaching a tipping point. Poverty is deepening for a growing number of citizens.  Child poverty is reaching between 170,000 and 270,000, somewhere between 1 in 5 of our young.

Our current Minister of Education is busy blaming our schools for 1 in 5 children failing without drawing an obvious relationship to 1 in 5 children living in poverty!. The answer to school failure all too often lie outside the school gates. One report places New Zealand’s child health and wellbeing as 28th out of 30 developed countries. Add in issues of poor housing, high prison rates (where New Zealand has one of the highest rates in the Western World) and unemployment particularly of young Maori and Pacifica and the problem is hard to ignore. One in five Maori and Pacific households live in poverty. Around 800,000 New Zealanders live below the poverty line as determined by the amount of disposable income after taxes paid and benefits and tax credits added.

While many well off New Zealanders tend to ignore the problem the contributors to Rashbrooke’s book make the point that poverty is not just a problem for the poor. In more equal societies people have a greater chance to advance than in unequal societies – there are greater equality of opportunities available to encourage creativity and innovation.


In our school environment it is not an achievement gap that is the problem it is more an opportunity gap – too many young children, through no fault of their own, enter school lacking opportunities to give them a good start. These opportunities need to be provided before children reach school combined with schools developing more personalised approaches that value theexperiences and voice of their students. Unfortunately, as students move through the system, as a result of ability grouping, streaming and a focus onacademic education, many children fail to realise their potential.


The current government’s answer is to place faith on economic growth but while obviously important it is not sufficient. Those in the lowest 10 per cent of incomes are no richer than they were in 1987 – incomes for many has fallen while the rich have become richer. There is substantial research which suggests high levels of income inequality can stifle economic growth.

Inequality matters.
Unequal societies produce dysfunctional results. The authors of the book ‘The Spirit Level’ (2010)  make a compelling case that countries with higher levels of income inequality perform worse than more equal countries such as the Netherlands and Scandinavian countries. New Zealand, for example, has five times the teenage pregnancies as Sweden.
Inequality also breaks down social cohesion which has consequences for democracy alienating the voices and concerns of those excluded from power with the result that a great number see little point in voting.
Inequality also results in weakened economic growth by depriving society of the contributions of a wider workforce and their associated spending power of those out of work or on incomes that barely allow them to survive. In contrast those with power argue instead for policies that further their own self-interest. More equal countries crack down on such unfairness.
The book makes it clear we are all worse off for having wide income gaps in New Zealand
There was a time when New Zealand was said to be leading the world in creating a modern inclusive democracy. 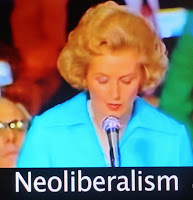 As a result the difficult economic times of the 70s the Labour Government introduced radical changes – a market forces economy  was introduced following the lead of the Thatcher government and the Reagan administration. An emphasis on market forces, deregulation, private enterprise (including privatisation of government assets) with its promise of wealth trickling down to workers became the new ideology.


Trickle down in reality became more trickle up and as a result the rich got richer and the poor poorer leading to the situation we now face in New Zealand; self-interest has trumped the common good. Once again this is in contrast to such countries as Denmark which developed a fully open economy while at the same time reducing inequality. The more egalitarian societies of Sweden, Denmark, Norway and the Netherlands have generally grown as fast or faster than the more unequal societies of the US, Britain, Canada, and New Zealand.
Once we were proud to be an egalitarian society – a fair society for all.


Unfortunately too many of the middle classes have internalised the neo liberal market forces ideology of the past decades  and see little real alternative and prefer to focus on the political party that protects whatever gains they have made even if the common good ( and our environment) is eroded. They have become self obsessed conservatives unable to see the impending crisis  ahead resulting from inequality.
What is required is for a new ideology, based on creating theconditions  to develop the talents of all rather than leaving it to the vagaries of market forces with its emphasis on financial ends
Governments make a difference – one way or the other. The time is right for some new thinking; it is not the time to return to the past state control but to pioneer new ideas to the benefit of all – and our ever fragile environment. Thinking based around opportunity, fairness and creativity.
﻿
When it comes to providing opportunity, once conditions of poverty has been faced up to , education is the key. An education that looksto the future rather than replicating the past.  An education premised on developing the gifts and capabilities of all learners; a system that engages all.

The late Sir Paul Callaghan argued, ‘If we care for our environment and create a just, equitable and creative society then we can attract the best in the world.’

Time for all to revive the ideals of democracy in our country  to celebrate and recognise the voices of all. Our country, our diverse people, and our unique environment, are too important to leave to the self-interest of the market, the rich and the corporations.
Only if we all work towards ensuring everyone gets a fair go will we work towards Paradise Regained.
Posted by Bruce Hammonds at 6:12 pm