The NZ numeracy programme under attack - the good , the bad and the indifferent and some real alternatives.

You can read the whole report for yourself if you wish.

The forward written by a banker states:

'With this report, the New Zealand Initiative is raising a timely discussion on this important subject. It argues that the move away from rote learning in our primary schools over the past 15 years has meant that schoolkids no longer get the solid grounding in the basics of maths that they need'.

'Finding the right balance in our schools to inspire and engage children in maths from an early age is critical for their success, and for New Zealand’s'.

I agree with the second comment but worry about this suggestion to move back to rote learning.

Vince Wright's quote from the report below indicates the problem with imposed 'best practices' - they easily revert to 'fixed practices' and sideline 'next practices'.

'The freedom and flexibility of the smaller projects was lost in the interest of national coordination. You put some tools in place and they become a hegemony – a practice – and that restricts your ability to say, can we do this any better'? — Vince Wright, ex-Ministry of Education, personal interview (16 December 2014)

A good idea lost in translation?

The report was countered by a NZ Principals Federation  statement:

‘The latest research on the state of mathematics teaching and learning released by the business group NZ Initiative, may have reached quite different conclusions had it sought critical input from education’s academic and professional sector,’ said Denise Torrey, President of the New Zealand Principals’ Federation (NZPF).

The author of the report, Rose Patterson, who is qualified in marketing and psychology, used international student achievement league tables, Trends in International Maths and Sciences (TIMSS) and Programme for International Student Assessment (PISA) as measures by which she concluded that New Zealand children were slipping in maths performance, that the Ministry’s numeracy project had failed and we needed to return to teaching basics. She further concluded that teachers lacked the capacity to teach mathematics and recommended that a teachers’ certificate in mathematical competence be developed by the new education council, EDUCANZ.

‘It’s a huge leap to conclude that there is a causal link between an international league table ranking and the failure of a numeracy project, decline in the standards of mathematical teaching competence and decline in children’s knowledge of basics,’ said Torrey, ‘It’s an even greater stretch of credibility to suggest that New Zealand’s TIMSS and PISA rankings can be lifted by introducing a certificate of mathematical competence for teachers,’ she said.

‘NZPF would welcome a robust study conducted by qualified professionals and academics in mathematics, to identify the benefits of on-going professional learning development opportunities for mathematics teachers,’ said Torrey.

‘It is much more likely that the removal of specialist expert maths advisors has impacted on students’ maths results, not the removal of learning basics by rote,’ she said.

And what about the effect of the Numeracy National Standards - one of the current Government's 'flagship'  educational policies?

It is  also interesting to note that the recent emphasis on the Numeracy National Standards has done little improve achievement or, more  importantly, attitudes towards maths , it has just distorted maths thinking in schools

I am also aware of a number of schools who  have opted out of the Numeracy Programme because they had their doubts of its value.

'A number of us have screamed till we were blue in the face that the numeracy programme was wrong, wrong, wrong … we said leaving out geometry and shape was wrong; we said giving children five different ways to add was wrong (the only children who gained something from it were brighter children, less able children were befuddled, and even for brighter children the time could have been better spent); we said the huge number of objectives, learning outcomes and the like were fragmenting learning, confusing many, slowing it down for all; we said the complex, wandering groups for mathematics was wrong; we said not having numeracy and mathematics combined was wrong; we said the absence of problem-solving, real problem-solving was wrong'.

What hasn't been mentioned is the demeaning use of ability grouping  developing poor attitudes for those streamed into the lower groups.

All too often maths has been reduced to formulaic teaching rather than encouraging students to work as mathematicians working on relevant contextual studies  being integrated into class or group content inquiries as required.

'Mathematics: here is the answer

Posted on June 10, 2015by Kelvin Smythe
Kelvin's reasons why he thinks numeracy is on the slide:
Couldn't express it better myself
A well respected ex maths adviser, and now principal, provided me with his thoughts which are well worth reading - a school that has given away destructive ability grouping making it an exception I would think?

Below are his thoughts:


Introduction to our maths approach

I had a conversation with the academic from Melbourne, Prof. Doug Clarke, who identified that there are 7 stages children pass through in their mathematics development. This is in the same way that infants pass through developmental stages as pre-schoolers with smiling, rolling, crawling, walking, talking etc.

Just as we don’t run programmes to teach each stage and test to see if a child has passed before they move onto the next stage of smiling, crawling etc, nor did Doug ever intend that a maths programme be set up to put children through the stages in linear order. Learning is never as neat and tidy as that. Some children don’t crawl, they move straight to walking.

Doug said it was useful for teachers to be aware of these stages in a child’s mathematical development so that they can assist their learning. So the Numeracy Project is an abuse of his research! He never intended for it to end up like that.

Background to the Numeracy programme.

The Numeracy Project was initially intended as a Teacher Development Programme. For that purpose it is excellent. It makes teachers aware of the various stages and strategies that children use and develop. If it stopped there it would be fine - in my opinion!

As with many other mathematics initiatives in New Zealand, they begin well but there is always a group of people who capture it and turn it into a structured step-by-step, stage-by -stage, fragmented programme! That is where it fails. Mathematics easily lends itself to being broken into fragmented steps of learning, thereby making it easy to measure! This suits the scientific management types who like to measure every step of progress and graph it. It also makes placing children into ability groups very easy.

Learning is fragmented. Teachers plan lots of minute behavioural objectives (now called ‘Learning Intentions’ thanks to Hattie and his ilk). Children have to master each step to progress. The slow group (the donkeys) are always way behind in the programme and by the time they leave primary school they have missed half of the mathematics curriculum. They have been labelled slow because they don’t fit the model of children parroting repetitious recall of maths equations. In fact, they are usually very capable, they have been incorrectly judged and put on the scrapheap forever.

This approach is what I describe as the ‘jigsaw’ approach. The children never get to see the big picture. They never make connections of mathematical ideas. For example, the link between fractions, decimals, percentages, ratios, division etc are never made, because each bit is taught in isolation (1/2 = 0.5 = 50% etc). This is made worse by Learning Intentions because learning is confined to the identified objective, which the child has parroted at the start of the lesson. The opportunity to go beyond that is missed by the child and worse - by the teacher!

Teachers hated planning the meaningless lessons that were prescribed in a linear fashion in the numeracy booklets. It was a chore, not an exciting learning opportunity, to teach this stuff.
Our maths results were going down and parents, teachers, and Board of Trustees were becoming concerned.

This was contrary to the exciting, creative learning we were attempting in other areas of the curriculum. Why keep doing this? 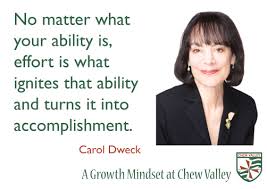 We moved into a problem solving approach with contextual mathematics lessons. This is being further developed right now with resources from the Maths Task Centre in Melbourne, where children are taught to work like a mathematician.

Mathematics is in context, it solves real problems and children
learn the skills as part of the problem solving process..

The teachers are being made aware of:

•     recent brain science that shows problem solving lights up the brain as opposed to doing pages of repetitive tasks where the brain does not light up!

•      what real mathematics academicsare saying - but being largely ignored

I believe there has never been a better time in the last 20 years than right now to challenge the nonsense approach to teaching maths and to make it come alive for children.

The Ministry of Education officials who imposed the Numeracy nonsense on schools should be tied up at the stake and publicly flogged instead of blaming teachers  who had it imposed on them!

Mind you, I do think it is time teachers began to approach education in a more principled way and make some decisions about curriculum, learning and teaching for themselves. As Kelvin Smythe says in his last Magazine... ‘no one knows, there is nobody out there who knows...’

Foolishly we give these people the power and we shouldn’t!

If you want to read more from this 'respected' principal visit this link : Respected principal speaks out about his school's approach to learning and teaching

The school makes use of the ideas of  mathematician and educationalist Professor J Boaler I recommend Professor Jo Boaler's book and also the work of Australian maths educationalist Charles Lovett  (whose work is also used by the above school).

This book, by mathematics Professor of Mathematics Jo Boaler, will transform your attitude to mathematics teaching.

The school above ,led by an ex maths adviser, makes use of her ideas and a school near me has bought multiple copies which has transformed the teachers attitudes towards maths.
The expression ‘there is an elephant in the room’ is the belief that ‘success in maths is a sign of general intelligence and that some people can do maths and others can’t.’

This link to an article by Charles Lovett ( maths educationalist) is well worth the read - better reading than Rose Patterson's misleading report.


So after all that make up your own mind.