The King Has Abdicated

Phil Cullen’s take on the announcement by US academic Gene Glass of his withdrawal from the discipline of educational measurement due to its misuse by the school reform movement. 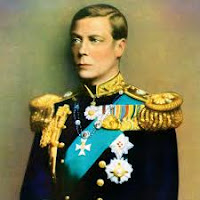 “If ever there was a giant amongst educational measurers of the world, it is Gene Glass, Senior Researcher at the National Education Policy Center at the University of Colorado, Boulder. The seminal mega-research of Glass and Smith into ‘Class Size’ is a study to which any studious commentator refers if ever he or she mentions anything about the efficacy of class size on child learnings. It had an enormous impact on world discussion about class size. His leadership during the 1970’s Minimal Competency Testing movement was profound.”
http://bit.ly/1Nm2AKP 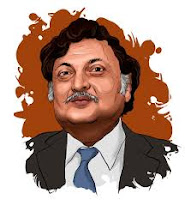 “Sugata Mitra’s controversial new study summarised in the TES here suggests that self study on the internet can boost a child’s performance by seven years. Basically, 8 and 9 year olds studied GCSE content online before being examined three months later in examination conditions. They were successful. It sounds astounding, but it’s true, at least for the small number of children involved. And actually I don’t think it’s that surprising. To me, this is not a study about the power of the internet. It’s a study about the power of children.”
http://bit.ly/1LZ6GXl

‘Growth mindset’ is not just for school students, teachers can grow their minds too

This is is a must for teachers, much more than the ‘can’ in the title. 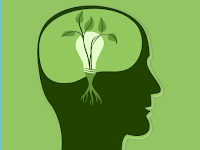 “Most educators would be aware of the term ‘growth mindset’ by now. The idea is you can work on being smarter. Whatever abilities and talents you have are just a starting point, if you work hard, make mistakes and keep trying, you can achieve. Teachers are using it to encourage and motivate children in their classrooms.
But there is another application for this idea; it can be used as an underlying ethos for the professional learning of teachers.”
http://bit.ly/1MEOzH2

“It’s 2013, so whatever you’re doing in your classroom right now is technically 21st century

learning. Semantics aside, we all can improve, and many of us are being held accountable for improvement by administrators, blogs, and the local PLC to “bring the next generation into the 21st


century.” With that kind of pressure—and constant district walk-throughs—it may be necessary for you to fake a 21st century thinking and learning environment to make the right kind of impression with the right people, and give the appearance of forward-thinking.”

There’s a lot of useful information here, both in and out of school.
“Somehow the importance of play has been lost in recent decades. It’s regarded as something trivial, or even as something negative that contrasts with ‘work’. Let’s not lose sight of its benefits, and the fundamental contributions it makes to human achievements in the arts, sciences and technology. Let’s make sure children have a rich diet of play experiences.”
http://bit.ly/1IWKi1T 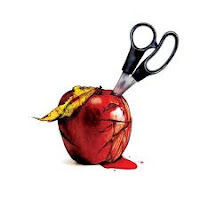 Imagine that you wanted to slowly kill public education

Does this article by Scott McLeod ring any bells for you?
“Somehow you have to create a narrative over time that erodes citizens’ support for public schools and counters their incredible historical legacies of college and career preparation, citizenship development, cultural socialization, economic opportunity creation, and facilitation of intergenerational income mobility. Here are some things that you and your like-minded colleagues might try to do:”
http://bit.ly/1eU0C5y

How Should Learners Influence Classroom Design?

Why Schools Should Teach Meaning and Purpose

“I believe it is the responsibility of a school to help students develop their personality, but this is not possible when a school tries to be efficient. You need ‘pointless’ and ‘ineffective’ student

activities that don’t lead to better grades if you want them to live a life of meaning and purpose. Sacrifice a bit of your academic excellence and make room for personal development. The system won’t thank you for it, but the students will – by living a more fulfilled life.”

Does a MLE suit all learners?

“Essentially, I don't find this sort of question helpful. There are some more important questions that should precede it. That’s not to be dismissive at all of the fact that people will be interested in these sorts of things – it’s important that these themes are fully investigated as new approaches are being adopted in our schools and learning institutions. It's like asking "does an MLE suit all learners?" when the equally valid, yet often uncontested question is "does a traditional egg-crate classroom suit the needs of all learners?”'
http://bit.ly/1PfjEAp

The neurons that shaped civilization

Culture Counts
Seven minutes Ted Ed talk to illustrate the power of culture and learning from others – a change the rational ‘scientific’ GERM approach to learning.
“Neuroscientist Vilayanur Ramachandran outlines the fascinating functions of mirror neurons. Only recently discovered, these neurons allow us to learn complex social behaviors, some of which formed the foundations of human civilization as we know it.”
http://bit.ly/1IsEnhA 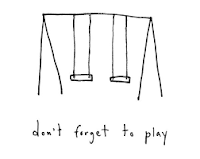 If life is a game, then education is play

Education is best when built upon such notions of play.
“Play embodies our natural inclination to explore and experiment with objects and systems outside of us and integrate them first-hand into our psyche. Through educational play, we get to explore new ideas and come to know ourselves, as well as those around us in often-profound ways.”
http://bit.ly/1Kigrfa 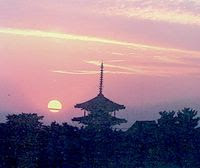 “At some point the Japanese threw away complex poetic forms and invented haiku.This is what we ought to do with our current incoherent curriculums Since the 90s schools worldwide have had to implement a complex set of curriculums imposed on them by ‘experts’ long removed from the reality of the classroom.”
http://bit.ly/1KXQC9S

“I have been reading an article on the web about the pressures being placed on young children and their teachers in the United States to achieve expectations set by standardized tests. In the process teachers have had to narrow their curriculum to ensure their school does well when results are published. And as well, I guess, they would be worried about their tenure?”
http://bit.ly/1KWBtml

Why are teachers so reluctant to change?

might have hoped for considering all the imposed reform efforts. Ironically the biggest change I have seen was when a more progressive pedagogy entered our primary schools in the late 60s and early 70s. Out went straight rows, the strap, and the overbearing role of the teacher. Even the introduction of computers hasn’t yet changed school structures as much but there are signs they will.”

Sailing into the future on the educational SS Titanic! 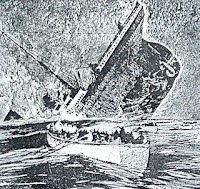 Many school structures still reflect a Titanic mentality
“Many of our current organizations may look impressive but there are plenty of signs that all is not well. There are ‘social icebergs’ of discontent and alienation ahead that will eventfully force change on us. Just as it takes a tragedy in our personal lives for us to face up to new reality, so it is with the wider world of organizations – particularly those designed in, and for, past eras.”