Seymour Papert – Logo, Lego and constructionism - RIP
Education lost one of its greatest people this week, with the death of Seymour Papert. His book “Mindstorms’ should be in every teacher’s library.
Donald Clark:
‘Seymour Papert was a constructionist (not to be confused with constructivist), who worked with Jean Piaget and built on his theories to redefine how education could function on a constructionist basis. The Logo programming language was a tool he wrote to support this approach to learning and he was been a stern critic of traditional schooling.’
http://bit.ly/2aH0lSR

Papert - in his own words
Steve Wheeler’s tribute:
‘He was a stern critic of instructional and didactic forms of education, and was a champion of student centred learning, active
engagement and creativity. These ideas will continue to inspire generations of educators to come, and his influence will not be dimmed by his passing.’

Daily Papert: Words and wisdom of Dr Seymour Papert
Over the years Will Richardson and Gary Stager have compiled a comprehensive site honouring the work of Papert and that provides access to a long list of his quotes and writings.  It is well worth exploring!
http://dailypapert.com

One Mother's Story: How Overemphasis on Standardized Tests Caused Her 9-Year-Old to Try to Hang Himself 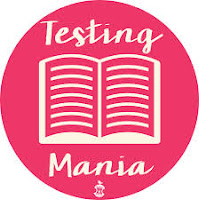 This story by Marion Brady speaks for itself.
“…I received a note from my son's teacher telling me he’d failed the FCAT [Florida Comprehensive Assessment Test] by one point. The note said he’d have to take a reading class over the summer and retest…We weren’t alarmed as he only had to score one more point to be promoted…’
http://bit.ly/2aoZ5Te

Milton Friedman's Vision
If you’re wondering where the current education ideology started, that led towards tragic stories like the one above, this will answer your questions.
‘Friedman's vision certainly has guided lots of folks in the past decade-plus, but he has also been proven wrong about pretty much everything. A choice system isn't cheaper, isn't better, and hasn't provided anything except profits for many of the privatizers. But at least he was absolutely clear about the goal-- turn public education into a private business, one way or another, and let folks make a bundle doing it.’
http://bit.ly/2aUpRYN

How to Bring ‘More Beautiful’ Questions Back to School
Everything starts with a great question… Einstein as a teenager wondered what it would be like to ride on a beam of light – 10 years or so later, he came up with the Theory of Relativity. He maintained he was just passionately curious – an ideal mindset to foster in children.

‘Curiosity is baked into the human experience. Between the ages of 2 and 5, kids ask on average 40,000 questions, said Warren Berger, author of  “A More Beautiful Question,” at the Innovative Learning Conference hosted at the Nueva School. Young kids encounter something new, learn a little bit about it, get curious and then continue to add on a little more information with each new discovery. Warren says that’s where curiosity happens, in the gap between learning something and being exposed to something new.’
http://bit.ly/2alThyD

Students published their book “Reflections”
This article about an e-book published by students in Texas and Vietnam isn’t strictly an education reading but then again it’s a very worthy cause.
‘This book is their labor of love. We facilitators have left their ideas, expression, and discoveries their own. The stories, the joy and sadness, the humor, the wonder, and the learning are their voices–a true Teenage Manifesto of the 21st century. We have learned much from them and hope you will, as well.’
http://bit.ly/2aylNhz

The 1 Lesson That Will Sharpen Your Emotional Intelligence
Emotional Intelligence – the difference between empathy and sympathy.
‘Although most of us consider empathy a valuable and basic human trait, it often goes missing in day-to-day life. Just think of the major disconnect between many managers and their teams. Or how it's so easy to hurt those whom we love, simply because we can't see things from their perspective.’
http://on.inc.com/2b6obId

Ken Robinson: 'You don't want a caste system for creativity’
‘Schools’ drive for conformity is at odds with the rapidly changing world, where being flexible, curious and creative are more important qualities than ever. Engendering these qualities in future generations matters to adland and the wider creative industries because they rely on a steady stream of diverse thinkers who can creatively solve business problems. Robinson’s talk, delivered with his quiet wit and charm, made waves. A decade on, it is still the most popular TED talk of all time, last week surpassing 40 million views. Combined with his later talks, he has racked up almost 60 million views without any paid media spend.’
http://bit.ly/2aoXH39

‘“If you want kids to write about something challenging, you really need to put them in a position to discuss it first in an active, open-ended sort of way, because then they have something to write about,” Roberts says. It introduces them to the language they might use and the ideas they need to be able to manipulate to write with sophistication, Roberts adds.When students understand that the purpose of writing is to share ideas, they perform better than do students who are asked to write just for the sake of writing.’
http://bit.ly/2aUmyku

A little bit of deja vu
‘It is all too easy to think what currently passes for new ideas are really new - just another version of ideas often lost when top down 'experts' ignore the reality of true learning.’
http://bit.ly/2aGLVlw

Does your classroom have the 'wow' factor? 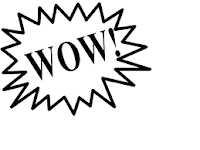 ‘The first sign of ‘wow’ is the overall first impression the room gives you. The feeling you get is that you are indeed in special place. There is a feeling of positive relationships between teacher and learners and often parents are to be seen quietly helping students. Other students seem to be working without supervision. A quick look around the walls, covered with students creativity gives an impression that this is a room dedicated to the students themselves.’
http://bit.ly/1FxlCvx

The killing of creativity by the technocrats.
The killing of creativity by technocrats like John Hattie
‘Be careful when using the latest jargon: 'learning intentions', 'success criteria', 'WALTS', 'modelling' and'guided practice' or you will be leading your students to conformist learning and, in the process, limiting their innate individuality and creativity. As an antidote, at least, ensure that students appreciate the need for individual creativity and value their 'voice' in what they present.’