10 Things That Happen When Students Engage in Design Thinking 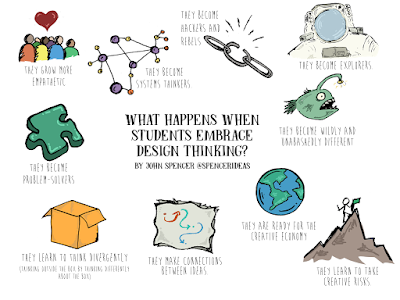 ‘Unfortunately, the system isn’t designed for innovation. For years, schools have been stuck in a one-size-fits-all factory model, where students passively consume content. Some people will point out that this model is outdated. However, I would argue that factory education was a bad idea from the start. Because here’s the thing: kids aren’t widgets. While one-size-fits-all works great for socks, it’s not ideal for minds. Kids need to dream and wonder and imagine. They need to design and build and tinker. This is why I love design thinking. It’s a flexible framework that guides students through specific phases in the creative process.’
http://bit.ly/2fGQNt5

What Neuroscience Can Tell Us About Making Fractions Stick
‘Fractions are a notoriously tricky part of elementary math education for many children. Too often teachers struggle to ensure students are grasping the conceptual underpinnings of this complicated

topic, resorting to “tricks” that will help them learn the procedures of adding or multiplying instead. This is particularly troubling because studies have shown that students’ knowledge of sixth grade fractions is a good predictor of their math achievement in high school. This is largely because a deep understanding of fractions plays out in algebra.’

Critical Thinking in the 21st Century and Beyond

‘Many of the 21st Century skills that are emphasized today were evident in the project that took place in 1988.  It is not that this type of learning is new. Heck, everything we see and hear for the most part is not new.  What has changed is how technology provides a new avenue to actively integrate this type of learning in ways that many of us could never have imagined.  The key is to focus on project-based and authentic inquiry. Taking the example I presented from my schooling consider the following elements and the ubiquitous role technology should play…’
http://bit.ly/2fSRt1B

‘The study, published in AERA Open, a peer-reviewed journal of the American Educational Research Association, also shows that teachers give lower ratings to girls' math skills when girls and boys have similar achievement and behavior. In addition, using two national datasets gathered more than a decade apart, this study finds that teachers' lower ratings of girls are likely contributing to the growth in the gender gap in math.’
http://bit.ly/2gnmfOk

School Autonomy in England Fails to ‘Unleash Greatness’
So much for the big claims that have been made. Surprised?
‘The UK Government promised to ‘unleash greatness’ in English schools with its radical school

autonomy plan to convert all schools to independent academies. A new comprehensive review of the experience with academies shows the plan is failing. It concludes that academies are an imperfect way to address the challenges faced by struggling schools and their students and that school autonomy has clear limits as a school reform strategy.’

An environmental study for New Zealand teachers:A chance to do some real inquiry: Harakeke study and other ideas
Bruce’s latest article - great suggestions that can easily be adapted for other countries.
‘An environmentally alert teacher always keep an eye open for interesting things to introduce to his, or her students. November/December is an ideal time for environmental or ecological studies. My visits to schools this term indicates such awareness is a lost art.’
http://bit.ly/2fGT9Z4 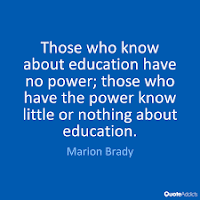 Marion Brady: De-Legitimizing Public Education
Marion wrote this article about US education in 2010. How well was his crystal ball working, given Trump’s choice for Secretary of Education?
‘The quality of American education is going to get worse. Count on it. And contrary to the conventional wisdom, the main reason isn’t going to be the loss of funding accompanying economic hard times.’
http://bit.ly/2gn4z5l

the Deep Green Bush-School
A new school opening in New Zealand:
‘The Deep Green Bush-School is a democratic  nature-immersion school for Years 1-13, based on thousands of years of indigenous wisdom and on how humans actually evolved to learn - in freedom. Our highest priority is the health and happiness of our children and future generations, and we will nurture a new generation of young visionaries who will rise to the challenge and help heal our world.’
http://www.deepgreenbushschool.org

Why Empathy Holds the Key to Transforming 21st Century Learning

‘Like other aspects of modern life, education can make the head hurt. So many outcomes, so much important work to do, so many solutions and strategies, so many variations on teaching, so many different kinds of students with so many different needs, so many unknowns in preparing for 21st Century life and the endless list of jobs that haven’t been invented.What if we discovered one unifying factor that brought all of this confusion under one roof and gave us a coherent sense of how to stimulate the intellect, teach children to engage in collaborative problem solving and creative challenge, and foster social-emotional balance and stability—one factor that, if we got right, would change the equation for learning in the same way that confirming the existence of a fundamental particle informs a grand theory of the universe?That factor exists: It’s called empathy.’
http://bit.ly/2giqVr4 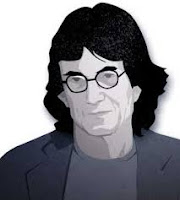 Henry Giroux - lessons for New Zealand educators. Revitalizing the role of public education.
‘I was recently sent a rather long article written by Henry Giroux. I struggled to read it but I believe it is important to share the ideas he writes about if the true aims of education are to realised. Giroux sees education as central to the development of a just and democratic society currently under attack by neo –liberal thinking.’
http://bit.ly/18ntJX8

Learning: from 'novice' to 'expert' from John Edwards
‘When anyone undertakes new learning ( including first appointment as a principal or teacher)one starts in the 'novice' position. At this point individuals need to know clearly what is expected of them and how to go about it.As learning progresses the need for rule governed behaviour decreases. When the 'expert' position is realised then people are able to use their experience ( having internalised rule governed behaviour). Such 'experts' are able to 'read' the context and make decisions intuitively.’
http://bit.ly/2githq0

Transforming Secondary Education – the most difficult challenge of all.Thoughts from a past age – ‘Young Lives at Stake’ by Charity James
‘So far the teaching profession has not offered creative alternatives to parents. In contrast, school are becoming even more conservative to cope with the political straitjacket of National Standards and Ministry targets. Standardisation rather the personalisation is the current political agenda. Time it seems for some courage from educators to provide viable alternatives to parents.  The field is open for change but any alternative needs to be realistic, intrinsically interesting and relevant.’ 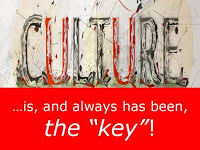 Posted by Bruce Hammonds at 1:49 pm