Time for new thinking about education

How Playing With Math Helps Teachers Better Empathize With Students 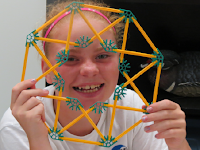 ‘Unlike other professional development opportunities, the focus of these circles is not on lesson plans or pedagogy. Most of the time is spent working on and discussing a problem that the facilitators bring, with the hope that teachers will rediscover what they love about math and how it feels to be a learner.’
http://bit.ly/2kLVdnK

Teaching kids philosophy makes them smarter in Math and English

‘Nine- and 10-year-old children in England who participated in a philosophy class once a week over the course of a year significantly boosted their math and literacy skills, with disadvantaged students showing the most significant gains, according to a large and well-designed study.’
http://bit.ly/2kB5AZE 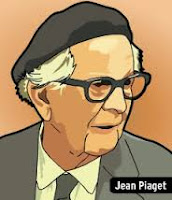 Skinning Cats Alive.
Phil Cullen:
‘A toxic form of managerialism hit the fan in the mid-80s; and we lost sight of the kids. These aliens organised and started running testing factories replacing real people who’d been-there-done-that ,organising schools of learning and mentoring others on the way. These good guys were cunningly dominated by absurdists who forced fear-laden testing on kids and have now done more damage to Australia than the Japanese could ever have done. Fear-laden swotting of a kind never known before has replaced decent teaching. The load on small pupils during normal learning time, the likes of which no previous generation has had to tolerate. is enormous. Kids are still our future, but you wouldn’t think so.’
http://bit.ly/2kkLoNc

Okay campers rise and shine and don’t forget your booties

Want to be an artist? Watch Groundhog Day.
‘Here’s a popular version of “The Creative Journey”: A genius comes to the end of his trip, closes his eyes, concentrates, and then the idea comes to him, fully formed.
When I’m working on my art, I don’t feel like Don Draper. No, when I’m working, I feel more like Phil Connors from the movie Groundhog Day.’
http://bit.ly/2kkXVjL

The HeART of the Matter - the Gordon Tovey Experiment. 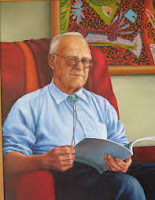 ‘The film was about the programmes Gordon Tovey implemented, while under CE Beeby, as the head of Arts and Crafts in the Department of Education from 1946 until 1966.  You may be familiar with the work of Elwyn Richardson at the Far North school Orauti, which was part of what was known as the Far North project or experiment. Part of the essence of the experiment was to nurture the creativity of children and allow them to explore and express themselves.  It was part of the child centred driven philosophy that emerged from the First World War and the Depression in the first Labour government's education policy to give children better opportunities.’
http://bit.ly/2bHPMS2

What Would Be a Radically Different Vision of School? 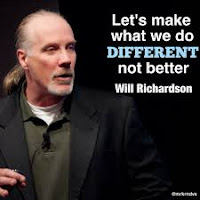 ‘In his vision of this third narrative, reformers would focus on creating an education system that supports inquiry-based, student-centered learning, where students are encouraged to find entry points into the mandated curriculum in ways that are meaningful to them. Technology is an integral part of Richardson’s vision because it allows students to create and demonstrate their knowledge.’
http://bit.ly/2kGvIVq

Task Library
Great ideas for Maths
Provided by Dan Murphy (ex Winchester School PN/NZ)
‘A school without tasks is like a school without books.Students investigate books to explore literature and develop language concepts and skills in context.
Students investigate tasks to explore mathematics and develop mathematical concepts and skills in context.’
http://bit.ly/2lihLKY 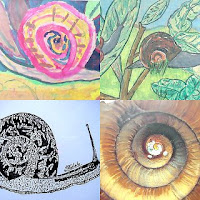 Slow learning needed for fast times!
‘Slow learning they believe is essential for our lives and learning by giving depth to our experiences and providing insight for creativity and ingenuity. All too often, in contrast, students are rushed through learning to cover curriculum material. First finished is best seems to be the order of the day. As a result ‘slow learning’ is neglected in schools.’
http://bit.ly/1GWw6E2

A future Vision for Education
Ideas for  schools developing modern or innovative learning environments
Imagine a school where every child would see themselves as an investor in their own learning. Older children would frequently coach and mentor younger children. Those who were more advanced in a subject would help those lagging behind. Children would help teachers design learning programmes, their parents would be parties to these discussions .The children would see it as their responsibility to learn in their own time, often using online tools provided by the school .Although every child would have a personalized learning plan, most learning would be practiced in groups but these would not be organized into rigid year groups, class membership would be in part determined by aptitude and appetite’.
http://bit.ly/1pHqBCy

What the modern world has forgotten about children and teaching. and solutions to ensure all students learn
Is our ‘modern’ education system harmful to students?