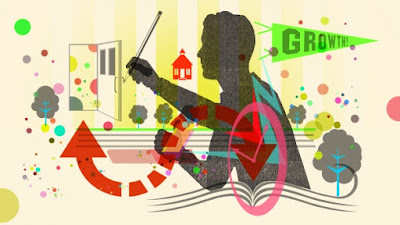 What the Fidget Spinners Fad Reveals About Disability Discrimination

‘Autistic people (and others with developmental disabilities) have been fighting a war for decades. It's a war against being forcibly, often brutally, conditioned to behave more like neurotypicals, no matter the cost to our own comfort, safety, and sanity. And those of us who need to stim in order to concentrate (usually by performing small, repetitive behaviors like, oh I don't know, spinning something) have endured decades of "Quiet Hands" protocols, of being sent to the principal's office for fidgeting, of being told "put that down/stop that and pay attention!," when we are in fact doing the very thing that allows us to pay attention instead of being horribly distracted by a million other discomforts such as buzzing lights and scratchy clothing.’
http://bit.ly/2qYd6Bb

education will rightfully be seen as central to making this happen. It worries me that current thinking and policymaking around national innovation concentrates on increasing participation in STEM (science, technology, engineering and mathematics) subjects while the teaching of the Arts (dance, drama, music, media arts and visual arts,) is rarely even on the innovation agenda.’

What Does it Mean to Be Educated?

‘Seeing all this, would a modern Rip van Winkle even send his kids to school? Or would he see school as helplessly behind the times and opt for a radically different path to give his children the education they actually needed to thrive in the modern world?’
http://bit.ly/2qlZXQ5

Reading Readiness Has To Do With The Body
‘We know that our little ones walk and talk on their own timetables. No rewards or punishments are necessary to “teach” them. Yet children are expected to read, write and spell starting at five and six years old as if they develop the same way at the same time. Academics are pushed on young

children with the assumption this will make them better students. This approach is not only unnecessary, it may be contributing to problems such as learning disorders, attention deficits, and long term stress.’
http://bit.ly/2qdNz9R

Response: 'The Toughest Part of Teaching Is…'
‘What do you think is the toughest part of teaching and how do you deal with it?
Teaching has no shortage of tough moments.  What are the most common ones, and how can we best get through them?’
http://bit.ly/2rj4qbq

How Children Naturally Learn
From Wayne Morris
‘In order for educational settings to be successful they need to be aligned with how children naturally learn. Children’s innate curiosity, enthusiasm, creativity, playfulness, individuality, imaginativeness, resourcefulness, social intelligence, and love of learning need to be respected and supported.This isn’t rocket science, it’s just basic wise parenting and effective teaching. Most of us have helped children develop skills and learn informally, before they went off to school. And all of us mastered skills on our own, so this is something we understand intuitively.’
http://bit.ly/2rBonK6 6 Traits of Life-Changing Teachers
‘In education there’s a lot of talk about standards, curriculum, and assessment—but when we ask adults what they remember about their education, decades after they’ve left school, the answers are always about their best teachers. So what is it about great educators that leaves such an indelible impression?’
http://edut.to/2qQQMLa

How People Learn: An Evidence-Based Approach

‘Teachers will always need to use their knowledge of students and content to make professional judgments about classroom practice. However, we believe the art of teaching should also be informed by a robust understanding of the learning sciences so that teachers can align their decisions with our profession's best understanding of how students learn. Unfortunately, our education system is rife with misconceptions and confusion about learning. So let's clear away the myths and focus on well-established cognitive principles and their implications for the classroom:’
http://edut.to/2rS1fo5

Why Handwriting Is Still Essential in the Keyboard Age
‘There is a tendency to dismiss handwriting as a nonessential skill, even though researchers have

warned that learning to write may be the key to, well, learning to write.
And beyond the emotional connection adults may feel to the way we learned to write, there is a growing body of research on what the normally developing brain learns by forming letters on the page, in printed or manuscript format as well as in cursive.’
http://bit.ly/2rWjW9s

Testing our way into the 19thC! 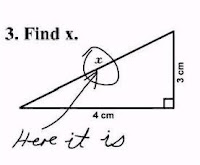 ‘Those with their minds firmly fixed in a patronising, mechanistic, or technocratic approach, always see measurement as the ultimate way of guaranteeing progress.Like any simple solution to a complex problem it is wrong -and has been proved so. Standard based teaching was the approach of education in Victorian times - each class was called a standard ( standard one etc) that you progressed to if you passed the test. In the early days, in the UK, teachers were paid by results their students gained in the tests. Maybe that is next on our 'new' governments agenda.’
http://bit.ly/2rW9kHM

‘In 1989 an ‘earthquake’ hit education in the form of ‘Tomorrows Schools’.Now, almost three decades later, A  NZCER  chief researcher Cathy Wylie has written a definitive and compelling story of school self-management .Cathy answers the questions: What was the real effect of ‘Tomorrows Schools’? Has the New Zealand Schools system improved as a result? And what changes are needed now to meet our expectations of schools?’
http://bit.ly/TNlnzy

A Question Based Curriculum

‘I wonder what would happen if all the expert’s curriculums disappeared; and all the standardized tests? And, with them, all the technocrats who believe that everything needs to measured and turned into data. Anyway such people never bothered to measure anything important such as, curiosity, love of learning and persistence; the very things that mark out successful innovative individuals Instead consider what would happen if we decided to create entire curriculums from student question and concerns?’