Sailing into the future on the educational SS Titanic! 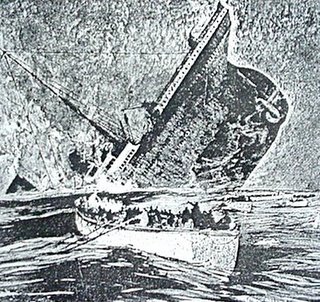 'Experts' should go down with their ship to make room for new thinking.


It appears to me that many of our current organizations may look impressive but there are plenty of signs that all is not well. There are ‘social icebergs’ of discontent and alienation ahead that will eventfully force change on us. Just as it takes a tragedy in our personal lives for us to face up to new reality, so it is with the wider world of organizations – particularly those designed in, and for, past eras.

Large secondary schools are one modern equivalent of the Titanic. As with the Titanic they are built on traditional class based hierarchal lines and are not really equipped to save ‘passengers’ from the ‘steerage class’. What happened to the Titanic was unimaginable. At least schools today have figures to show that 20% of their students are ‘educationally drowning’.

But still we blame dysfunction students, or their parents, and even the teachers, when it is the schools that are dysfunctional. Failure is endemic. They are OK for the academic students, with the so called ‘social capital’ to go ‘first class’, but unhealthy places for the more creative or less academic One system does not fit all.

The trouble is we adjust so well to the current ways of doing things that any change seems unthinkable. If we are too good at adjusting to the current system we may never realize that the system needs changing. Too many school people have fallen into this trap. To free ourselves from this dilemma we need to think hard about the purpose of an education for the 21stCentury. If we are to do this we need to avoid involving the Designers, the Captain and Officers of the current ‘educational ship’. They should, as in all good movies, go down with their ship!

As for what to do, anything would be better for the ‘drowning students’. Creative teachers and their communities could invent a range of possibilities and keep what works. Forget those ‘experts’ in their technocratic ivory towers who have plans for everyone to follow. Their plans never worked in the past and the future requires new mindsets. They have been too busy ‘rearranging the deck chairs’ to consider the future.

And it is worth remembering that experts built the Titanic while an amateur built the Ark!

So what works best? Destruction, according to author Kevin Kelly in his book ‘Out of Control’. Kelly writes that it is, ‘generally much easier to kill an organization than to change it substantially. Organizations by design are not made to adapt…beyond a certain point. Beyond that point, it’s much easier to kill them off and start a new one than it is to change them.’

Things were never the same after the Titanic. Are we are reaching that certain point soon in education? Do we need to fail all our students to realize we persist with the wrong system for the wrong century?

The answer to the first is yes - to the second no , but only if we have the wit and the imagination to think up new possibilities.
Posted by Bruce Hammonds at 10:15 am

I love the way you put up your illustrations first - how are you going to use this image I wonder?

Anonymous said...
This comment has been removed by a blog administrator.
11:15 am

After reading your blog "Sailing into the future on the educational SS Titanic!", I believe you will find my site on aptitude tests to be very helpful.

We have hundreds of study prep guides and aids to help you ace your exams without weeks and months of endless studying.

Anonymous said...
This comment has been removed by a blog administrator.
2:46 pm

Hi there Bruce I was out browsing pages on SchoolBuddies.com. and found your site listed in someones profile. Not sure how it got me here. Was looking up info on Class Reunions. Oh well, I'll check back later. Need to get back to what I was working on. Dave.

I like putting up an image and then letting my mind think about it for a few hours. By then I have thought of, or found, some ideas to go with it. Serendipity, but there is always an idea in the back of my mind waiting to speak!

This is the opposite to the logical thinking approach that schools teach, but it is the way of the artist. Things emerge. Ordinary problem solving is only OK for 'solvable' problems - little use when you aren't even sure of the problem until you have done the work. Isn't this how life sometimes is. Life is not answers it is questions.

Great post - I particularly love the comment that "Organizations by design are not made to adapt beyond a certain point." I explored a similar line of thinking recently after reading Utterback's "Mastering the Dynamics of Innovation." Hope it's not too self-promotional to share a link: http://dehavilland.typepad.com/blog/2005/10/where_does_chan.html

I was also reminded of Marshall McLuhan's "The Medium is the Massage," where he quotes AN Whitehead saying: "The major advances in civilization are processes that all but wreck the societies in which they occur."

The struggle I'm having with all this, however, is that it seems to be much more applicable to a free-market circumstance than to something run by a government. New approaches have to be fueled by funding - if the government is collecting 90% of the funds for education, then consumers by and large can't vote for a different solution with their dollars, and innovation is starved. Any thoughts?

Ah shoot - the link didn't transfer. If you're interested, go to my blog and look for the 10/21 entry entitled "Where does change come from?" Sorry about that. primary link is http://dehavilland.typepad.com.

Thank you Brett - I will have a look at that link.

I still think central government vital ( to keep the worst of big business in check) but they need to devolve greater power to local and community government. This would develop greater diversity. Central government errs on the side of conformity and control.

Check out the UK 'Demos' site

I have a hard time with the question of who should be in control of the schools. Lewis Perelman argues against government control - he labels it socialism (and it is, at least by definition), and I'll just quote him on his next point (from Future Courses, edited by Jason Ohler):

"...political, bureaucratic processes are as incapable of knowing the what of learning as they are the how. Even more so when they are presuming to extrapolate, to project what know-how people are going to need in the future. The standards of knowledge and know-how are set by the interplay of culture and markets. Any effort by government to decipher and then mandate those things can only introduce debilitating distortions. You would not tolerate Al Gore - or for that matter, Newt Gingrich - dictating what stocks you have to own to meet your financial investment goals over the next 20 years. Yet you are supposed to trust his ilk to decide what knowledge assets you or your kids are supposed to invest in over the same time span. Political leaders have as much chance of dictating or foretelling the future knowledge market as the future stock market."

While I can't help but agree with him, I don't necessarily advocate a total free-market system. While free markets do innovate and are responsible to their clients, the social inequity that could result would be even greater than what we see today.

So I don't have an answer here - but I suppose you start arriving at answers by discussing and debating, just like we're doing here.

Sorry I haven't replied to your comment Brett. I have been away and am off again tomorrow. Your comments need some thinking time!

In our small country (NZ) it would be possible to develop a more responsive central government that focused on empowering both communities and individuals but I am not optimistic - just hopeful.

Leaving it all to the so called 'market' would be a disaster for too many people, democracy, and the 'common good'.

Why are Americans so frightened of socialism - I understand the fear of communism? Unfettered greedy 'winner takes all', 'who cares about others cutures', capitalism is just as big a worry.