Qualities required for creativity by Claxton 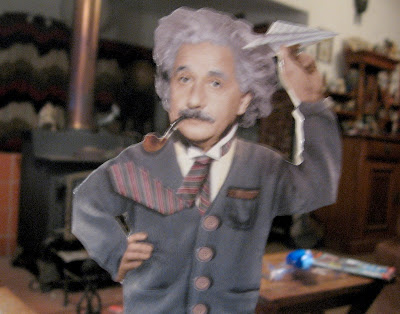 Guy Claxton is aways worth a read.
It is important for anyone interested in developing and new ideas to appreciate the creative process. One thing is certain it is not as simple and as easy as many think. Studying creative individuals in any field involves dedication and good old fashioned practice and personal effort.

Guy Claxton proves some guidance. Creative people, Claxton writes, draw on a great deal of prior knowledge and experience. Creativity , writes, Guy Claxton ‘is an advanced form of learning that involves a finely tuned sympathy orchestra of mental attitudes and capabilities playing together in complicated rhythms… it builds on basic skills and habits of more familiar kinds of learning.’ Creativity, as such, is a long way away from the current formulaic ‘best practice’, ‘intentional teaching’ and ‘success criteria’ which all too often crushes student creativity.

Claxton outlines eight main ‘sections of the learning orchestra’ that contribute to creativity. Many will recognize his ideas as another form of an inquiry approach. All begin with the letter ‘I.’

The first is learning through Immersion involving steeping yourself in experiences. Creative people are good noticers.

The second is learning through Inquisitiveness. To be creative you have to have a questioning disposition and be able to tolerate the not-knowing that goes along with this. This is what the poet Keats called ‘negative capability’ the ability to ‘be in doubt... without any irritable reaching after fact and reason.’

The fifth, sixth and seventh are Imagination, Intuition and Intellect. Imagination to seek out possibilities; Intuition to let things just come to you; nod Intellect, knowing when to put them all together. The eight, oddly enough, is Imitation .All creative people, says Claxton, stand on the shoulders of learning of other people. Some call this ‘creative swiping’! We all pick up our ‘habits of mind’ from those who with whom we collaborate. Claxton quotes Albert Einstein who said, ‘the only serious method of education is to be an example’ and Einstein adds ruefully, ‘if you can’t help it be warning example’. Claxton writes, ‘like all coaches, a creative coach has to walk the talk.’

These qualities provide a challenge for teachers and schools.

It is idealistic to expect that schools will suddenly become creative and place their focus on developing every child’s gifts and talents as there is still a strong sense of conservatism in education to overcome. The power and pull of the status quo will ensure that it will require teachers who are prepared to take the necessary risks and, more importantly, courageous principals who are able to create the conditions to protect such teachers. Ideally creative schools ought to network with others to share their expertise. Creating such networks (but not controlling them) could be a creative role for the Ministry. A study of creative people in any field shows that challenging accepted thinking is a risky business but also that it is to such individuals that we need to look to provide real breakthroughs.

With the publication of the 2007 New Zealand Curriculum, not withstanding the recent intention of the new government to introduce reactionary national standards, the scene is set for another burst of creativity. The standards may well ensure that we do not get into another bandwagon scenario? Creativity ought not to be too easy! Some are saying it will be like returning the excitement of the 60s but hopefully this time doing it right. Creative teaching is also encouraged by those calling for a more personalized approach to learning as against the current standardized ‘one size fits all’.
Only time will tell if school have the courage to take a lead in developing creativity in their students - or as Sir Ken Robinson has written not killing it off. Robertson believes that in the future creativity will be as important as literacy and numeracy.
Will someone tell our Minister of education!
Posted by Bruce Hammonds at 10:56 am

Our current Minister's mind is too narrow to take on board such ideas - true educators need an open mind! And one facing the future! God she is aweful!

No point in telling our Minister - she woudn't understand.

Could you please provide the source for your Claxton references? I'd like to read more. Thank you.

The quote by Guy Claxton would have come from his book 'What's the Point of School'. Well worth a read.Actually I am going to hear him talk this week as he is currently visiting NZ

Wow, there is really much useful data here!