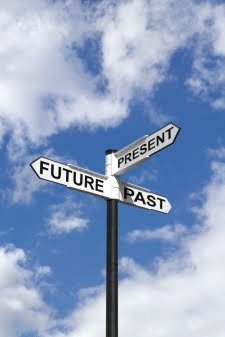 Education is at turning point. National Standards takes us back to the past. The revised curriculum the future. Schools however can't have it both ways. Compromise is almost as bad as compliance. Kelvin Smythe has a steady eye on the future. John Hattie seems confused - busy hedging his bets.

The following, is an abridged e-mail sent out by Kelvin and sums up a long posting of his .Read the full posting for yourself.


'This posting', Kelvin writes, 'addresses the question of how an academic of such intelligence and status can be so superficial, can be, just when it matters, so unimaginative, have such fantastic blind spots, promote opposing ideas with such credibility.


'I have been very gratified at the exceptional number of people who clicked on to this posting. I know it was long, in many ways inappropriately long for busy teachers and principals. In that respect, I apologise.

In the case of Hattie, I really wanted to work out for myself how he advanced his pedagogical case. He is an immensely powerful academic, not only for what he is, but also for what he represents; understand him and his pedagogy and you understand the future of New Zealand education.

After a quick reading Hattie’s article I knew that he started off with saying we had a glorious past (but not explained), and that while he started off with apparent scepticism about National Standards, he quickly moved into full support (but not explained), on the grounds that he had the answers to avoiding the significant problems that had occurred in other implementations.

I also knew that by the end of the article he was a million miles from coming up with the answers. I was also aware that there were areas of education activity and education research he avoided the best he could (for instance, the influence of socio-economic factors on learning, also the parts of learning that are difficult to measure, the purposes of NS).

In the course of the writing I came up with a lot of gems. The best in my opinion was when he was discussing Alexander’s UK research (which recommended doing away with NS) – very adroitly Hattie shifts from discussing NS to discussing the apple pie of high standards. (He was trying, it seems, to appropriate Alexander’s recommendations against NS to his NS.) Also, he seemingly agreed with Alexander’s criticism of national tests – SATS – but two paragraphs later, in his conclusion, he praised their architect and recommended we follow SATS’ implementation as a model.

Probably the most concerning gem was the way Hattie started off a paragraph extolling the importance of teacher voice in policy matters, but ended by suggesting that teacher organisations were unfit for the purpose and other arrangements were needed. I have great fears for the future of our teacher organisations.

Hatties ‘Horizons and Whirlpools’ article is replete with sudden, complete, and blithe shifts like these.

I see a not too distant future when teacher organisations are sidelined, principals are government servants, and the curriculum narrowed to a pinpoint'.


At least Kelvin can envision a future horizon but the choice still lies with schools. Will they be sucked into Hattie' whirlpool? Or will they have the courage to value their own professionalism?
Posted by Bruce Hammonds at 11:54 am

Thanks for drawing attention to Kelvin Smythe's writing. The more people who read that, the better! Yes, education is at a turning point, and the focus is being narrowed to a pinpoint. The government seems convinced that all young people must be 'trained' to become university professors. No chance whatever to develop the whole person! I'm pleased I found your blog - I will keep reading it! :-)

It is great to see you and Kelvin working together. We need such clear voices in the confusion being created by the Ministry.

Kelvin and I work closely together and between us we link up with lots of other 'voices' doing their best to point out the dangers of the poorly thought out ideas of the Ministry.We are all fighting for the ideas of creative teachers past and present.

Schools will always need to improve but by moving fowards not back into a standardized past.

Good work Bruce; our teachers and kids need well-informed professionals like you and Kelvin Smythe to help the general public that the national standards farce is but a modern-day rendition of the "Emperor's New Clothes". In this version; the tailor is just as suspect; the new clothes are invented from nothing more than thin air; and our Emperor is just as (morally) naked.

You are right: New Zealand Curriculum or national standards: schools have to make a choice - one the "system" seems hell-bent on denying them.

Keep up the good work - it is imperative that as much possible is done to save the NZ education and the kids in it from this reprehensible attack.