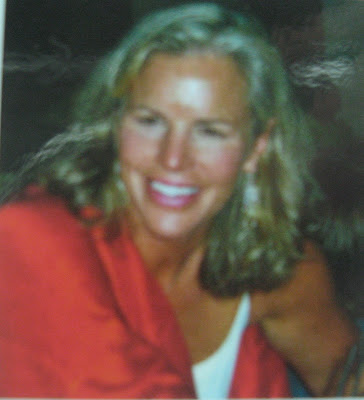 Kirsten Olsen author of the book 'Wounded by School-recapturing the Joy in Learning and Standing up to the Old School Culture'. Kirsten's book brings to light the devastating consequences of an educational approach that values conformity over creativity, flattens student's' interests,and dampens down differences among learners. Olsen's book shows that current schooling does not favour all students and tends to shame, disable and bore many learners. Powerful stuff.

I don't think teachers like to face up to the fact that schooling actually harms many of their students but it is clear , reading Kirsten's Olsen book, it does. Obviously this harming is not done intentionally but it is all too easy to blame failure on dysfunctional students.

Certainly too few students leave school with their joy of learning alive and their unique gifts and talents strengthened - not even the so called successful students.

Futurist Alvin Toffler wrote in 1970, 'Mass education was the ingenious machine constructed by industrialism to produce the kind of adults it needed....the regimentation, lack of individualism, the rigid systems of seating, grouping, grading and marking,the authoritarian style of the teacher'.

For many students the dream of mass education has morphed into a nightmare. As Olsen quotes, 'If Rip Van Winkle were to come back today after a hundred years, the only institutions he would recognise would be prisons and schools'.

Unfortunately many parents and politicians still see educational conformity as appropriate with students divided into age groups who then 'progress' through classes, in fixed ability grouping, with prescribed subject matter, until they leave. Students graded into degrees of finished products through endless testing. Students in this model are seen as raw material to be processed.

Unfortunately what students need to thrive in the future are self confidence, persistence , creativity, the capacity to change and adapt to new circumstances ,with the ability to make decisions with out full information, and the capacity to work with others. This is the premise behind the revised New Zealand Curriculum now sidelined by politicians who want to return to the standardisation and testing of the industrial era. The imagination , creativity and courage of both teachers and students are being neglected.

And all this while we have undergone a revolution in our understanding of how students learn. Personally I am in the same position as 60s educational reformer John Holt ( one of my all time favourites) who finally gave up on schools ever changing into organisations able to develop the love of learning and talents of all students. They seem more equipped, as Olsen writes, to 'wound' children; more about conformity and obedience. And I agree.

The whole system needs a fundamental revaluation. Their are alternative purposes to consider. Other visions do exist. Students need a more customised or personalised education based on recognising and developing their talents,abilities and passions based around relevant learning projects. Projects that call on the appropriate learning disciplines to solve.

And such a philosophy is not new.It is just that schools have been impervious to such ideas. It is ironic that schools are not 'learning organisations' themselves.

Rather than failing students it is failing traditional schools we need to worry about. Too many students, Olsen writes, leave feeling disconnected, uncared for, stressed, confused and angry - for such students school is irrelevant. They are seen as problems and, as they remain un-helped, they lash out and end up in even more trouble. It is a cycle seen in too many schools. The blame, however, is always placed on the learner. There are hundreds of such unengaged, under performing students in any city.

Such students are like canaries in a coal mine -when the canaries die no one should be in the mines.

Toffler recommended 'shutting down the whole education system' and suggested we should be 'thinking from the ground up'. This was Ivan Illich's ( of the de-schooling movement) and John Holt's position in the late 70s and one I have come to myself.

No change can occur until we first imagine it.
We need to consider how schools need to be changed based on new conceptions of learning and ability assisted by the potential of new technology. Schools ought to models of learning organisations not monuments to past thinking.

"Listen" said the the White Spirit. 'Once you were a child. Once you knew what inquiry was was for.There was a time when you asked questions because you wanted answers,and were glad when you had found them. Become that child again; even now".

Sadly Bruce so true. As visiting so many schools confirms conformity and testing/assessing is the norm all done in the guise of enabling sound outcomes for students.

Oh for the same time spent on The Arts as is spent on Literacy and Numeracy.

I am losing interest in visiting schools. Never thought I would say that but almost all classrooms are so focussed on literacy and numeracy, and endless testing, real education has been lost in the process. And, worse still, much of it is school imposed. Who would want to be creative teacher in such a demeaning and conforming culture!

You are right Bruce -who would want to be a creative teacher in such conformist times.

With a failure rate of 20 per cent you would think that that would be enough warning canaries?

Very helpful piece of writing, much thanks for this article.