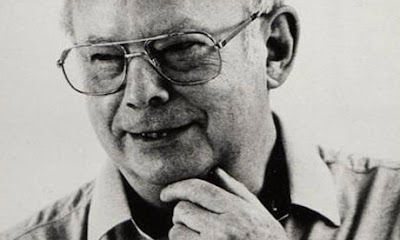 'Henry Pluckrose, who has just died at the age of 79, was one of the most inspiring teachers of his generation.He believed that children have intellectual, emotional and aesthetic capacities that few adults realise and too few schools exploit'. From Guardian Newspaper obituary.As a teacher 'his classroom resembled an artist's stdio, buzzing with activity and creative energy.Arts in the broadest sense formed the basis of his curriculum;not just art and craft, but also drama, music , poetry and dance. He gave particular emphasis to direct personal experience, taking children to museums, art galleries, churches, historic buildings, woods, fields and parks.'

Henry's obituary made me reflect on the educational influences in my life. Something we all need to do now and then.

I visited Henry's school, Prior Weston, in the late 60s and my impression of the school remain. I was shown around by a well informed 8 year old

My journey to Henry's school was a long one. It started when,as a nature study ( and later science and art) adviser, I had the opportunity to visit almost all classrooms in our province. These visits pointed out to me the importance of the ideas of a few wonderful creative teachers. Many have remained close friends of mine over forty years. The importance of an education based on personal experience and the arts was highlighted by my association with the art advisers who led, or contributed, the way to the development of a creative approach to education -and this in the days of a very formal standardized approach. One teachers became our 'guru' - Elwyn Richardson whom I was later to share ideas with but my first 'meeting' of his ideas was through his wonderful book 'In The Early World' still available to this day.

As a science adviser I became enthusiastic about the UK Junior Nuffield Science programme and arranged to teach in a UK school to find out more about it. It was an approach where the curriculum evolved from student's interests and questions in an organic way. While in England I became aware of the Plowden Report -a report which emphasized the need to see children as individuals and the need to build on, and strengthen, children's intrinsic interest in learning and lead them to learn for themselves. Ironically the publication of the report gave rise to doubtful practices as teachers 'jumped onto the bandwagon' and then criticism, as the UK economy faltered, and then to the National Curriculum which replaced the emphasis on the individual child on to a testable defined curriculum. Official approval, it seems, can be the kiss of death to good ideas.

In England I was lucky enough to get a position in very creative school with teachers who have inspired me to this day. I was uncertain though, at the time, by the total freedom schools and teachers had - unlike the accountability of the New Zealand system. Teachers I met at the time have since appreciated the need for greater curriculum definition and accountability measures. Once again official approval and implementation of a prescribed National curriculum has resulted in doubtful practices leading to such un-educational things as teaching to tests, an over concentration on literacy and numeracy unrelated to context, a narrowing of the curriculum, and demeaning 'League Tables'. Henry , in his later writings, thought it had all gone too far. While in England I visited schools in Oxfordshire, Leicestershire that remain in my mind to this day as wonderful schools featuring disciplined child centred inquiry - true examples of the Plowden approach.

Back to Henry. All my experiences in the selected schools I visited (I now appreciate that they were a minority ) inspired me to return to our province to apply them. The teachers I involved were a small but enthusiastic group. We read everything we could about student centred learning and we saw ourselves as the Henry Pluckroses of the South Pacific!

Today in England another well researched report, the Cambridge Report, is viewing the current Standards agenda less favourably with all the associated targets, intrusive accountability measures, and performance tables believing that they have distorted education for questionable returns. The Cambridge Report is asking for something very similar to the New Zealand 2007 National Curriculum. All ironic as, with our new conservative government emphasis, we are heading down the failing Standards Agenda - leading to the possibility of our own League Tables.

Henry knew that the means to solve the problem of the long tail of underachievement by facing up to underlying poverty of the 'failing' children and the need to develop and share the creative capacity of schools and teachers.

He would be keen, as I am, to replace the 'state theory of learning' with an emphasis on sharing the ways we know how children learn; powerful pedagogy rather than recipe and prescription. He would want teachers to move away from mere 'delivery' and compliance and to place more attention to engaging students in realistic contexts. And I, for one, do not see that this cannot involve resources being developed to assist teachers - as long as teacher's creativity and discretion remains. We need a curriculum based on open questions that involve the in-depth exploration of relevant content.We need to do fewer things well to develop future oriented dispositions; and we need to make use of all the various means of expression available through the new media environment our children are at home with - even if their teachers aren't. Top down control, and seeing schools as a market place through League tables, needs to be replaced by personal empowerment, mutual accountability and proper respect for teacher experience.

'When politicians realise that what is measurable is not all that is valuable, when teachers notice that children learn nothing by testing, when parents are sick of their young children suffering from exam induced stress, when the public begin to realise that the results of national tests can always be manipulated to achieve politicians' targets and when decent people decide to stand up against the shame and name culture of failure then someone, somewhere, is going to remember that "at the heart of the educational process lies the child"' (Plowden Report)

We need, as someone wrote, to do the 60s again but this time properly. This time it is the politicians who need to be sorted out - as Fullan has written 'politicians always get it wrong'.

And we need new Henry Pluckroses to inspire us. He may represent a voice from the past but it is one that urgently needs hearing again today.

Somehow I don't think Henry will be forgotten.
Posted by Bruce Hammonds at 12:39 pm

I did enjoy your blog Bruce - I think Henry would have enjoyed it as well. Let's hope we can return to the teaching Henry exemplified - a balance between children's creativity and disciplined study.

All about, as the Plowden Report said, building up students' intrinsic interests and their ability to learn for themselves - very 21stC.

I'm all for doing fewer things well. The packed curriculum as it stands is pretty ridiculous, especially when a large chunk of teaching time is taken up with testing.

Couldn't agree more Alison. We have gone test crazy as if weighing the pig makes it fatter.

Thank you for your thoughts on my brother Henry, which I have just discovered on your blog. I found it brought back memories of his ideas and methodologies which seem to have got lost over the years.
His educational practices reached many internationally and I feel you have provided further evidence of this.
Henry remained creative to the last and his anthology of poems:'Who Travels down this Narrow Road', Matador Publishers, has just been published. There is an appreciative review on their website.
Thank you again.

I went to primary school in Bulgaria which was teaching by Henry's method. Today I am 26 and I think that my main values and interests in live were build during those years in school. It was a wonderful experience of art, nature, team work, freedom of spirit and confidence for everyone, no matter how difficult maths problems one could solve.

I believe my teacher, Winifred Pluckrose, who became Winifred Tayler to be the sister of the late Henry Pluckrose. I was with in her class for only about a year at a primary school in East London. She is one of only two of my dozen or so primary teachers that I remember. If this is the case could you pass this message on to her and see if she would like me to contact her? I have been trying to find her for some years. I live in Australia. My email address is
sallie@internode.on.net
In hope, Sallie Butterfield, nee Edmonds

Sorry but I cant help you Sallie. Henry's sister Winifred added a comment but I do not have her e-mail address. Not sure how to go about getting it. I wish you all the best in your attempt to contact her