Time for schools to wake up -advice from a senior principal 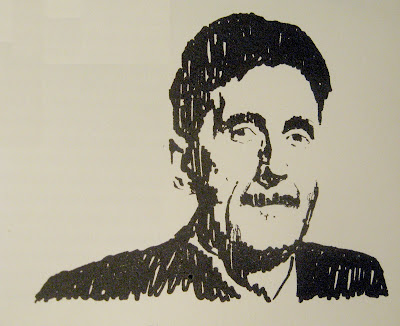 George Orwell would be impressed with all the double speak coming out of Ministry 'sleeve tuggers'. 'Big brother' is now in charge - high trust indeed! - we have moved well beyond the 'nanny state'.

Geoff Lovegrove a Past President of the New Zealand Primary Principals' Federation has given me permission to share his thoughts below. I believe it is a call to arms for school to start the fight back about Ministry bureaucratic nonsense they have suffered since 1989. This is election year - let's use the opportunity well. If you haven't read the March edition of the NZPPF Magazine please do so. Great stuff on the National Standards fiasco.

One day school might see past their own school gates to see that serious collective action is requited to ensure our education system delivers what is best for our students.

Is this Déjà vu ? Or have we been here before?

Why don't we focus our attention on the big question: Why are these things being done to us?

1 A few RTLB Clusters are seen (in a ridiculously small sampling in a narrow ERO review) to be under-performing, so the whole country's RTLB system has to be turned upside down.

Who decided this and where is the real debate?

2 Someone also decided that the country's Support Services (Advisers mainly) were less than ideal, so the entire system has been dismantled, there are no advisory services available for large sections of our wonderful NZ Curriculum (The Arts, Sciences, Health, PE...), and we are faced with a new model where someone comes to help us decide what our PLD needs are, and accesses the money.


3 Some worrying messages about the RTLit Service. What plots are being hatched now, to centralise, streamline, and pull back control?


4 Similar alarm bells ringing about the TRUANCY SERVICES. "Centralise. Merge Clusters. Make them more effective", despite some wonderful work going on out here in reality land.


5 CHARTERS: Schools are being threatened, bullied and coerced into writing charters that must comply with a political direction. Some of us were around when Tomorrow's Schools were being set up. We are seeing the total dismantling of Self Managing Schools, and much greater control in the centre (and this from a centre-right government that espouses choice, trust and devolution of resources)


6 Where is the publicly accessible STRATEGY that determines these changes? Why are we hearing about them, only after the big decisions have already been made? The Ministry's (government's?) strategy seems to be "If it ain't broke, then break it".


7 Despite all the evidence, the government is pressing ahead with its fatally flawed National Standards agenda, pouring even more dollars (nearly $17M added to the $36M they are already wasting). At a time of financial restraint, this money could buy a lot of Teacher Aides


8 A big worry is the decline in morale that has become much more evident in the past two years.

We need a Minister FOR Education. We are hearing that morale in the ministry itself is at an all-time low, with two sub-species of officials: One that is going through the motions, getting their fortnightly pay, heads down, carrying out the orders they must. They are the drones; and another that is the new breed of go-getting, sleeve-tugging, fad-chasing, new agenda-following, gung-ho, new-life solution providers. They believe the absolute nonsense that the bottom 20% (14%?) can be totally eliminated, and they can provide the WAY. They are the disciples.

Out in school-land, we also have different sub species: The principals and experienced teachers who lead great schools, helping a country punch above its weight (just read the OECD reports), the committed people who have a passion for teaching, and for helping kids learn.

The new breed, many of whom willingly comply with instructions from above because they don't know anything else.

Principals are trying to protect teachers from the bureaucratic nonsense, but it is getting harder.

The big issue is not just the reorganisation of RTLBs. It is a much, much bigger agenda, and we should be extremely worried.

The term "bureaucratic bullying" has emerged recently. Ministry officials must carry out orders. It was bad a year ago. It is even badder now. How bad will it be after the election?

Do we just accept this? Lie down and comply? Or is there another way?


And the greatest irony? The sickest joke of all? The Minister's direct email address starts with "hightrust..."


Thanks to
Geoff Lovegrove
Posted by Bruce Hammonds at 1:17 pm

So right. I can't add any more to that!

Thank you Geoff.
More people need to speak out!
All schools should read this.

Principals need to work together to support each other to resist this nonsense.