Layers of the National Testing Onion 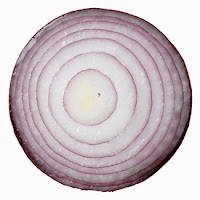 Guest post by Allan Alach
The layers of the government’s national testing onion are being stripped away. It is now very clear what the plan and the process to achieve this is.
Kelvin Smythe has laid this out in a series of clear statements on his latest posting, which is a damming indictment of the underhand processes of the Ministry of Education and of their political masters, the National Party led government of New Zealand, who are those who must bear full responsibility for the secrecy and deception that has been uncovered.
Kelvin’s article needs to be read carefully and distributed very wildly, far beyond the teaching profession, so that all this is out in the open.
As many people have been saying ever since the concept of assessing children against national standards through teacher judgements was raised, this is an unworkable system. This criticism has nothing to do with the ideology behind standards; it is the design of this variation of standardisation that was never going to work. I suspect that the government may have known this all along, and that the the standards were fed out to keep the critical lions happy for a while. All well and good, and the government, regardless of al the evidence to the contrary, has the electoral mandate until November 25th, the day of the general election, to develop educational policies as it sees fit. Whether this is a good thing is another debate.
It is difficult to find appropriate language to describe the way that the government has gone about implementing this national testing agenda that has always been in their long term goals. The secrecy that Kelvin outlines, the stressing of confidentiality in the documentation, the signing up of people on longer term contracts a mere month before the general election, the outward denial that tests are being developed, the clear manipulation of deadline timeframes on non-compliant schools by the Ministry of Education, in order to precipitate the appointment of statutory managers into schools in the last week of the election campaign and so on, reveals a level of deception and manipulation that would have impressed the master of political manipulation, Niccolò Machiavelli.
To reiterate this point, it is not the decision to move forward into a national testing regime that is the major concern here, it is the method by which this is being done that rings worrying alarm bells.
This raises some immediate questions:
This brings an immediate concern about the lack of independence of the Ministry of Education who clearly can not act in the best interests of schools and children, but who must follow the dictates of the government of the day, whoever this may be.
The obvious conclusion is that this is not intended to be out in public before the election. A second conclusion is that the National Party are proceeding in the certain belief that they will be re-elected, and thus feel that they are not obliged to put information out for public scrutiny. Signing up people on 12 month contracts, such as the project manager, carries with it the assumption that this job will continue post election, as does letting contracts for the development of rubrics, the re-development of existing testing tools, and so on.
Let’s look at the facts that have been uncovered over past weeks.
What don’t we know?
Posted by Bruce Hammonds at 10:12 am

Let's hope principals are listening to your warnings Alan but I fear they are just too busy worrying about their own school to see the bigger picture.