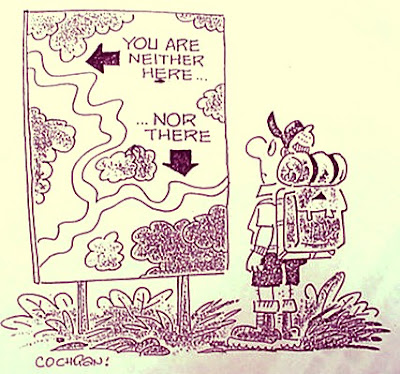 Today the New Zealand Labour Party will select a new leader.  This new leader must work with the people to develop a shared sense of direction for our country - one that all feel part of - or at least enough people to win the election in2014. Some how the party has to connect with over a million voters who couldn't be bothered voting - more people than those who actually voted for the winning National Government.


The question is where do we go to next?  To succeed as a nation we need a vision, a destination, a point of view about the future, a direction in which to channel the efforts of the people we work with and for.  Like early explorers there are no maps to assist us as we journey into ‘terra incognito’.

The new leader must begin such a journey and give courage for others to join the adventure.
This is no time for timid thinking.  The future calls for new mindsets that can thrive in a future based on evolutionary and discontinuous change.  To develop such mindsets we first have to let go of the past and rethink unexamined fundamental assumptions.  Most of all we have to give up our desire to control things from the top.  The future will be driven by human imagination and creativity.  As business philosopher Peter Drucker has written, ‘every organisation has to prepare for the abandonment of everything it does.’  Industrial aged bureaucracy is dead.  .
Worldwide, politicians are running out of ideas to cope with the deepening economic, social and environmental crisis looming ahead.

Problems are deepening in our society, unemployment is rising, institutions are increasingly failing, and national and individual debt is rising, yet there is little dialogue from politicians about possible alternatives for us to consider.
As problems deepen worldwide countries such as will be forced to seek out new solutions.  In the future innovation will be driven far more often from bottom up.  That’s how new ideas will increasingly ‘emerge’.
New ideas will have to emerge through dialogue with the people from the people as current politicians seem  more concerned with short term thinking, popularity polls and retaining power.  As the situations worsens internationally and within , new ideas will be required beyond extremes of individualistic market forces capitalism and deadening socialism.
For far too long we have relied on our leaders to solve our problems.  However as recent events show leaders worldwide have little idea of how to thrive in a rapidly changing climate.
It is now time for leaders to widen the pool of ideas and to tap the collective intelligence of all people to contribute to the solution.  Such leaders must take notice of what creative people and creative organisations  are currently doing to see what it is that we could learn from them and to their share their ideas with others.
Leaders need to instigate a series of national conversations about what kind of society we want to be and what we must change to achieve such a vision.  And then there will be a need to consider how all our institutions need to be transformed so they are flexible enough to thrive in such unpredictable times. It would  be valuable if those conversations  made use the power of all forms of information technology that are now an  integral part of our current culture.
Such a series of conversations would develop a greater collective understanding of the problems facing us and begin the process of empowering all to take responsibility for creative action and not, as is the case now, leaving it to ‘experts’ and politicians.  In this new environment the role of politicians, and leaders in any organisation, would be to create the conditions for new ideas to emerge.
Margaret Wheatley, a business philosopher, has written change doesn’t happen from a leader announcing the plan.  Change begins from deep inside a system, when a few people notice something they can no longer tolerate or respond to a dream of what is possible.  We just have to find a few others who care about the same thing….we don’t have to start with plans only with passion.  One only has to think of Martin Luther King or Nelson Mandela.
For those who feel that ordinary people are not capable of such thinking it is worth noting the words of Thomas Jefferson, who wrote in 1820, ‘if people are not enlightened enough to understand what is required of them the answer is not to dictate solutions but to inform their discretion by education’.
Stephen Carden’s book ‘New Zealand Unleashed’, subtitled ‘the country, it’s future and the people who will get it there’, is worth reading by all those who are serious about the future of our country and who want to become involved in a critical debate about where we are heading.
Carden writes that ‘the future is coming. The question is: are we ready for it?’  He argues that , being small and vulnerable, needs to think about what kind of country we want to become.  The question he asks is important for us all.  He believes that the current uncertain and unpredictable environment we find ourselves in provides a great opportunity for a ‘small agile, flexible nation to excel’.  ‘The idea of setting top down plans and targets,’ he writes, ‘are not helpful and that what is required of leaders is to create the conditions for creativity to occur.’

These are the issues that ought to be exercising the minds of those electing a new Labour party leader today.
Posted by Bruce Hammonds at 3:30 am

Agree. It is what I have been saying for years. We are totally visionless living a short term dream. In National's case with education it is a regression dream

One of your best Bruce.