GERM Warfare has hit NZ Education; the 'corporatisation' of our schools 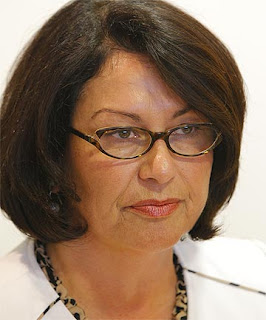 Where exactly are these 1 in 5 students that fail Ms Parata?  In what socio- economic groups are they to be found. The impression politicians give is that 1 in 5 students are failing across all our schools.  Maybe the problem to school failure lies outside the school gate?Maybe in certain low socio-economic areas that could be targeted?

On Campbell Live tonight, as part of series on poverty in New Zealand, viewers were told that 270000 children live in poverty - 1 in four young people in New Zealand . Children who do not get their basic needs met - shoes, food and a raincoat! Maybe these are some of the children Ms Parata should concern herself about. And, also, children living in unhealthy homes suffering from third world diseases. Too hard I guess to face up to, easier to blame poor teaching!

Maybe what is required is a more personalised creative approach - an approach NZ teachers were once world leaders in is the real answer. Maybe the government should look towards the success of Finland rather than corporate America. The corporate world of high finance is the wrong model as they seem devoid of ethical behaviour!At least the failing banks didn't blame the quality of their tellers!

Also on News Tonight New Zealand Business Association agree with Ms Parata's solutions - they  would wouldn't they! They like controlling their workers.

This morning Minister of Education introduced some pre -budget announcements about education.  Forget the fine words about focusing on teacher quality being the answer, it amounted to robbing Peter to pay Paul. Better trained teachers paid for by less teachers in front of classes. All based on this lovely word 'evidence'. 'Evidence', like the other current phrase 'based on research,' depends on who selects the evidence or research.

All of the ministers announcements were pre -empted a month or so ago by the Secretary of the Treasury. Financial considerations trump educational philosophy it seems.And all his ideas are common parlance in the corporate circles of America.

Paul Sahlberg, the Finnish Director of Education, refers to this Global  Educational Reform Movement, a market based business model  based on testing against standards,  competition, charter schools, performance measurement and merit pay as as GERM. Finland, by doing almost the opposite, is the highest performing nation in the world on international testing. New Zealand is also amongst the high performing nations and miles ahead of the American system we seem determined to ape.

American educator Diane Ravitch, once a supporter of school testing, has changed her mind and calls the people who are pushing the narrow demands of scientific management on schools the 'master and mistresses of the universe types who believe schools can perform miracles by relying on competition, deregulation, and management by data'. Such corporate ideologues  will allow no poverty excuses. It is all about getting rid of bad teachers and all will be well. Ravitch also reminds us the the strategies reformers want to impose are 'similar to the ones that helped produce the economic crash of 2008'. And for New Zealanders the same unethical mindsets that were behind the crash of financial institutions in our own country.

And for those who want to see into the future one has only to look to see what has happened to Australian education. For those interested visit Phill Cullen's ( the ex Director of Primary Education Queensland) site.

The real concern is that this corporate approach is sidelining the development a personalised 21C educational approach as exemplified in the 2007 New Zealand Curriculum.

And there is a real need for those with a  far wider perspective to make it clear   the strong correlation between socio-economic background and educational achievement.

National Standards - where all children are to graded as:  achieved, at, or above, the defined standard. Firstly such standards are arbitrary and have, in other countries, forced schools to narrow their curriculum to achieve results. On the horizon national testing will be introduced ( as in Australia) and, with them; teaching to the tests.In America there have been documented evidence of cheating. With this emphasis on basic standards the arts, science teaching ( until this area is included) and other important areas of learning to hard to measure will be neglected.All this leads in other countries to 'league tables' so parents can compare schools on 'shonky' data.

Value Added Measurement ( VAM in Australia) will really focus teachers and schools to comply to what is expected by those who control what is to be measured.

Teacher Performance Appraisal -  to work out who are the 'best' teachers leading to Performance Pay. Compliance will be the quality teachers will need to develop and any creativity and initiative will put them , and their schools, at risk.  Who determines the criteria determines the tune!

All these corporate strategies will create a surveillance culture of fear, erode trust and collaboration and will result in student and school achievement being defined by a narrow restrictive set of targets. The trouble with targets in any organisation is that it not the targets you hit that count but the ones you miss because you weren't looking. Initiative, innovation and creativity will be at risk - the very attributes required of all citizens if New Zealand is to be successful in the future.

Who will want to be a teacher if the choice is between compliance or creativity. And as for the students they will have no choice in this new 'big brother' environment.

The saving grace is that the world is changing so fast creative students will get their education elsewhere - many are already doing so.

If you need more convincing read this

Posted by Bruce Hammonds at 2:30 pm

Well summarised. All this makes it very clear that an overseas (USA) agenda is being followed, as we've always maintained. As I've written previously, the USA right wing lobby group ALEC is driving all this towards the best interests of their corporate members, who see big profits in all aspects of this. There's nothing surprising about today's announcements - these are exactly as we predicted last year. There's more to come - wait and see what the revised appraisal process involves.

The danger of being aware of what is happening is a hard road to follow Allan but someone has to do it.

Our only hope is for the Labour Party to present a real alternative to this GERM model - one that aligns with what New Zealand education once stood for.

Giving real support to the 2007 NZC would be a start.

I think we can conclude that the NZC is in its death throes under this government. When was the last time it was mentioned in a meaningful way?

Her announcements were the talk of morning tea in the staffroom ...
Some of the days in teaching it feels like you are undermined and under attack ... so .. back to the wonderful children and their enthusiasm for learning to cheer a poor classroom teacher up!

If the All Black coaching staff implemented strategies that were designed to, and guaranteed to, enable the All Blacks to achieve at the level of Japan or Namibia there would be an outcry across the country.

However, when this Govt. implements strategies that will eventually see our world class education system achieve at the level of the USA or the Uk there is hardly a murmer.

I guess the children of sleepy parent hobbits will receive what their parents accept.

Good to have you back Mac!

Hobbit parents and hobbit principals will get what they deserve unless they face the light.

And why do we want to join the USA in their race to the bottom!