Time to see the big picture? It pays to know where you're going -maybe it is time to think of new directions?


Schools are busy places. Teachers have such a lot of things to do. I was talking to a relieving teacher last night and she said she was pleased to be a reliever – so much is expected of teachers these days and, in her opinion, these demands were taking teachers’ focus of their role of helping their students learn.


Teachers’ situation reminds me of the story of the person who forgot he came to drain the swamp when he was up to his backside in alligators! Schools are too busy to see that there are two agenda competing to influence the future direction of schooling ( and society generally); the business worlds standardisation agenda, built around schools competing with each other, and the humanistic personalised learning approach exemplified by the 2007 New Zealand Curriculum.


Currently schools are scrambling to comply with the narrowing demands of National Standards. Politicians who believe in such an approach think that through management by data schools will improve the chances of all students. These politicians, influenced by competitive private enterprise ideology   (or is it the other way around?), seem detached from the reality of schooling and are indifferent to the important influences of family and poverty,Everything is blamed on the teacher - a bit like blaming the banking crisis on the tellers!


It is clear to those with a wider perspective there is a strong correlation between socio-economic background and educational achievement. Until politicians appreciate the need to mitigate the effects of poverty schools will always have difficulty catering for children who arrive at the classroom door with needs beyond the schools capability to solve.


While teachers in New Zealand are clearly on the back foot attempting to implement the imposed standards Finland, by contrast, one of the highest performing school systems follows a very different approach. Finland has rejected the market based business model based on testing, privatisation, standard based curricula, competition, charter schools, merit pay, and performance measurement. Finland has no tracking, or streaming, and all children receive free medical check-ups and health care.


Finnish schools emphasise creativity, ingenuity, problem solving and the arts. Pasi Salberg, the Finnish Director of Education says that Finnish education believes students ‘should know to create, and to sustain their natural curiosity’. His phrase resonates well with the 2007 New Zealand Curriculum’s goal for all students to ‘seek, use and create their own knowledge’.


‘The Finnish educational aim’, according to Salberg, ‘is the development of each child as a thinking, active, creative person’. Finnish teachers are well trained, well paid and highly regarded. Rather than making use of standardised tests Salberg says, ‘Finland relies on teachers’ and the schools’ ability to report to parent and authorities how they are doing. We in Finland believe more in co-operation than competition and have more faith in teachers’ and principals’ work’.


Finland is an important example that gives hope to those who believe in a more creative personalised approach than the standardised approach being pushed on schools in New Zealand.

Finland’s approach was once the mainstay of New Zealand’s holistic primary education before the technocratic curriculum reforms of the 1980s. 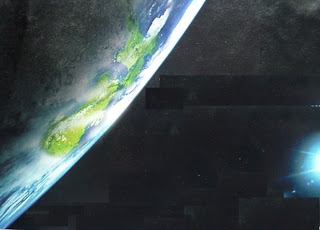 Maybe  it is time that New Zealand teachers remembered they came to drain the swamp and try to forget about the alligators!
Posted by Bruce Hammonds at 12:15 pm

Thank goodness someone has the time to think about the big picture - it seem schoolslare just too busy to notice thst they are heading in the wrong direction!

It is true that many schools seem unaware of the corporate agenda but the truth is nothing will change until new alternative directions are developed by politicians.Currently schools have little choice but to comply but at least they should not lose sight of the innovative 2007 New Zealand Curriuclum.

There is a need to continue working with both the small and big pictures. Both work interactively with each other and we ignore that aspect at our peril. I wonder are we expecting too much of politicians here? They are the ones who force compliance on the classroom teacher and this is supported by their hirelings. It might be why we lose sight of the big and little picture interaction. Keep up the good posts Bruce.

Your blog is definitely worth following and reading up.
There is a lot of problems in the world's schools and we need thought leaders like yourself Bruce to path the way for teachers.
U r the man !!!