A 21stCentury Education System - time for school principals to get political and decide what is worth fighting for.

I may be wrong but I feel a sense of complacency in conversations with principals about the idea/ideal of education being transformed to develop a 21stC  learning environment.
﻿
﻿
It seems that, for most, the emphasis is to make sure 'their' school is seen as an 'excellent' school in the eyes of the Education Review Office and their parent community. Although their national Principals' Federation, Teacher Unions and highly respected educators have spoken out strongly against such reactionary requirements such as National Standards, individual principals seem to have been  busy ensuring that their individual school 'looks good' - and, perhaps, for low scoring low decile school principals, standing up against such moves  might be seen as whinging?

I don't know if the acquiescence of principals, I hesitate to call them leaders, is about a bad case of being risk averse, a lack of a solid educational philosophy, the result of a competitive market to enrol students, or a form of 'creeping Eichmannism'? All I  know is that nothing will change until school leaders develop some moral courage to decide 'what is worth fighting for'  that is unless they are happy to be de-professionalised along with teachers in the UK, the US and Australia.
With an election on the horizon developing a 'position' will be vital if teachers are to be valued as in Finland and Asian countries such as Japan , Korea and Singapore; countries that dramatically outscore the de-professionalised countries mentioned above.

Perhaps another cause of educational timidity is the reluctance to become involved in politics and, in the process, becoming willing pawns implementing government policy right or wrong - and wrong it is.

The real possibility of educational change of direction at the next election ( as part of a shift in the political air away from the now seen as failing 'market forces' ideology ) is why I continue to write my blog.

﻿﻿
Recently the highly regarded Labour Education spokesperson Chris Hipkins held a public meeting in our city to express an alternative point of view - which he did very eloquently. There were a number of retired teachers present, some teachers but not one local principal attended. They had all been personally invited.
﻿

I was able to express my thoughts to Chris Hipkins before the public meeting as a Labour Party member and these are the suggestions I left with him. His speech, as it happened, covered many of them.


1.      If a new government  results after next years election the welfare of people needs to placed ahead of the worshipping of the economy  ;the current  government's 'market forces' ideology has resulted in a ' winner/loser' scenario. For an  positive, productive and  inclusive future developing  the creativity of all citizens must be seen as the number one asset   that is if we are to  replace  the current scenario favouring the rich  leaving the poor with the  myth that wealth will 'trickle down'.


2.      To achieve such a inclusive and creative society education will need to be seen as the number one policy area. This is obviously not the case at present where too many students currently leave education with little to show for their compulsory attendance.  Labour needs to revisit Peter Fraser/Dr Beeby’s  1936 vision of providing all students with an ‘education of the kind the are best fitted and to the fullest extent of their powers’. What this phrase means in a 21stC environment needs to be 'unpacked'?


3.      Such a vision requires a move away from current 'standardisation' towards a 'personalisation' of learning; tailoring education to the needs of the student. Such an emphasis on personalisation  would require a dramatic shift in  current school philosophy and culture .


4.      A new government would be advised to place the 2007 New Zealand Curriculum 'centre stage' –  and appreciate that its full implementation requires more than current 'tinkering' if all students are to succeed and be able to ‘seek, use and create their own knowledge’  - as it states in the curriculum.


5.       It will also  be important to re-interpret the so called ‘achievement gap’ as an 'opportunity gap’ to ensure those students, who are currently been seen as 'failing',  gain the necessary experiences required to develop positive learning identities.


6.      Literacy and numeracy need to remain vital learning areas but  need to be 'reframed'  to be seen as important 'foundational skills'  allowing students to ‘seek, use and create their own knowledge’.


7.      It will be important to questions the assumptions behind  the  current  use of ability grouping, streaming and setting and  to appreciate the unintended consequences of such practises. Struggling students need to be seen as lacking opportunities  and experiences rather than sorted out by  intellect or ability.


8.      Good advice  will be to encourage schools to do 'fewer things well'  so as to develop deep understanding of knowledge and,  in the process, to develop life-long learning dispositions.


9.      Due to growing lack of engagement in the years 7 to 10 it will be important to encourage the development of innovative learning   integrated/collaborative organisations.  At years 7-10 ages,  as this is where student disengagement 'kicks in', interdisciplinary learning   provides  an ideal environment for a range of student talents and abilities to be developed.


10.  There is a  needs to  value, at the national and local school level,  the creativity and professionalism of individual class teachers and to explore ways to share their expertise between schools  so as to break down the  isolation that many teachers feel.


11.    All schools need to be encouraged a to develop innovative programmes to suit their communities ( as suggested in the NZC).


12.   A final suggestion, for a new reforming government, would be  to set  up an educational conference/ series of conversations similar to the 1936 New Education Conference that contributed ideas to the Fraser /Beeby vision of the first Labour Government. A range of international respected educationalist, such as: Sir Ken Robinson , Jo Boaler, Eliot Eisner, David Hargreaves, David Perkins, Howard Gardner, Linda Darling-Hammond, Diane Ravitch, Dean Fink ,Guy Claxton,  Pasi Salberg and Yong Zhao, to name few, could be invited to present their ideas. One wonders which educationalists the current government would select to support their agenda? In 1936 invited educationalists spoke to packed audiences in major centres - to day their ideas could be more easily shared through the television or the Internet. 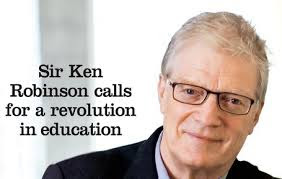 Sadly I m left wondering about the views of the current principals - maybe they are too busy complying to have any. Surely this cannot be the case?


One principal speaks out at least

Do I sense a loss of faith in you about the ability of principals to lead educational change?

Yes. It is interesting to appreciate the role of principals as innovators. When I first started teaching in the 60s, the head teachers' role was to see that things were done as outlined in the school syllabus. Only heads of smaller rural schools exhibited creative leadership ( having escaped from larger urban schools). And this leadership was seen, by example, through their creative teaching. These small rural schools, that were the centres of creativity, were ably assisted by sympathetic advisers.

In the eighties, when principals gained greater power as a result of self-managing school reforms did they take a greater leadership role but , on refection, it was timid leadership at best. Most now play conservative role.

So creative school leadership is a bit of an oxymoron, particularly in the current reactionary political climate. Creative leadership is still more to be found in individual teacher classrooms - particularly those keeping their heads down1

Only a change of government will alter the situation - this is why principals need to be politically aware, rather than continually being asked to comply, and begin to lead the change.

I know many do so but the same principals feel the pressure to conform and get little appreciation from their more conservative colleagues.

That's why they need to get behind Chris Hipkins.

A bit tough on principals but I fear you are right. Just listened to a programme on National Standards on National Radio which illustrated the distraction they are to school principals - some for, some against, but for most no choice but to comply.

As for government educationalists I think they might prefer economists, right wing political thinkers and treasury experts!