Learning to be 'creatively rebellious'. The importance of the Three Ds :being Different, Disruptive and Deviant. ( This blog not for traditonal school principals !)


I have to be honest this is not my own work but as the ideas expressed by Janet Semack in her article on www.innovationexcellence.com.blog  fits in with my own thinking I couldn't resist sharing them.

Written for business leaders it applies as much to schools - or more so.

Janet writes that many people  were labelled at school as 'students who challenged teachers or their learning processes as being" disruptive' and " rebellious". And that some of these students were 'punished, threatened, or ignored until they comply with the accepted "norm"'.

As a result such students developed 'compliant behaviours that effectively kept them out of trouble. Others who rebelled often missed out on the chance to benefit from a traditional education. Only  exceptional teachers and educators were curious enough to question as to why  they were thinking or behaving differently to the pack'. I think I would say 'the herd'.
﻿

She writes that such students are 'often identified as "trouble makers"  and alienated from the rest of the more compliant students, many of these "disruptive" students fell by the wayside and were not able to move on and achieve their potential'.

At school many such  'deviant" students found alternative means  to gain attention while others continued to live lives of exclusion and intellectual alienation.

'Alternatively', she continues, ' many found courage and resilience to continue their rebellion and continued to challenge the status quo.' By being "rebellious, disruptive and deviant" many of them changed their game and ultimately the world. They did this by thinking what no-one else was thinking and doing what no-ne else was doing, by taking conversations and turning them on their head, by making the ordinary unexpected.'

All sorts of reasons have been identified as contributing factors and 'fortunately', she writes, ' many parents, teachers and educators have learnt to read the signs and become more flexible and adaptive in their learning methods.' Such adults have enabled such students to 'more appropriately accept and express their brilliance and creativity.'

The majority of students learn to comply and learn to become part of the "status quo", become successful and happily fit in with the accepted "way of doing things around here".
﻿

Unfortunately many such compliant students become teachers - and in turn school "leaders". They  adhere to accepted implicit "rules" and remain comfortable, dependent on others to guide their way avoiding 'rocking the boat".

'This way of working',  Janet writes, 'is no longer viable or sustainable in our globalised, competitive and connected corporate world'.

So, it seems, disruptive and deviance are the tools to real change.

Deviants are willing to "to boldly go" , challenge the status quo, to think the unthinkable and surprise the world.

Risk adversity and fear of failure gets in the way of embracing disruption and deviance as the basis of developing innovation.

Seymack believes organisations including  schools need to remove their fear of creativity, of failure,  and begin  embrace and maximize the possibilities and creativity. 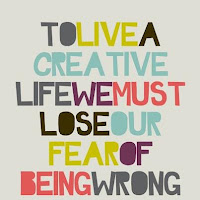 -  by teaching people to be " creatively rebellious" by encouraging them to feel confident to deviate from the norm - to create the "safe place"  to cultivate such behaviour. 'By  developing an organisation 'that embodies and enacts the attributes of emergence, passion, experimentation and courage'.

- 'by teaching people how to generate ideas and solutions by embracing experimentation and practicing the mind-set of not knowing, challenging assumed boundaries and conventions, permitting failure and embracing difference, deviance and diversity'.

- 'by giving people permission to adapt and collaborate, inquire and debate.' 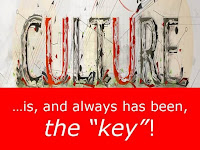 - by embedding intrinsic motivations, mind-sets and behaviours into daily habits , processes and systems.

Organisations ( and this includes schools if they are to be true "learning organisations") need to become 'courageous'  and adopt a 'rebellious instinct' and to discard old habits and safety nets to remake themselves as 21st C  adaptive organisations.

Unfortunately all this is beyond the timid leadership of most primary schools or the industrial aged straightjackets secondary schools operate under.

If so school will need to transform themselves into environments that personalise learning, involve students in negotiated realistic integrated learning challenges and focus on developing the gifts and talents of all students.

We need some deviant leaders it seems!

Check out importance of Maverick teachers

And Fullan's power of positive deviants
Posted by Bruce Hammonds at 8:30 pm

There is no doubt traditional schooling encourages conformist behaviour and is hard on those students ( and teachers) who think differently.

It is possible for schools to be more encouraging of creative student behaviours particularly if they provide more open-ended challenges that values original thinking.

It is possible but as children 'progress' through school creative activities become less common.

Time for some new thinking in our schools as you say.

Schools have two basic roles - one is socializing students to work and play in a community and the other to develop each students uniqueness. A bit of a balancing act.

With creative leadership who knows what might be achieved.

Thanks Rob.Yes - it was too good not to share!