A new school year is underway. 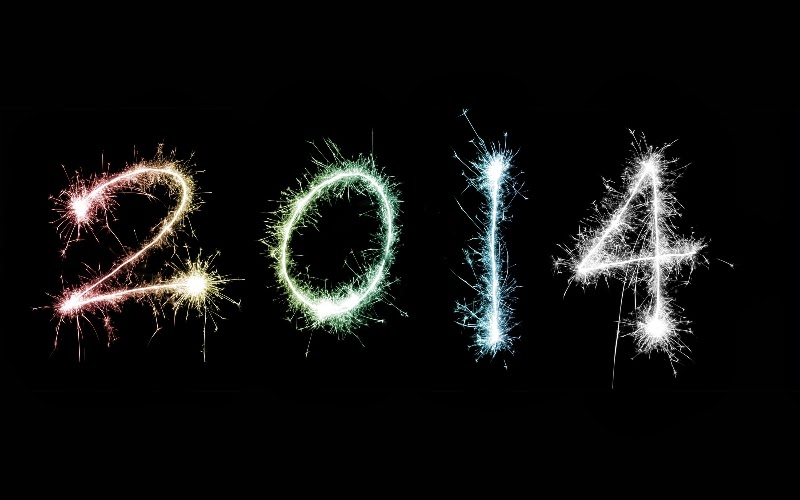 2014, as an election year will be an important year for education. All with a stake in education, parents, teachers and students need to be as informed about the alternatives available.

Steve Maharey, Minister of Education in the previous Labour Government was enthusiastic about ‘personalised education’  – an educational approach focused on catering for the individual needs of each learner. At the time it seemed a real alternative to the technocratic standardized curricula that had been imposed on schools since the introduction of ‘Tomorrows Schools’ in 1986. ‘Tomorrows Schools’, at first, seemed an encouraging move to democratic local control of education with its concept of ‘self-managing schools’. The New Zealand Curriculum that followed made it clear local control was more to do with responsibility for finance, buildings, property and staffing than curriculum.


The philosophy of devolution has had its successes but also its detractors. At first School Boards of Trustees were fully occupied with their new responsibilities and the teaching teams with trying to implement an increasingly difficult  technocratic curriculum – a curriculum with learning areas , strands and, most problematic, an impossible range of learning objectives to implement and assess.


Since the introduction of ‘Tomorrows Schools’ governments have ‘tinkered’ with curriculum requirements to make it more acceptable but finally, in 2007, the then Labour Government introduced a ‘new’ New Zealand Curriculum.  This curriculum still remains in place but it has been all but side-lined by the present National Governments National Standards requirements.


Sadly the vision of a personalised system has been replaced by moves to standardise learning.


Schools these days have, knowingly or not, implemented a formulaic ‘best practice’ approach to learning.  National Standards now require all schools to grade their students against standards in literacy and numeracy as ‘above’,’ at’ or ‘below’ standard. The premise is that this will ensure the ‘one in five students seen as failing’ are given due attention. The consequences of such an approach is to push schools to narrow their curriculums and in the process side-lining other more creative or personal areas of learning – and in the process, as mentioned, the 2007 New Zealand Curriculum.


As a result it is impossible not to observe, in most schools, ‘formulaic’ practices that conflict with more creative approaches that they have all but replaced.
Kelvin Smythe, previously a Senior Inspector of Schools prior to ‘Tomorrows Schools’, had the presence of mind to predict the uncreative direction that lay ahead. At the time he was all but ignored but today his worst case scenarios have come to pass.  He warned that the educational approaches being promulgated would denigrate the professionalism of teachers, would introduce a restrictive curriculum based on reading and maths replacing the broad holistic approaches, would impose stiff bureaucratic controls, fragment the curriculum into arrays of narrow objectives accompanied by a heavy regime of classroom and national testing, less professional sharing between schools,  He foresaw   educational direction relying on management systems based on compliance rather than one valuing inspired classroom teaching – a system corrupting the declared aims of liberal education.


He wondered ‘what kind of society will such an education system create?’  The application of this neo liberal approach to education, he has written, has reframed education in such a way to exclude rational debate and, all too often, sees teachers as ‘self-interested and standing in the way of “progress”’.


Kelvin believes there is nothing inevitable about current approach. He believes that we need to ‘fight it with our own ideas based on a clearly formed vision of society and the place of education within it’. Kelvin is not against economic imperatives but believes both economic success and humanistic education needs to value ‘imagination, creativity and variety’ not efficiency based standardisation.


So it seems in 2014 there are two agendas for schools to consider.
Firstly a standardised agenda with National Standards and increasing assessment and accountability demands and the possibility of League Tables or a more personalised one based on diversity, creativity and self-responsibility. A choice between restrictive agenda of National Standards allowing narrow school comparison, or the broader humanistic curriculum as defined in the 2007 New Zealand Curriculum. Economist Brian Easton has written that league tables will result in a Stalinist education system.


John Key’s State of the Nation speech, though seemingly acceptable to the wider public (and ironically the PPTA) will enforce the standardised approach of the government – it certainly will not encourage creativity and innovation. Twenty ‘super’ principals are to be chosen, from those successful at achieving government policies, to work with underachieving schools. Other principals are to be chosen to work with schools in local clusters and finally lead teachers will help those of their colleagues who are seen not to be achieving as required. All are to be well rewarded. Questions remain unanswered. Who will choose the ‘super’ principals and teachers, and by what criteria – obviously those schools who have implemented the government’s standards? Performance management lays waiting in the wings – and payment by results. And schools found ‘failing’ open the way for private charter schools to be established, ironically being offered freedoms not provided to state schools!


Evidently our current Minister of Education has scoured the world to gain ideas that fit the government’s agenda and has settled on gaining inspiration from Asian counties that score highly on international tests (themselves increasingly being seen as suspect). Her search for ‘best practices’ has sadly ignored the more progressive and sympathetic approach of Finland. Singapore is evidently a favoured model but one thing that is ignored about Singapore is that when they demolished their slums they resettled their citizens in mixed socio –economic estates avoiding the low decile communities that have been created in New Zealand. The one in five ‘failing’ in our schools echoes the ‘one in four students’ living in poverty – hard to ignore except by the Minister.


The approach as outlined by John Key is as bureaucratic as anything before Tomorrows Schools. It appears to revert to a medieval system of barons, knights and pages (very keen to do what is expected) to enforce monarch John’s wishes. John Key talks of using the influence of the ‘best in the business’ (as if schools are businesses) and compares his approach to the All Blacks employing specialised coaches! The idea of schools collaborating is commendable but John Key’s approach has nothing to do with fostering, the diverse talents of all students, or the importance of creativity and diversity- it has more in common with the collaboration of Vichy France.
The government’s approach is an unsympathetic to encouraging the unique talents of individual students and teachers - so much for his All Black analogy!
Contemporary education is increasingly about testing, measurement and surveillance; about teaching to imposed formulas and narrow targets. As a result educators are becoming increasingly ‘risk averse’.  And, as part of the government’s agenda, the effects of poverty are totally ignored. Teachers are certainly the most important factor in a child’s success but only within the school. The greatest effects on learning disparity (the ‘one in five failing’) are created outside of the school gate – any alternative view needs to see the wider picture. Max Rashbrooke ( and recently economist Brian Easton)  provides all the evidence of this growing disparity; Easton writes the only way to solve thisdisparity is to alleviate child poverty.


As the election draws closer everyone needs to consider the options available. It boils down to a choice between the neo liberal approach of every person for themselves (which inevitably will widen the gap between then rich and poor) or a philosophy which is based on a fair go for all; ‘me first or we first’; greed or equity; private need( greed) or common good.


So this is an important year not only for schools.


It is all about what sort of country we want to become.


The choice couldn’t be clearer.
Posted by Bruce Hammonds at 1:33 pm

All thinking New Zealanders should read this and take action to ensure that this nonsense is killed stone dead at the election.

My big worry Allan is not that the general public become aware of the choices but that teachers themselves do! it will take courage and leadership at all levels. I wonder if many principals have already sold out?

Creative principals - an oxymoron? In most cases they act as protectors of the 'status quo'. Key's 'super principals' will, by virtue of their success, be efficient 'super conformers'!