Inquiry driven classrooms - worth fighting for in this era of standardized teaching. 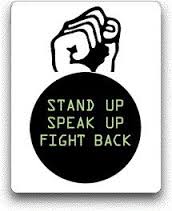 Looking back the majority of 'our' blogs are about education generally but in my experience the blogs that are really appreciated by classroom teachers are the practical inquiry ones; ones with their genesis in real class programmes.

I am not sure in recent years  if New Zealand primary classrooms have made  grounds  making inquiry central to their classrooms, particularly  since the introduction of National Standards.

The standards have been a regressive influence in schools resulting in a a greater emphasis on literacy and numeracy, all too often disconnected from the inquiry programme and that this emphasis has all but sidelined the potentially exciting 2007 New Zealand Curriculum.

It seems that one result of the the Standards has been to greater emphasis  on  ability grouping and in some cases setting or grouping students across classrooms - both with well researched negative consequences.  of negative attitudes for students in the 'lower' groups.

I ,however,  do know of a number individual teachers who still make inquiry central to all they do and am even aware of a few schools who develop inquiry programmes across all their classes. One such school is Mt Eden Normal another is Opunake Primary School.

As one educationalist says 'inquiry is a disposition' - one  at risk in our increasingly  standardized formulaic system. Children are born with a disposition to question , inquire and make sense of their experiences. That s many students lose this disposition is to a large degree the fault of schooling.

Recently I listened to a secondary student on National Radio  who had won the recent Paul Callahan science prize for her work researching neurology. The late Paul Calllahan believed that developing the talents of all New Zealanders the key to the future success of New Zealand.

The student interviewed outlined the inquiry/research process she made use of .I thought , as I was listening, that her process was one that would apply to any level of education.

I would see the process as:

From such ideas a class could select theme to explore and then break into small groups to research.

Maybe this would be a good idea for the first project to model the inquiry/research process and following this individual or small group research studies. The ideas are outlined in this link about a Space Study.

This is essentially Problem Based Learning. It is the same process as developing an exhibit for a science, maths or technology project. It is also a similar model to the NZ Learning in Science Model. 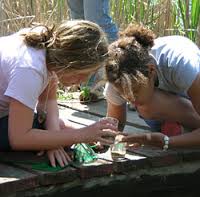 Students would need to present their research proposal to the class/teacher for their input/approval.

The secondary student mentioned her fellow students used ‘flipped learning’  ( using sites such as  the Kahn Academy  and by the critical use of Google. Her success was based on  the way she  questioned and added her personal ideas to what she discovered.

Such skills ideally would be developed during the literacy programmes.

The students in her class then had to present their ideas using whatever ICT media they thought best.

One again such ICT skills could well be developed through the literacy programme.

Final work  could be added to their digital portfolios

The process the secondary student outlines was essentially the process creative primary teachers used for decades. Such teachers developed their rooms as communities of scientists and artists who explore ideas of interests in the process integrating appropriate Learning Areas. 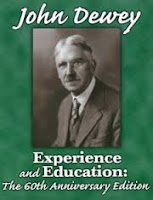 This education as outlined by educationalist John Dewey and put into practice by such teachers as New Zealand's Elwyn Richardson. Such teaching is now at risk of being lost by the focus on National Standards and the proposed heavy handed politically inspired Ministry Communities of Schools unless  of course they focused on developing true inquiry based learning focusing developing the gifts and talents of all students.

Here is an excellent link to developing an inquiry based classroom.