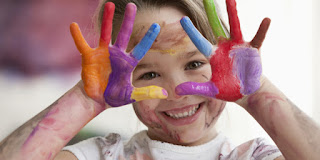 
‘Gerde said preschool teachers may struggle with science due to lack of quality training, preparation or an aversion to science. Teachers may also feel pressure from policymakers and school administrators to focus on literacy -- to the possible exclusion of science.’


Another Example of Less Teaching Leading to More Learning


‘The experiment was started in January, 1924, and lasted until the beginning of June that year. During that period the boys were excused from regular school classes and, instead, were assigned to a special room created for them in a technical school. The room was equipped with desks, blackboards, a large table, and a collection of books, including storybooks, nonfiction works, and textbooks for the various grades. The boys were given standard academic achievement tests in January and again, four months later, in May.’ 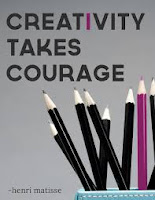 Could You Teach Naked?


Don’t panic - its not what you think!
‘Every September it seems like there’s a new Whole School Initiative hitting the fan. As the Headteacher takes the podium on that first inset day, you hold your breath, waiting to find out what new, quirky trend will permeate your staff meetings for the year ahead…

But what if your headteacher stood up and told you that this month is all about Naked Teaching?…Are you game for it?’

‘Do unresolved behavior issues keep you awake at night thinking about what strategies might enhance responsible decision making and increase academic learning time? It’s natural to feel personally and professionally challenged—as I have, too many times to count.
The good news is that there are some research-based strategies called kernels that you can add to your classroom management toolkit.’


Variation of the original, supposedly written by George Bernard Shaw. 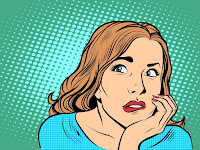 T’hose who can’t,
Teach.
For example,
Those who can’t sit alone at a desk all day,
Whose energy demands movement and interaction,
Teach ….’

Just in case you were wondering why coding has jumped on the bandwagon:
'Yet it rests on a fundamentally flawed premise. Contrary to public perception, the economy doesn’t actually need that many more programmers. As a result, teaching millions of kids to code won’t make them all middle-class. Rather, it will proletarianize the profession by flooding the market and forcing wages down – and that’s precisely the point.’

Does Mindfulness Actually Work in Schools?

‘A research team in Chicago has spent a year studying whether students who are taught to be in touch with their emotions do better academically. And they say the initial results are promising.Perhaps counterintuitively, when kids take a break from a classroom lesson on the solar system to spend a quiet moment alone watching a three-minute nature video, or participate in a teacher-guided breathing exercise with their class after lunch, they seem to become better overall students. That’s likely because the children have a renewed sense of focus.’


The Curious Incident of the Choice-Based Classroom

‘Don't touch things without permission. Only ask questions when it's appropriate. Generally, by the middle of 2nd grade, our students have internalized these messages regarding respect and orderliness in the classroom. As a K–8 visual arts teacher, I've noticed how students' innate curiosity about their surroundings diminishes as the years go by, often at the prompting of well-intentioned teachers reminding students to "wait and see" what materials they'll need before touching anything. Although I do appreciate the lesson in respect, I sympathize with my students, knowing that feeling that paint brush on their hand or squishing the clay with their fingers would pique their curiosity for learning.’

‘The principal of a top Taranaki school has resigned after 12 years in the role - and says other school leaders have congratulated him for getting out of an increasingly stressful profession. Charles Gibson is one of five Taranaki principals and deputy principals leaving their posts this year.While Gibson said he was mostly leaving Lepperton Primary School because it is "the right time to do something a little different", he warned the stresses of the job, national standards, and a lack of respect for teachers from the Ministry of Education had all been contributing factors and were putting others off taking up top positions.’


Something to consider when debating education with others:

‘Drowning the other person with facts, I assumed, was the best way to prove that global warming is real, the war on drugs has failed, or the current business strategy adopted by your risk-averse boss with zero imagination is not working.
Since then, I’ve discovered a significant problem with this approach.
It doesn’t work.’


A living world - the end of industrial aged thinking.


‘It is time we appreciated that the 'machine age' is over. The idea that ‘man’ can control and dominate everything has had terrible environmental and social consequences. It is far better to see the world, and all our organizations, as living systems and to see our role as part of a range of integrated systems than underpin all life. This ‘systems thinking’ is the new 'world view' that we all need to learn to appreciate. Strangely enough the concept has direct links with earlier indigenous wisdom that everything is interrelated, often in ways we can’t at first recognize.’

Educational failure - it is all about poverty


‘In recent years, though, we have gained considerable insights into the pre-requisites for human fulfilment. Health and security may be at the top of the list, but we also thrive on community, fairness, bonding, altruism, playfulness and celebration. Politicians would do well to look to these biological principals.’