How to improve the school results: not extra maths but music, loads of it


Thanks to Al Ingham for this article.

'But at Feversham, the headteacher, Naveed Idrees, has embedded music, drama and art into every part of the school day, with up to six hours of music a week for every child, and with remarkable results. Seven years ago Feversham was in special measures and making headlines for all the wrong reasons. Today it is rated “good” by Ofsted and is in the top 10% nationally for pupil progress in reading, writing and maths, according to the most recent data.’


Helicopter Parents Need To Let Teachers Do Their Jobs 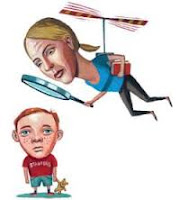 ‘Ms. Streeter realized that "one of the greatest challenges for teachers and principals is dealing with stressed, over-reaching parents who, like me, can't see the bigger picture. What ostensibly counts as supportive parenting can sometimes inadvertently disadvantage a child.”’


Education "Reform" Is a Right-Wing Movement


‘Support for charter proliferation goes hand-in-hand with a lack of support for adequate and equitable public school funding. No wonder the political right, which has set the accumulation of

wealth for a small elite as its highest priority, loves the charter movement. Second, the ties between SA and the political right highlight a clear reality: The charter school movement is, at its core, an anti-teachers union movement. Unions have been the backbone of the Democratic Party for years -- especially public sector unions. And the teachers unions have been pretty much the last vestige of professional unionism.’


How modern are ‘modern’ or ‘innovative’ learning environments in NZ?


‘As Benade argues, a school is not a school until/unless it is about the quality of the learning that goes on inside it. Examples like Strachan’s and Somerset’s show us that these conceptions of modern learning had their roots firmly planted a long time ago in the educational soil of New Zealand. When educators dare to innovate, then conceptions of modern and innovative learning can flourish and thrive.’


The Pedagogy Of John Dewey: A Summary

John Dewey is one of the giants in the history of educational theory, and it’s difficult to isolate one of his specific theories to discuss here. He was influential in so many areas of educational reform, that to choose one theme would do him a disservice, so I will highlight several of the areas in which he was ahead of his time.’


This article by Gary Stager has sure got people talking.
‘The Chromebook might be sufficient if you believe that the primary purpose of school to be taking notes, looking stuff up, completing forms, and communication. I find this to be an impoverished view of both learning and computing. Children need and deserve more. If you find such uses compelling, kids already own cellphones capable of performing such tasks.’


Education Isn't the Key to a Good Income


A growing body of research debunks the idea that school quality is the main determinant of economic mobility.  Another neoliberal tenet bites the dust.


'This “rags to riches” tale embodies one of America’s most sacred narratives: that no matter who you are, what your parents do, or where you grow up, with enough education and hard work, you too can rise the economic ladder. A body of research has since emerged to challenge this national story, casting the United States not as a meritocracy but as a country where castes are reinforced by factors like the race of one’s childhood neighbors and how unequally income is distributed throughout society.’


Current negotiations to establish the next government in New Zealand have a good likelihood of bringing about the end of national standards. However, if this fails to happen, then this is what we will be seeing.


Consider yourself a 'visual' or 'auditory' learner? Turns out, there’s not much science behind learning styles.

‘The idea that people have different styles of learning — that the visually inclined do best by seeing new information, for example, or others by hearing it — has been around since the 1950s, and recent research suggests it’s still widely believed by teachers and laypeople alike. But is there scientific evidence that learning styles exist?’

Children labelled "average" by teachers are missing out because more focus goes on those at the bottom of the class, a report has found.Experts say children who are classified in the middle range risk having late-blooming ability ignored as teachers assume they are neither struggling nor overachieving.’ 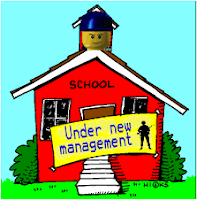 ‘ILE designs are flexible, allowing for multiple learning areas and activities within the one large space. Generally they are open-plan and can encompass several year groups within the one space.The Ministry’s intention is that by 2021 all classrooms will be modernised according to its prescribed ILE standards.Support for this policy is far from universal among education academics and teachers, with many highly critical of ILEs and how they are being implemented.’


Signs of a creative classroom


‘One thing seems obvious to me, after several decades visiting primary classrooms, is that real I nnovation only comes from creative teachers and not from imposed programmes. Unfortunately,  all too often, creative teachers are the last ones to be listened to in this era of school consistency and formulaic 'best practices'. It seem we are moving towards a standardised approach to learning at the very time when we need to value (and protect) our creative teachers and their creative students.’

‘A number of trends have influenced the way schools and classrooms have been organised over the decades; trends moving from traditional classroom teaching to  a more student centred learning - from 'the sage on the stage to the guide on the side' .Today we now have the concept of 'innovative learning environments'  linked with the development of 'modern learning environments’.'