Happy birthday to John Dewey, visionary educator, social reformer, psychologist, and philosopher. Dewey was central to the development of the so-called progressive movement in education, which emphasizes the importance of student participation and meaningful activity in the classroom.

Dewey began his career as a classroom teacher. After becoming a professor of philosophy, he shifted much of his attention to education, founding the University of Chicago Laboratory Schools and writing School and Society, which argued for the need for collaborative practical experimentation in the classroom. His emphasis on practical skills and learning by doing upended the inherited wisdom of the time, which valued obedience and rote memorization.

John Dewey died in 1952. Over the course of his long career, he published 40 books and 700 articles on a wide variety of topics, and indelibly influenced the world’s classrooms with his meaning-oriented, democratic approach to teaching and learning.

Every week Bruce Hammonds and I collect articles to share with teachers to encourage a creative approach to teaching and learning. I welcome suggested articles, so if you come across a gem, email it to me at allanalach@inspire.net.nz

Multiple Intelligences Theory: Widely Used, Yet Misunderstood
One of the most popular ideas in education is applied in ways that its creator never intended.The big mistake: In popular culture, and in our educational system, the theory of multiple intelligences has too often been conflated with learning styles, reducing Gardner’s premise of a multifaceted system back to a single “preferred intelligence”: Students are visual or auditory learners, for example, but never both. We’ve stumbled into the same old trap—we’ve simply traded one intelligence for another.’
https://edut.to/2O2gnZX

‘Teachers are allowing students to call them by their first names as some schools move away from the use of titles and surnames. Advocates of the approach believe it fosters a more personal relationship, removes languages barriers, and puts students in a better position to take charge of their own learning and feel more confident to question adults. And they say a title does not earn respect.’
https://ab.co/2PgcNQK

If Not Learning Styles Theory, Then What?
An alternative take on the learning styles debate. 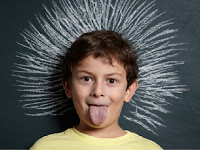 ‘Departing from the traditional notion of fixed styles or abilities, he proposes that maybe it’s not the individual that the learning style depends upon but rather the task at hand. Maybe we all have more cognitive flexibility to switch between styles than we’re giving ourselves credit for. Maybe we just need to adopt different approaches for different kinds of information.’
http://bit.ly/2PiFegK

Beautiful Learning
'We use that word to describe things that we find inspiring or awe-some in some way. Something that makes us want to stop an linger. Something that we hope to experience again. Which for some

reason led me to wonder, why don’t we use that word very often about learning? I mean certainly, there is such a thing as “beautiful learning,” a moment in our own lives or that we observe in others that inspires, that we hope to experience again.’
http://bit.ly/2Aq7vcU

Why do teachers find it so difficult to change the way they teach?

‘Research shows that people find it extremely hard to change their behaviours, and teachers are no different.  I’m sure you plenty of personal experience of this yourself! How many times have you started to make a change in your life and given up? Have you ever wondered why?
http://bit.ly/2Aq7Yfor wondered why?’

A Message To High School Students Who Hate High School
Here is why you hate it.
‘Of course, it is not only high school math I am against. I believe that every single subject taught in

high school is a mistake. What I write here will infuriate teachers, but teachers are not my enemy. It isn’t their fault. They are cogs in a system over which they have no control. I believe there are many great teachers, and I believe that teaching and teachers are very important.’
http://bit.ly/2q7R3bo

Carol Dweck Explains The 'False' Growth Mindset That Worries Her

‘Dweck believes educators flocked to her work because many were tired of drilling kids for high-stakes tests and recognized that student motivation and love for learning was being lost in the process. But Dweck is worried that as her research became more popular, many people oversimplified its message.’
http://bit.ly/2M9j3Vo

Do we really want computerized systems controlling the learning process? 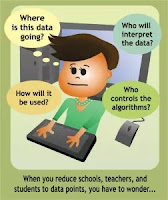 Misreading the Reading Wars Again (and Again)
‘But the short version is the reading war claim that we are failing reading instruction is a long history of false claims grounded in selling reading programs.’
http://bit.ly/2D6Fnhu

The urge to collect is strong in people of all  ages 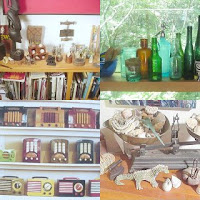 ‘People collect things for all sorts of reasons. Some people focus on collecting varieties of one item while others are more eclectic. Some collect because they just like the objects they collect, others collect because aesthetic or visual reasons, and some because they buy and sell their objects.’
http://bit.ly/2O2JBI5

Guy Claxton’s Magnificent Eight
‘In his book 'What’s the Point of School' he outlines what good learners do (as against being a 'successful' students). He has sorted the dispositions of good learners into what he calls his magnificent eight’. Teachers need to encourage all of them.’
http://bit.ly/2q7RQcm

Time for a rebirth of the creative spirit? 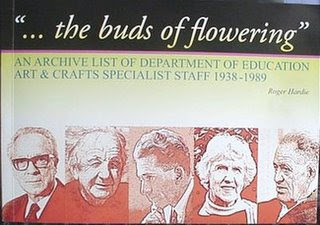 'The time is right for a true educational revolution! We need to listen to lost voices and rediscover our own. Who wants to join the fight to return to creative education?'
http://bit.ly/2EHcQ3T