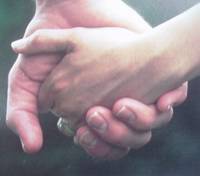 Earlier this week I caught a programme on TV about raising children by Dr Phil an American psychologist. It is amazing the people who agree to go on national TV to expose their problems but it was enlightening.

Parenting is something most people have to face up to but one few get any real information on about how to go about it. Although Dr Phil’s examples seemed worse case scenarios they did provide sensible guidelines for those watching.

We were exposed to really spoilt children who were able to manipulate their parents, dysfunctional homes where one parents yelled all day long while the other had withdrawn, parents who were doing exactly to their own children what they had had done to them ( being over regimented) , children who were bullies and children who had become obsessive TV watchers. I bet every watcher could see elements that they could recognize in their own lives and families!

The Dr essentially made all involved face up to the uncomfortable reality of their situation using TV footage and discussed the situation frankly with those involved. Once solutions were given they had to agree to hold themselves to it. They were all told it was going to be painful and were reminded that parenting is not always easy. As well they had to agree to be filmed.

He reminded them they were raising future adults not children and although parents ‘write on slates’ of their children, leaving a legacy for better or worse, individuals had the right to reject the bad bits of their past.

It was made clear that parents cannot do what they do not know how to do. To solve these problems the Dr gave advice about what to do and in some case practiced scripts with them for them to use. In most cases the parents involved were reluctant to take action because they were worried about their children not loving them if they did. In no uncertain terms parents were told that to stop spoiling children, or stopping watching TV, would cause pain but that it had too be done. Parent is not always easy! What all these parents were doing, it was pointed out clearly, was serious abuse. Adults need to act like adults!

Essentially it was all common sense. The Dr’s answer is for parents to create environments that provide opportunities for everyone to be who they wanted to be – to be who they uniquely are. This means being neither overly permissive (with ‘the tail wagging the dog’) nor or excessively strict. What is wanted are safe environments with positive structures and values and with benign routines and clear expectations.

Some adults rob children of decision making experience; others let their children develop lack of discipline by always giving in to them. The parents in the show were exhibiting and in turn passing on developing self defeating behaviors. They obviously knew they were in trouble (otherwise they wouldn’t have volunteered to take part) but they were locked into behavior they didn’t know how to change.

A key question parents should ask, said the Doctor, was what gift to your child do you want them to remember about their childhood when they are adults? What gifts and talents can you help your child develop? Everything that worthwhile that has been achieved has to be imagined first.

The trouble is that in real life how many struggling parents would have such powerful support to make the changes no matter how much it is common sense?

Creativity, in any area, requires boundaries to work within, or to break. No boundaries is not good for individauls.