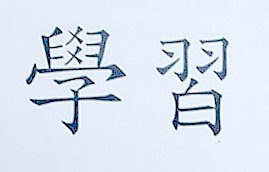 This month there was an interesting article in the New York Times about a highly successful Chinese students called Meijie studying at Harvard.

It was great story about the interface of culture, politics and education and relevant to both Asian and Western cultures.

As part of her studies Meijie addressed the question of what is success. Was it financial worth? Moral perception? And how do families, schools and popular culture invite students to think of success?

Meijie herself embodied success in Chinese terms - a nation whose mission is to become a 21 st century incubator of world class talent. Meijie had become uncomfortable with all the adulation she received from her homeland and began to question the meticulous regime that had produced her. A regime believed in by Chinese parents for their , often, single child - 'little emperors' as they are called.

Meijie background was a little unusual as her parents had allowed her to excel in a range of activities outside the classroom and as result she had come to believe that the last thing Chinese students needed was a blind reverence to a narrow academic education and all the pressure that goes with it. She felt that the Chinese system was overly driven by an exam system that led to a cramming ethos that eroded student curiosity and creativity.

Education in China is a family endeavor worthy of great sacrifice. The desire to find and promote talent has been a long tradition in Chinese culture along with a belief in personal effort and diligence. Western education, in contrast, has placed greater faith in personal expression and talent.

Meijie believed that her American experience had led her to appreciate the less pressurized and more appealing approach to learning. As result of her experience Meijie set about to develop exchange summer programmes for Chinese students exposing them to a more 'freewheeling' system with small group discussions on a wide range of issues offering excitement and and social discovery allowing students to try new things and to connect with one another rather than compete for prizes.

In China there is a growing concern that too many students have become stressed out, test-acing drones who are failing to to acquire the skills of creativity, flexibility, initiative, teamwork and leadership that are felt necessary for success in a global world.

Meijie experience had led her to believe that too many students arrive at college exhausted and emerge from it unenlightened at the very time her country needs a talented elite of innovators. The result of the 'stuffed duck' education system may be counterproductive!. Chinese students do well if their tasks are defined but if the tasks are ambiguous they get lost and have to ask for help.What is missing, all too often, is imagination and independence.

So it seems ironic while Western counties are seeking to emulate Asian success in maths and science while at the same time Asian countries are trying to introduce critical thinking, versatility and leadership! While China is deciding to loosen its administrative control Western countries are demanding more narrow accountability from their more decentralized systems.

When China starts to develop student talents and creativity it will effect the whole world.

China has no intention of jettisoning its strong Asian heritage of discipline, a belief in effort, diligence and family commitment but there is growing agreement to move away from a conformist, adult driven hyper competitive academic system. There is a growing appreciation of the need to help students to 'learn how to learn' , to enquire and to be more creative.

Posted by Bruce Hammonds at 2:40 pm

More on Chinese 'lessons' next blog!

When the school system realizes that it is talent and creativity that will change the world who knows what will happen.

Some one should tell the Chinese about the UK Cambridge ExamS - that shoud kEep them too busy to be creative.