The need for leadership in an age of standardized education 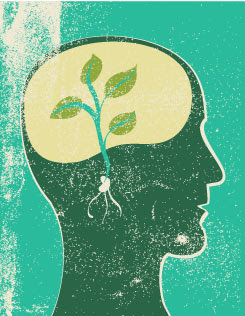 Brain research has shown how individual brains grow depending on the experiences they are exposed to.Education has the power to amplify or limit intelligent behaviour and skills. As educators we can either value the diversity of students talents or conform them to our expectations or imposed standards.

Fish, the saying goes are the last to discover water, so it is with teachers - so busy teaching that the bigger purpose is overlooked. As in everything purpose is vital.

When things change unlearning is as important as learning. Writers from the fields of science, business and philosophy  are certain of one thing, not since the dawn of the Industrial Revolution, have leaders, in any field more to learn (and unlearn).

And this applies to those involved in education, particularly school leaders, because this is where minds are shaped.

Minds that might have served a purpose in a hunting, or later in an agricultural, culture were of little use in the Industrial Age. The trouble is industrial aged thinking, successful as it was, still haunts many organisations   including schools. Industrial aged thinking required obedience, conformity, standardisation diligence and awareness of  standardized 'best practices. All these attributes were commanded by those in authority.

The ghosts that haunt our organisations are the hand me down ideas, beliefs and practices that inform current actions. If a critical eye is cast on schools then many current practices have easy to read links to the industrial  past. The metaphor of the factory still  underpins  many taken for granted actions. Bureaucracy, bells, timetables, testing for standardisation, fragmented subjects ( even in primary schools)  and sorting out students ( by age or ability)  serve educational purposes that no longer exist. Mass education , the dream of the nineteenth century has become a nightmare for many students and teachers.

Unfortunately many  who have gained positions of leadership cling to the practices that rewarded them and  those who criticize can be expected to be regarded with suspicion or ignored. Business as usual is hard to shift - too many people have too much to lose.

Those in power know best, or have to power to make others comply, exist at all levels. Leaders with survival skills minimize the consequences of wrong headed polices like National Standards because they have been unconsciously been conditioned to comply.

Ironically it is during times of dramatic change that that we get the greatest bursts of creativity. And surely schools  should be seen at the lead of such creativity but for this to happen courageous principals are required - principals who are prepared to share innovative ideas with each other and not wait mildly for 'best prectices' to be delivered to them by tame advisers.

The new world will require  learners with initiative, creativity , self responsibility, with  passion and  a zeal for whatever turns them on. Developing the diverse gifts and talents  of all students will be a new role for schools not standardisation.

This new world was briefly shown to schools with the publication of the 2007 New Zealand National Curriculum but before it could be actioned schools were commanded to introduce National Standards.

So rather than schools being at the vanguard of change they are being asked to support the status quo of industrial aged schooling.  It has been an easy victory as most principals minds are informed by those ghosts from the past. Obsessive testing has become endemic. Literacy and numeracy have become the 'default curriculum'.  Schools have become equally obsessed with consistency across rooms - a good idea but only as a base for teacher creativity.  Standards are just the next step - then of course, 'league tables'. And these, by distorting the curriculum, will result in even more students  failing as they find schooling out of step with their lived culture.

Teachers now live in surveillance culture impossible to imagine by teachers from the creative 70s and 80s.

Enforcers of the status quo ensure schools toe the line. The 'status quo police' obviously include the Ministry's compliance requirements, the Education Review Office ( with their power to reward or punish schools who do  not comply to the National Standards) , the Student Achievement Practitioners  ( the sneakiest of them all) and, sadly, principals who do not know how to respond, or who happly comply, or who  simply know no better.

All this is rather sad but it confirms to me that real change only ever comes from the edge - from those contrarian creative teachers who are in tune with the minds and needs of their students and not constrained by the ambitions to get ahead that principals suffer from .

We need leadership to create the conditions to inspire creative teachers,  who can see the big picture, and who want their students to leave their school with the 'future in their bones'. Teachers who , with the publication of the 2007 New Zealand Curriculum almost saw the promised land.

Things are changing. The world is increasingly becoming unpredictable and this, combined with  issues of sustainability, will force change.

Maybe as change demands become more intense leaders will emerge ; leaders keen to share the wisdom of their creative teachers? Leaders who really believe in empowerment and engagement.

Such leaders need to embrace new challenges - to search for 'next practices'.

Leaders who are prepared to challenge current beliefs and practices - toxic beliefs that persist from an earlier era. Leaders who appreciate that real power is shared power; leaders who value diversity over standardisation, or bland consistency.

And leaders who embrace the new principles that they have uncovered;  principals who develop a 21stC DNA for 'their' schools  dedicated to developing the gifts of  all their students.  Leaders who value creative teachers, no matter how difficult they might be ,  in the search for new ideas.

The alternatives are not worth considering. We need to  change our metaphor from  'schools as factories' to evolutionary resilient  'learning communities'; communities where all students and teachers are helped to ' seek, use and create their own knowedge' as it says in the 2007 curriculum.

I am reminded of the fate Titanic - the pinnacle of the Industrial Age , or the earlier Polynesians who slowly destroyed their own culture on Easter Island.

Only   leadership, able to create inclusive learning cultures, will be able to avoid such a fate for schools.

Is this is a dream worth pursuing?

Surely  there must be a growing number of principals  and teachers who feel hogtied by the distant dead hand of an  elitist bureaucracy and the demands imposed by those with little understanding of the reality of  the lives of students .

Are there?
Posted by Bruce Hammonds at 4:45 pm

Your Easter Island metaphor is uncomfortably accurate. Are we going to allow the 'system' to chop down our remaining "educational trees"? We need an educational Greenpeace to protect our heritage.

Sounds like there is dissapointment in your 'voice' about the moral leadership of principals? I think, if this is so, you are right. Creativity comes from those odd magic teachers whose only focus is on developing the gifts and talents of all their students. Leadership is ensuring that such teachers are able to express theIr creativity. Too many principals seem to block teacher creativity - and maybe there isn't that much creativity left?

New Zealand schools are entering an era of conformity and standardisation just when they need the opposite.

You are right anon. When I look back over 40 plus years of teaching, most of it visiting classrooms as an adviser, the lasting innovations came from creative teachers, and better still teachers working across schools .

Principals have always been a conservative element except for teaching principals in small schools.

And , now, with the accountability culture schools have bought into, and the associated survellience culture imposed on schools, creative principal leadership is a rare beast.

Or will principals simply give in and comply.

If so time to leave.