A blog by Allan Alach 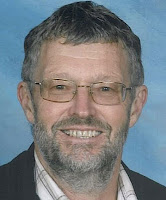 While it really goes against the grain to admit that the current government is good at anything, I am forced to concede their mastery of machiavellianism; ‘the employment of cunning and duplicity in statecraft or in general conduct,‘ in manipulating and controlling political discourse. The lack of critical analysis by main stream media has allowed the government to create memes that become accepted as the truth.


The government is also skilled at using events to distract attention away from other issues, and at creating myths that are published without critical analysis. East coast oil and gas reserves could have great benefits, so we are told. No evidence, just could. Anything after the ‘could’ is a fairy tale, yet what do we see and read in the media?


Education (my field of expertise) provides another example of this, utilising the furore over charter schools, the Christchurch school reorganisation debacle, Novopay, and the boundless stories around the performance of Hekia Parata, to distract from deeper agendas.  Many have speculated why Parata was kept in as Minister of Education when the cabinet was reshuffled earlier this year. I’ve heard and read opinions that suggested her rapid promotion was a Key project, and that he therefore didn’t want to concede an error by demoting her. Maybe. 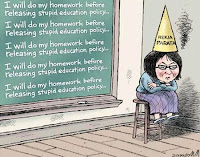 I believe that she was deliberately kept there, to draw attention from issues that needed to be kept below the radar. The revelation that she was ‘rolled’ over the Whanganui Collegiate decision speaks volumes. Who really controls education?


So what is being carefully hidden? National standards - remember them? What have you read and heard lately about these? Remember all the rhetoric about raising achievement through national standards, plain language reporting to parents, and so on?  Gone without trace, it seems.


Charter schools are now being promoted as the way to solve the problem of the fictitious one in five children who are ‘failing.’


But…. National standards have not gone away. While the education sector unions, principal organisations, and the School Trustees Association are battling the issues of charter schools, school closures in Christchurch and Novopay (what a marvellous opportunity to divert attention) the stage is being set for national standards, student ‘achievement,’ and teacher and school ‘effectiveness’ to reappear in 2014, conveniently in time for election posturing.


National will produce ‘data’ that shows that New Zealand children are now ‘achieving’ and claim that this is all due to their education policies. Playing on parental fear over children’s education is a well tried tactic, both in New Zealand, and overseas. This worked for National in 2008 and will be tried again in 2014, roughly paraphrased as ‘Trust National to raise children’s achievement because Labour failed.’


We first need to examine the background to the government’s education policies, and then extend on this in future articles, to bring this scheme into the light.


Don’t be sucked into believing the rhetoric about ‘raising achievement.’ There is another unspoken agenda - the privatisation of the profitable areas of schooling for ideological reasons. Welcome to the mixed ownership model of education.  New Zealand Education Ltd., shareholders including News Corp., Pearson Group, Microsoft, McGraw Hill and the rest of the usual corporates. Profit mining - too bad about the best interests of New Zealand children’s education. 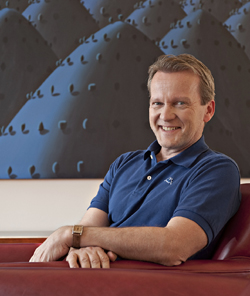 Finnish educator Pasi Sahlberg, a peripatetic campaigner for true child centred education, has described the neo-liberal takeover of education as the Global Education Reform Movement (GERM) There is little in the current government’s education policies that is not a direct steal from GERM.


The rationale for GERM in Australia, England, Canada, USA, Sweden, Norway and New Zealand (the key players) is identical: schools are failing and that the country needs to improve its ranking on international tests of dubious value.


The prescribed solutions all include some version of national standards of ‘achievement’ in literacy and numeracy (the old 3Rs of Reading, ‘Riting and ‘Rithematic), a national testing regime of some sort, ranking of schools by achievement, the publishing of school league tables, attacking and vilifying teacher unions (hello Rodney Hide), larger class sizes, didactic teaching (teacher standing at the front of the class instructing children), performance pay based on ‘value added measurement’, closing ‘failing schools’ (which just happen to be in lower socio-economic areas, and privatisation of schooling through charter schools. I could go on but I’m sure you’ve got the drift.


There is one other feature that is so important it needs its own paragraph. GERM countries ignore educational research. They ignore the voices of reputable educators. They ignore the voices of experience and wisdom. Their policies are based on an economic ideology, postulated by neo-liberal Friedmanite economists, self appointed educational experts.


The New Zealand Treasury was the major instigator in the neo-liberal reforms of the late 1980s - this is clearly laid out in their briefings to the incoming minister of education in 1987. Nothing has changed since then, and current education policy is still heavily dominated by the New Zealand Treasury - economists who know the price of everything and the value of nothing. No minister of education since 1987, to my knowledge, has publicly refuted this dogma.


The GERM countries conveniently overlook the major flaw in their policies. It is recognised that the country with the most successful education system is Finland, a country that made a decision to go in the opposite direction some decades back; a direction that derived much of its structure from a study of New Zealand primary education as it was before the neo-liberal takeover that was started by the Labour government in 1989 and further implemented by the incoming National government.


Above all this, however, is the most significant and most vital issue of them all. The claim that one in five New Zealand children are failing is a complete fabrication Far more learned people than I have published articles that debunk this in depth. Where did this one on five figure originate? Well, it has a nice ring to it, and makes great headlines to be propagated by the media and fed to a gullible public who, sadly, still believe that there is some honesty in politics. Not when Machiavelli is live and well, sorry.


Why was National allowed to get away with this overt piece of propaganda?


Why did Labour not defend their education policies in 2008? The New Zealand Curriculum, introduced that year, was an excellent document (ignoring the residual elements of GERM) that was the envy of international educators.


Why did Labour allow National to capture the education battleground with their one in five slogan?


Until this one in five myth is demolished, the opposition parties will stay on the back foot.


I’m not holding my breath.

Originally posted on The Daily Blog
Posted by Bruce Hammonds at 3:49 pm

Fabulous post that should be read by everyone in NZ, especially our teachers and principals.

As New Zealanders we need to wake up to the Govt's plan for the future of our children's education.

Our children deserve a rich rounded education that sets them up to be informed citizens in a democratic society not a narrow test-based, formulaic and reductionist schooling (can't even call it education).