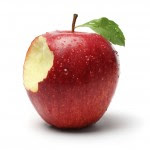 I was recently sent the below article on National Standards by Nigel Latta. Evidently it was posted on his face book page. It struck me as a very sensible comment on National Standards by a person well respected throughout New Zealand for his TV shows on bringing up children and his Darklands TV programmes outlining ways in which criminals early experiences effect their behaviour.

I hope Nigel doesn't mind me sharing his writing - if so I can always take it down.
I thought it would be great to share with parents /BOT members who  will know of Nigel's' work.


He heads his article:


'National Standards' aren't.
The latest national standards 'results' being reported in the media are utter nonsense. Pure and simple. Even if we ignore the large inconsistencies between the way that the 'standards' are measured (and we can't because the inconsistencies make comparisons all but impossible), and the fact that it assumes all children of a given age are maturing at the same rate (which they don't), and we ignore the impact of little things like child poverty (which some politicians like to do much to their shame), it's still impossible to say anything at all about a change in the numbers when you only have two data points.
They can't say that a difference of 1.2-2% on the various measures between last year and this year is an 'improvement', because we simply don't know.
If you had assessed all of those very same children again the day after they were assessed for these numbers, in the exact same conditions with the exact same measures, then you would also get a different number. That's because in the real world we have this little thing called statistical variation--things never work out exactly the same. To make any meaningful statements about 'improvements' you need meaningful measures (which national standards aren't anyway) over several different data points (i.e. over several )years.
I wish the media would get that very simple, but very important point. Politicians will spin it as a gain, but it isn't. It's simply meaningless statistical 'noise'.
The government went with national standards because they thought voters would like it, not because it's the best thing for making progress on education. If we really wanted to lift our 'national standards' then, perhaps as a beginning, we'd take more care of the large numbers of our kids living in poverty. 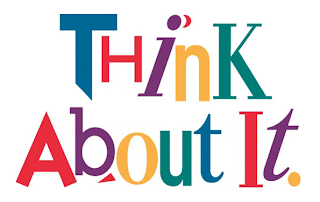 When they produce their 'rankings' of schools I'm pretty sure it's going to show a trend whereby higher decile schools meet/exceed the 'standards' much more than lower decile schools. I wonder why that might be? And who do we blame for that? Teachers?
Don't be sucked in by all this political positioning. My advice is to ignore the national standards tables because they don't mean anything. There's a reason teachers were so opposed to the way these 'national standards' are being used... fundamentally because it's nonsense!
Posted by Bruce Hammonds at 11:03 am

Something to read by all schools and to share with their BOTs/parents.