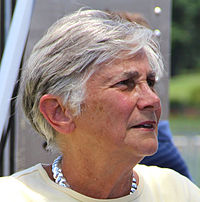 Diana Ravitch is always worth a read. For those who haven't heard of her I have cut and pasted an extract about her from Wikipedia. What is happening in America is on its way to New Zealand. I am not sure that many principals and teachers realise where our current government is taking them! I hope I am wrong.

'Ravitch critiqued the punitive uses of accountability to fire teachers and close schools, as well as replacing public schools with charter schools and relying on superstar teachers.

While she originally supported No Child Left Behind and charter schools, Ravitch later became "disillusioned," and wrote, "I no longer believe that either approach will produce the quantum improvement in American education that we all hope for." In the major national evaluation, 17% of charters got higher scores, 46% were no different, and 37% were significantly worse than public schools, she said. High-stakes testing, "utopian" goals, "draconian" penalties, school closings, privatization, and charter schools didn't work, she concluded. "The best predictor of low academic performance is poverty—not bad teachers."[10]

Of Education Secretary Arne Duncan's Race to the Top program, Ravitch said in a 2011 interview it "is an extension of No Child Left Behind ...[,] all bad ideas." She concluded "We are destroying our education system, blowing it up by these stupid policies. And handing the schools in low-income neighborhoods over to private entrepreneurs does not, in itself, improve them. There's plenty of evidence by now that the kids in those schools do no better, and it's simply a way of avoiding their - the public responsibility to provide good education."[13]'

On her blog she wrote at first she was a little uncertain of the phrase 'Badass Teachers' ( check them out on Facebook)  but after  giving it thought she wrote the letter below. 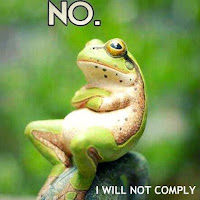 I am honoured to join your group.

The best hope for the future of our society, of public education, and of the education profession is that people stand up and resist.

Parents must resist, to protect their children from the harm inflicted on them by high-stakes testing.

Administrators must resist, because their job is changing from that of coach to enforcer of rules and regulations. Instead of inspiring, supporting, and leading their staff, they are expected to crack the whip of authority.

School board members must resist, because the federal government is usurping their ability to make decisions that are right for their schools and their communities.

Students must resist because their education and their future are being destroyed by those who would force them to be judged solely by standardized tests.

Everyone who cares about the future of our democracy must resist, because public education is under attack, and public education is a foundation stone of our democracy. We must resist the phony rhetoric of "No Child Left Behind," which leaves every child behind, and we must resist the phony rhetoric of "Race to the Top," which makes high-stakes testing the be-all and end-all of schooling. The very notion of a "race to the top" is inconsistent with our democratic idea of equality of educational opportunity.

We live in an era of ignorant policy shaped by politicians who have never taught a day in their lives.

We live in a time when politicians and policymakers think that all children will get higher test scores if they are tested incessantly. They think that students who can’t clear a four-foot bar will jump higher if the bar is raised to six feet. 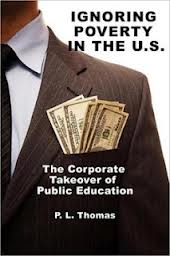 We live in a time when entrepreneurs are eyeing the schools and their budgets as a source of profit, a chance to monetize the children, an emerging market. Make no mistake: They want to make education more cost-effective by eliminating your profession and eliminating you. Their ideal would be 100 children in front of computers, monitored by classroom aides.What is happening today is not about "reform" or even "improvement," it is about cutting costs, reducing the status of teachers, and removing from education every last shred of the joy of learning.

You must resist, because if you do not, we will lose public education in the United States and the teaching profession will become a job, not a profession.

It is time to resist.

Be creative. The members of the Providence Student Union have led the way. They staged a zombie march in front of the Rhode Island Department of Education to demonstrate their opposition to the use of a standardized test as a high school graduation protest. They invited 60 accomplished professionals to take the released items from the test, and most failed. This convincingly demonstrated the absurdity of using the test as a requirement for graduation. When the state commissioner of education who was the main backer of the tests scheduled her annual “state of education” speech, the students scheduled their first “state of the student” speech.

Act together. A single nail gets hammered. When all the nails stick up, the people with the hammers run away. When the teachers of Garfield High School in Seattle boycotted the MAP test, they won: the test was cancelled and no one faced retribution. 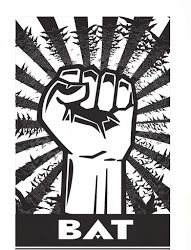 Be brave. When you stand together and raise your voices, you are powerful.

Thank you for counting me as one of your own.

Hi! I was surfing and found your blog post... nice! I love your blog. more information visit:- Australian Apprenticeships.