It seems that right-wing governments lay the blame to ‘problems’ identified in education on the teachers themselves.

This is certainly the case in New Zealand.

The current National Government has done a great job in putting into the public’s mind that ‘one in five students’ in our school system are ‘failing’ and this leads to inadequate teaching.

This may be seen as simplistic but it has successful at the populist level and has led to a broad acceptance by most people of the need to implement National Standards to solve the problem.

It is all very well for the teaching profession to criticize such developments but the perception is well established. In reality the research indicates that the  ‘achievement gaps’ lies beyond the school gate and lies  to a large part with the difficult home circumstances of the identified ‘failing’ students.

It would be better for teacher organisations or alternative political parties, to provide a real alternative to the current market forces approach than be seen as whinging by being negative about imposed government changes.

As the turtle said in Alice in Wonderland ‘It is time to think of other things’.

One informed critic, Kelvin Smythe, has done just that, defining an alternative educationalmanifesto. Smythe writes, ‘Forty years ago when neoliberals argued for managerialism, which is about narrowing the curriculum for ideological purposes (control, propaganda, and privatisation), they demonstrated both a philosophy and imagination – we need to do the same for our ends’.

A good start but not enough.

Opposition political parties need to take the lead in developing a transformational vision for our country. They need not only to be critical of the ideology of privatisation and growing corporate control but more importantly create an inspiring and uplifting vision of an alternative future.

The question is what sort of country do we want to become or is the growing disparity of opportunity something to be accepted or, worse still, ignored as it currently seems?

The Labour Party has yet to grab the attention of the voting public with what they see as the future – the Greens have possibly done a better job in this respect with their emphasis on a sustainable future. Together they might do better?

My own vision would be to create New Zealand as a country that sees the creativity and talents of all citizens as the country’s greatest resource and following this the challenge would be to set about creating the conditions to achieve this. One suggestion might be the setting up of a range of conversations to provide opportunities for ideas to arise. There are citizens from a range of areas who would be well suited to contribute to such contributions.

Whatever vision is created education is the key to its realisation.

Labour , at least, has a great education vision!

The late business philosopher Peter Drucker wrote that’ the first country to develop a twenty-first education system will win the future’. Creativity expert Sir KenRobinson asks that we need to develop education system that develop the talents of all students not one with its genesis in a past industrial age.

New Zealand could be such a country that ‘wins the future’.

To develop a vision of New Zealand as creative (sustainable and caring) society requires a transformation of our current education system. In particular it will require a dramatic shift from the current government’s standardisation ‘one size fits all’ approach to a far more personalised style of learning/teaching.

So rather than being side-tracked by   focussing the ‘achievement gap’ we need to start redefine the problem as solving the ‘opportunity gap’.

AndyHargreaves, a widely respected educationalist has recently written about such achallenge.  He writes that, ‘In 2014 thefuture of teaching is at a gigantic global crossroads’.

Worldwide, he continues, school systems have a battle on their hands.  Even in Massachusetts a top performing system a high powered business alliance (with links to Pearson publishing who provide testing material!) is under threat from market force  business orientated reformers who are suggesting solutions that are the opposite to what the highest performing countries are doing. This is similar scenario to what is unfolding in New Zealand. Even in high performing Alberta success gained through past cooperation between government and educationalists is at risk through the imposition of a bureaucratic system of assessing teacher competence. If this is imposed, international change expert Michael Fullan said it would ‘be like scorching the earth to get rid of a few weeds’.

So ironically, even in high performing systems where success is due to their quality teachers, there are moves, against all international evidence, to weaken the teaching profession in the name economic efficiency and external accountability.

In contrast New York is now realizing the message of Joni Mitchell’s lyric, ‘Don’t it always seem to go, that you don’t know what you’ve got till it’s gone’. Schools in the New York City school system are now being seen as basket cases, where, after years of business led reform, there has been no overall positive impact on student achievement. To sort out the problem a new agreement is being forged to enable earlier maligned schools and teachers to focus on developing innovative and flexible ways to figure out ways to improve student learning.

Unfortunately for our neighbour Australia, the instigators of the New York reforms, have been central to the introduction of similar efficiency reforms (including an emphasis on National Testing called NAPLAN). We are well down the road in New Zealand to a similar disaster with the introduction of National Standards.

Hargreaves also mentions Sweden, once a poster child for social democratic excellence and equity, but since its aggressive introduction of market forces educational reforms has experienced the greatest deterioration of PISA scores. Sweden’s reforms have included the introduction of profit based ‘free’ schools (known to New Zealanders as charter schools) modelled on the Anglo- American reforms of England and the United States. As a result Sweden educational performance has fallen behind the other high performing Scandinavian, countries, namely Finland, and is moving towards the low performers England and the US. Countries New Zealand is currently following.

One last country Hargreaves refers to is educationally endangered Wales.

Hargreaves was member of a group that provided a report to improve the situation. The report recommended the ‘building of the professional capital of the teaching profession’ and  ‘stressed that social capital (how well teachers work together) is as important as the human capital of what teachers are able to do alone – and to this extent…advised that a nationwide commitment to building strong professional communities amongst teachers should be strengthened by giving these communities a clearer focus and by supporting them with government funding so that they could occur in school time.’

Those who are concerned with the development of New Zealand as a creative country would be well advised to follow such recommendations.

Hargreaves was clear, it is ‘important for the government not to get side-tracked by raising scores on PISA but to establish a compelling and uplifting vision of what it wanted…. learners to be.’

This vision, he writes, needs to provide a direction for teaching and learning and to raise the status and respect of teachers so they can realize such a vision. 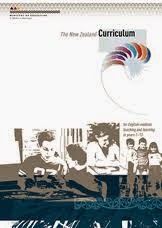 In NewZealand we already have such an educational vision – the currently side-lined2007 New Zealand Curriculum – one widely respected by teachers; teachers currently distracted by the pressure to implement National Standards.

Hargreaves concludes by saying, ‘we stand at the crossroads of teacher quality, which path should we take – to build teachers up or break them down’.

Hargreaves refers to Lyndon Johnson the 36th President of the United States .
Standing at his own crossroads of educational and social change Johnson was clear about the path that America should take. ‘Education is not a problem’, he declared, ‘Education is an opportunity’.

It is time  in New Zealand we faced up to growing challenges of inequity and social dislocation that the market forces ideology has created the past few decades and follow Johnson’s lead.  The promised ‘trickle down’ has not occurred – the rich have got richer and the poor poorer!

Our future leaders need to create an uplifting inspiring vision of a creative, compassionate and sustainable New New Zealand with teachers at the centre of such a transformation.

A country with opportunities for all.
Posted by Bruce Hammonds at 12:57 pm

Thanks for sharing that Bruce. Well done. If National return we can kiss goodbye to teaching being seen as a great career!

Thanks for sharing! Andy Hargreaves typically goes against the consensus when he makes ratings, but his overall track record appears to pan out