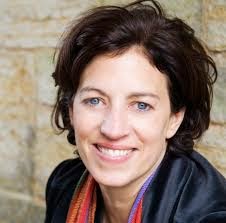 Jo Boaler is the Marie Curie Professor of maths at University of Sussex. She previously taught at Kings College London and Stanford University. She is author of ‘The Elephant in the Classroom: Helping Children Learn and Love Maths’.


An excellent and practical read - a resource being used by a NZ school run by an ex maths adviser. ( A school also using  Aust. Charles Lovett' s ideas)

See this link to another blog about Jo Boaler


Another blog about why kids hate maths ( Anne Murphy).


For all this emphasis too many students leave school unable to do basic numeracy and see themselves as maths cripples.


I have always believed two things have caused thissituation: an emphasis on ‘school’ rather than ‘real’ maths and the use ofability grouping. When I taught I refused to use ability grouping and did my best to introduce real or interesting maths topics to my class– integrating maths, where possible, with the current inquiry study. To cover myself we also did basic computation daily but I taught the students that this was to be seen as ‘practice’ not ‘real’ maths. The majority of the learning in my room was centred around the inquiry based study topics we chose. Literacy and numeracy were seen as ‘foundation skills’ necessary for students to complete quality learning in selected study areas - as well as for their own intrinsic value


I wish I had access at the time to Jo Boaler’s book (and also the research of Australian maths educationalist Charles Lovett   ) but I gained support from computer educationalist Seymour Papert who had written that ‘all science and maths ought to be applied not pure'.  Dr Z P Dienes (of Dienes blocks) had also written that it is  time to 'shift from teaching to learning, from our experience to the children's, in fact, from our world to theirs'.  I had also come to the conclusion that the secret was to do fewer maths topics well – a lesson we now are now learning from Japanese maths teaching.


Jo Boaler writes, ‘far too many students hate maths. As a result adults all over the world fear maths and avoid it at all costs…. It’s the subject that can make them feel both helpless and stupid….Maths more than any subject has the power to crush children’s confidence.’


It’s time to remedy this situation and her book provides the knowledge and the details of the real maths children should be learning.
The ‘elephant in the room’ is the belief held by teachers that some people can do maths and some can’t and so, to help ‘slow’ learners, children are grouped byability. As a result the maths that is taught, she writes, has little in common with real maths. When ‘real’ maths is taught in context many more children are successful.


But changing maths teaching has proven to be very difficult and as a result ‘many children are still subjected to an outdated and narrow form of teaching. With the imposition of national testing in the UK English students’ results (along with students in the US) are falling behind other countries and, as well, more student end up disliking maths. And to compound the problem ability grouping is increasingly being seen as the ‘way’ to teach maths. Ironically these ‘failing’ countries are the ones our government is emulating with its standards agenda!


The purpose of Boaler’s book is to make students and teachers excited about maths and to ensure more students are competent, equipped for a future that will require maths ability.


A key question to ask is what is maths? Real mathematicians see it as a study of patterns and relationships –a way of thinking and making meaning.


One clear difference between the work of mathematicians and school maths is that mathematicians work on tasks that take a long time to complete usually collaborating with other mathematicians to devise solutions while at school students work alone on short ‘unreal’ questions with known answers. Teachers of ‘school’ maths might be surprised, Boaler writes, to know that mathematicians involve themselves in guessing at first and then setting about problem solving. This provides a clue for teachers who want to have their children working like junior mathematician; an approach encouraged by American educator David Perkins.


‘Bringing maths back to life for school children involves giving them a sense of living mathematics….posing and extending problems of interest to students means they enjoy mathematics more, they feel ownership of their work and they ultimately learn more’.


There seems like the need to make school maths a perpetual ‘maths fair’. ‘If students were to work in the ways mathematicians do, for at least some of the time- posing problems, making guesses and conjectures, exploring with and refining ideas, and discussing ideas with others they would be given a sense of true mathematical work….to enjoy mathematics…and learn in the most productive ways.’


The biggest problem in school work in the UK, Boaler believes, is the desire to label children and assign them to a level (standard) and teach them in ability groups. Recent UK government policies, she writes, has ‘pushed the situation out of control’.
Schools are now deciding who can and can’t do maths when they are only four years old and research show that most children stay in the low groups until they leave school. This grouping ignores all that is known about the variety in the individual development of children. Since target setting has taken over in schools children in the UK have dropped from eight to twenty fourth in international tests of mathematical problem solving. A lesson for New Zealand! Boaler believes it is important to replace this target driven approach, which labels and prejudges children producing ‘can’t do’ maths students, with real maths experiences.


What is required, she writes, ‘is to provide stimulatingenvironments for all children; environments in which children’s interests canbe peaked and nurtured, with teachers who are ready to recognize, cultivate and develop the potential that children show at different times and different areas.’
This is difficult if children are placed in low groups – such students come to believe in their lack of ability. In NZ - once a weka always a weka!


Such destructive ability grouping is not used in high achieving countries like Finland and Japan where schools communicate that everyone can be good at maths and teachers work hard to see it happens – working collaboratively to plan exciting maths and doing fewer things well.


It appears to me that in New Zealand schools the use of ability grouping is unquestioned and that many schools and, following the UK ‘lead, are’ moving into greater setting and streaming for maths. Boaler points out that  the International Mathematics and Science Study shows countries   ‘who leave grouping to the latest possible moment or who use the least amount of grouping by ability are those with the highest achievement.’ Japanese educators are ‘bemused by the Western goal of sorting students into high and low abilities’. In Japan what is important is balance. ’Everyone can do everything…..so we can’t divide by ability…Japanese education emphasizes group education, not individual education…we want students to help each other, to learn from each other…to get along and grow together.’ Add to this teachers who plan maths collaboratively and do fewer topics well and you have recipe for success.


‘Researchers consistently find that the most important factor is what they call opportunity to learn.
If students are not given challenging and high level work then they do not achieve at high levels.’ ‘Students who struggle in mathematics are helped by engaging in discussions about maths with students who are working at higher levels.’ ‘In Japan students are not all expected to learn the same thing, which the unrealistic expectations in many countries; instead they are given challenging problems and each student get the most that they can.’ This reflects my own teaching approach.


Boaler writes ‘the impact that ability grouping has upon students’ lives – in and beyond school – is profound. Researchers in England found that 88% of children placed in ability groups at age four remain in the same groupings until they leave school. This is the most chilling statistics I have ever read.’ For schools to make these sort of grouping decisions, she writes, ‘is nothing short of criminal.’


Only by offering opportunities for rich challenges, by flexible system of grouping that does not pre-judge a child’s achievement, and by using multi-level mathematical that each student takes to the highest level will we ‘encourage smart and competent maths learners in our classrooms.’


Maybe it is time for New Zealand schools to re-think their use of ability grouping in mathematics- and reading?


Time to let those wekas fly!


And if you aren't convinced read this!
Posted by Bruce Hammonds at 11:24 am