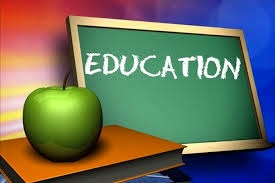 I welcome suggested articles, so if you come across a gem,
email it to me at allan.alach@ihug.co.nz.

A Big Problem with Ed Research
If this article is accurate (and there’s no reason to suspect otherwise) then the basis of Hattie’s mega-analysis research may have been severely undermined.

‘It means that very likely a great deal of what's passed off as research-based knowledge is information that has never been checked, the result of just one piece of research. Imagine if you were seriously ill and your doctor said, "Well, there's this one treatment that only one guy did only this one time, and he thought it turned out well.”'
http://bit.ly/1oxifv2 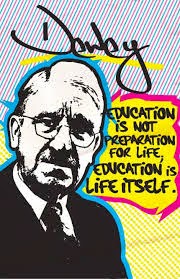 This is a very important article about the battle for education in America (and applicable elsewhere) over the last century. The seeds of today’s problems were sown a long time ago, and survive, in spite of visionaries such as Dewey and Freire.

“Before diving into the content and direct instruction debates, I want to address what is really going on. You don’t have to read George Orwell or Ray Bradbury to know this (although you should*), but the powerful in any society recognize that those who control knowledge (and language is knowledge) ultimately control everything. Thus, to codify what is known, what counts as knowledge, and what facts mean is to establish power.”
http://bit.ly/1sZ6wWv

A Conversation On Lessons From Finland
More from Pasi Sahlberg, this time in conversation with an Australian educator. Very applicable all over, especially in the usual five Anglo-Saxon dominated countries. 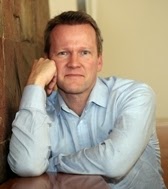 “Your question about the value of PISA is like asking what do you think about fire! They are both useful and can benefit our lives significantly if we know how to deal with them. Unfortunately PISA is often like a box of matches in the hands of a child. PISA certainly has had negative consequences in some places where it has taken the driver’s seat in determining priorities in national education policies. There are a number of countries now (including Australia) that have formulated their goals in education to be on the top of the global league tables. An over-reliance on reaching such targets, by insisting that schools and teachers focus on a narrow area of academic achievement at the expense of broader learning and personal development goals, may have worrying effects later on.”
http://bit.ly/1xOPWbf

The Time is Now
An article by Dr Robert Valiant, sourced from the US website Defend-Ed. 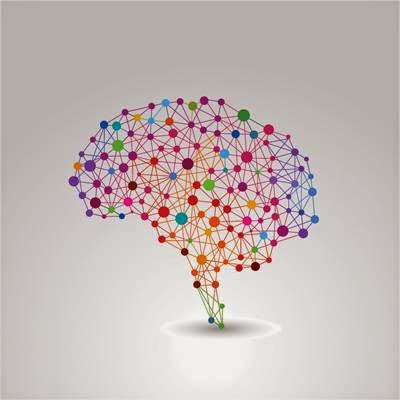 “I have been doing a little reading on one of my true loves, brain research, and would like to take a moment to say that rapid growth in the field is producing astounding findings that are important to those of us in the brain business, teaching and learning. I am, of course, dismayed by the current education reform efforts, most of which appear to be diametrically opposed to the new research findings. I won't go into detail here, but even on the macro level the predatory reformers have it wrong.”
http://bit.ly/1rWavAS

“And yet standardisation, synchonisation and centralisation stubbornly persist in a few notable enclaves. Perhaps the most notorious resistance to the technological wave comes from the state 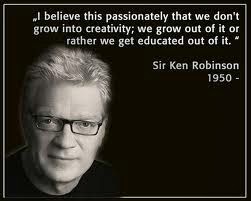 ‘The factory model of education persists, because in the mind of its proponents, it is still the most efficient, cost effective way to train the workforce of the future. And yet, according to critics such as Sir Ken Robinson, this is not the way forward. In a recent speech, Robinson intoned: "We still educate children by batches. We put them through the system by age group. Why do we do that? Why is there an assumption that the most important thing kids have in common is their date of manufacture?”’
http://bit.ly/1kGQsHY

“Education As Great Equalizer” Deforming Myth, Not Reality
A very comprehensive article that debunks the neoliberal myth that education is the solution to poverty.

“So, you are 2.5x more likely to be a rich adult if you were born rich and never bothered to go to

college than if you were born poor and, against all odds, went to college and graduated. The disparity in the outcomes of rich and poor kids persists, not only when you control for college attainment, but even when you compare non-degreed rich kids to degreed poor kids!”
http://bit.ly/1opyf1e 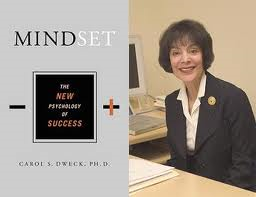 “The author of mindset theory, Carol Dweck, cited neuroscience research that examined brain activity of students when receiving feedback. Students were asked various questions and then told whether they were right or wrong. If they were wrong, they were also told what the correct answer was. Pretty much every student’s brains were active when being told whether they were right or wrong but only growth mindset students’ brains remained active to hear what the correct answer was if they had made a mistake."
http://bit.ly/1uyiUMo

Ranking and Sorting: The Sordid History of Standards and Tests
Very important article by Anthony Cody, which will give you the essential understanding of the whole testing and standards movement. It’s not nice.

“One of my heroes was the late Stephen Jay Gould, who devoted his life to exploring and explaining the intricacies of evolution. In his book, The Mismeasure of Man, he reveals the roots of standardized testing in the work of Lewis Terman, who brought to us the first widely applied tests, building on the work of Binet, who had pioneered intelligence tests for inductees into the Army during World War 1.”
“This “science” of measurement was also connected to a movement called “eugenics.” It was seen as undesirable for the less intelligent to reproduce, since their offspring would be inferior, and thus a burden to society. And there were heavy racial implications as well.”
http://bit.ly/1stklxP

6 Things You Should Know About The Future
Bruce: “The future’s not what it used to be!!”

“That’s the funny thing about the future.  It’s never as fantastic as we hope nor as horrible as we
fear.  The one thing that’s for sure is that times will change and we will have to adapt. While there is no way of knowing exactly how that change will play out, we can identify trends, make common sense judgments about where they lead and prepare for them.” 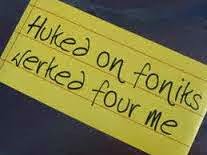 Why phonetic spelling isn't effective
GERMers seem to love phonics as the solution to everything (e.g State of New South Wales in Australia). They obviously haven’t read Frank Smith. 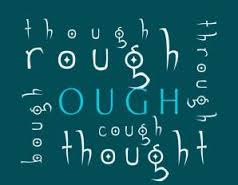 “However, it seems to me, that those people who want phonetic spelling have not thought through all the problems that would be created by it. The problem is that different people pronounce some words differently and so would spell them differently phonetically. Amongst people who speak English there are many different types of accents and thus pronunciations.”
http://bit.ly/1uqLa6o

15 Things Every Teacher Needs from a Principal
Bruce’s comment:Seems an insightful list to me. 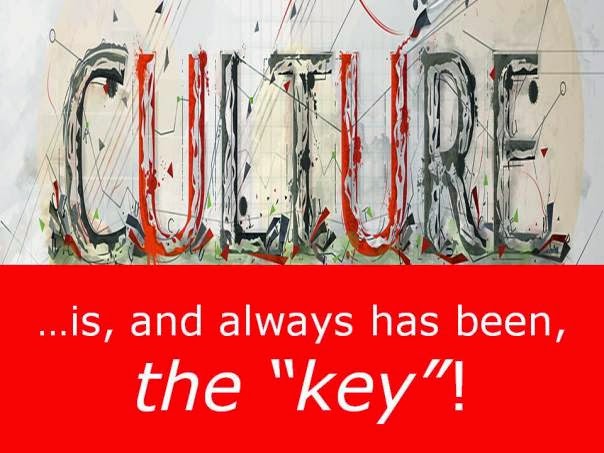 ‘“Principalship” entails many things, but at its core, it is—and has always been—about building trusting relationships. We may balance the budget and successfully maintain the building; we may ensure that teachers have the necessary resources and all the professional development opportunities in the world…but if we fail to build trusting relationships, what good are balanced budgets, “SMART” classrooms, one-for-one programs, and squeaky clean amenities?’
http://bit.ly/1r8lB9K

From Bruce’s oldies but goodies file:

The corporate takeover of society and education.
This is the GERM that needs to be challenged – the key issue of the upcoming NZ election. One of Bruce's most popular blogs.

on student achievement. The market forces  corporate ideology places value on hardnosed economic growth and demonizes teachers and schools as failing students and being stuck in the past. To reform this seemingly failing situation a standardised model has been implemented which has resulted in a one dimensional approach to education with success being determined and measured by narrow literacy and numeracy levels in primary school and NZCEA levels in secondary.”
http://bit.ly/1hARUnP

Another expert on teacher quality? Disruptive or dangerous?
While this article is about New Zealand, it discusses a problem common to all GERM countries, and also the OECD, where economists feel qualified to comment on education and teacher quality. Dangerous.

“No one would challenge Makhlouf's assertion that education is the key to economic success but how one defines achievement ( in a narrow literacy / numeracy sense, or the development of

student's talent and gifts) needs debating. And as for Makhloufs enthusiasm for performance pay, once again, this depends on what is counted as achievement. Performance pay has had a checkered career in the US. Makhlouf , being an economist, believes it is all about collecting data to measure success. Simplistic stuff - important learning  attributes defy easy measurement.”
http://bit.ly/1sP6gbw

Basing education around student inquiry.
Bruce’s comment: This popular blog  outlines a discovery approach NZ creative teachers at all levels are aware of.

“Well-executed PBL begins with the recognition that, as in the real world, it’s often difficult to 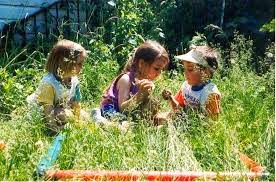 distinguish between acquiring information and using it. Students learn knowledge and elements of the core curriculum, but also apply what they know to solve authentic problems and produce results that matter. Students focus on a problem or challenge, work in teams to find a solution to the problem, and often exhibit their work to an adult audience at the end of the project.”
http://bit.ly/16VkKej

“The Blue School in Lower Manhattan was established by members of the Blue Sky Company -a company involved in helping organisations develop creative ideas.They wanted to establish a school

that celebrated the creativity and ideas of children - they wanted to establish a school they would have liked to have gone to - a dream school for their own children. They wanted school committed to keeping alive the sense of wonder, play and joy of young children. The school currently caters for children from 2 to 6. The ideas will not be new to creative teachers, particularly those that 'teach' younger children but their emphasis on making student inquiry central is a challenge to us all in these day of making literacy and numeracy achievement central.”
http://bit.ly/1pNq8Ld

This week’s contributions from Phil Cullen

A History of Blanket Testing
This is a powerful article from Phil that discusses his experience of Minimum Competency Testing in the USA in 1980. You will notice that apart from a change of name to common core standards, not much has changed. This is a must read.

“Did I hear you say that things are different these days? Well. This is a personal account from back when. In 1980, I visited the USA and the UK for the express purpose of studying the Minimum Competency Movement in the USA and the Assessment of Performance Unit in the UK, both politically-produced ordurous reactions to the Back to Basics meme of the 1970s. The 70’s “standards debate” had been a vicious attack on schooling that was lasting far too long. In Australia, it was led by “The Bulletin” and one or two conspicuous non-teaching attention-grabbers in each state. It died in Australia as it deserved to do before the the educational dementia of national blanket testing set in. Not so in USA. Sad consequences there as reported below.”