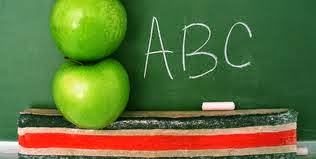 Being a Better Online Reader 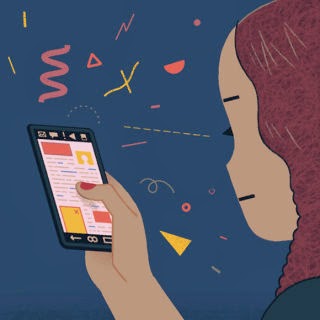 “Certainly, as we turn to online reading, the physiology of the reading process itself shifts; we don’t read the same way online as we do on paper. “

“The tangibility of paper versus the intangibility of something digital.” The contrast of pixels, the layout of the words, the concept of scrolling versus turning a page, the physicality of a book versus the ephemerality of a screen, the ability to hyperlink and move from source to source within seconds online—all these variables translate into a different reading experience.”
http://nyr.kr/1lpnbfo

Brain waves show learning to read does not end in 4th grade, contrary to popular theory
“Teachers-in-training have long been taught that fourth grade is when students stop learning to read and start reading to learn. But a new study tested the theory by analyzing brain waves and found that fourth-graders do not experience a change in automatic word processing, a crucial component of the reading shift theory. Instead, some types of word processing become automatic before fourth grade, while others don't switch until after fifth.”
http://bit.ly/1rmVgSW

10 School Reform Phrases That Should Trigger Your BS Detector
What others can you add to this?

“Education is filled with jargon, buzzwords, and BS. I've had a lot of fun over the years skewering the inanity that gets bandied about in education research and professional development. Education policy and school reform are rife with their own vapid vocabulary.

It's worth flagging this stuff. Doing so reminds us that fatuous phrases don't make problems go away.  It helps puncture sugarplum visions fueled by hot air. Left unchallenged, pat phrases allow wishful thinking to stand in for messy realities. After all, these fatuous phrases are pervasive. Hell, I've lapsed into using them...plenty of times.  So this is less about calling anybody out than ensuring that we don't let pleasant words stand in for careful thinking. Here are 10 phrases that, when heard, should cause listeners to ask the speaker to explain what he or she means, using words that actually mean something:”
http://bit.ly/UoOz5Q

to be judged “outstanding” instead of making the lessons enjoyable and creative a report has claimed. In a wide ranging report by the University of Sunderland, researchers found that teachers are constrained by the structure of the school day and the push for conformity is hindering progress in “deprived” schools.”
http://bit.ly/1ng7MlD

Sweden’s School Choice Disaster
Hey GERMERS, maybe you should read this … Oh sorry, I forgot - you prefer ideology to evidence. My mistake.

“Advocates for choice-based solutions should take a look at what’s happened to schools in Sweden, where parents and educators would be thrilled to trade their country’s steep drop in PISA scores over the past 10 years for America’s middling but consistent results. What’s caused the recent crisis in Swedish education? Researchers and policy analysts are increasingly pointing the finger at many of the choice-oriented reforms that are being championed as the way forward for American schools. While this doesn’t necessarily mean that adding more accountability and discipline to American schools would be a bad thing, it does hint at the many headaches that can come from trying to do so by aggressively introducing marketlike competition to education.”
http://slate.me/1nEn45r

What Happens When School Design Looks Like Game Design
Quest to Learn has featured in previous reading lists. Here’s another article.

“Digital games can be amazing tools, but only when used to make it easier to contextualize the gifts we’ve received from Shakespeare, Socrates, Euclid, and others. The thing about tools is that their strength is usually derived from the way they approach a problem rather than in the particularity of the solution they offer. For example, consider the hammer: a great technological innovation that our

human ancestors imagined more than 2 million years ago. What made it revolutionary was not so much in the material from which it was assembled, nor the particular object it bashed. Instead, the hammer was revolutionary because it forever transformed human experience by introducing the possibility of striking, and therefore altering, our natural surroundings. It changed the way we look at things.”
http://bit.ly/1x6GUG4

“Learning should be passion-driven rather than data-driven and focus on the needs of students rather than the needs of the tests. Classroom activities should provide numerous opportunities for students to connect with their dreams, feelings, interests, and other people rather than demand students read closely and stay connected to text.”
http://bit.ly/1mJeRXE

The Neuroscience Behind Stress and Learning
Hey GERMERS, here’s another one. Convinced yet?

“The realities of standardized tests and increasingly structured, if not synchronized, curriculum continue to build classroom stress levels. Neuroimaging research reveals the disturbances in the brain's learning circuits and neurotransmitters that accompany stressful learning environments. The neuroscientific research about learning has revealed the negative impact of stress and anxiety and the 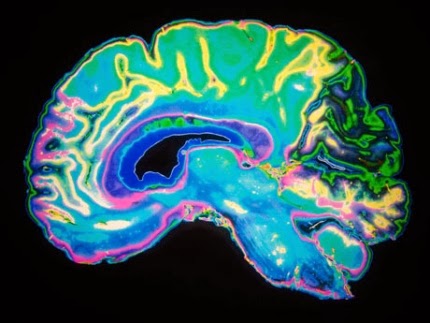 qualitative improvement of the brain circuitry involved in memory and executive function that accompanies positive motivation and engagement.”
“Joy and enthusiasm are absolutely essential for learning to happen -- literally, scientifically, as a matter of fact and research. Shouldn't it be our challenge and opportunity to design learning that embraces these ingredients?”
http://bit.ly/1rIISwQ

The arts as "the basics" of education.
This article comes from a site run by US educator Kieran Egan (thanks to Robert Valiant of the US ‘Dump Duncan’ Facebook page for bringing it to my attention). Egan’s site has a lot to explore and is highly recommended.
Bruce’s comment.’This article gives insight to his thinking – that young learners have powerful, rich, affective imaginative lives that we lose as we grow and that a developmental

approach (that we move from the simple concrete to the abstract) fails to recognise. The idea that students learn though stories and metaphors is worth thinking about.’

“I want to suggest that the problem we find ourselves in--sidelining the arts increasingly even though we recognize their centrality to education--is in part tied up in our having accepted a set of basic educational ideas that are mistaken. That is, I want to make the uncomfortable case that the root of the problem is a set of ideas that most readers of this article probably take for granted.”
http://bit.ly/1pEv0PP

First up is a series of art relate links, a discipline that Bruce is passionate about. 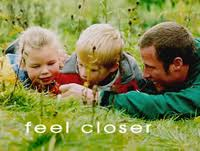 Bruce: Exposure to the arts teaches observation, or deep noticing. There is a difference, as you know, between looking and looking closely. When students are asked to draw something, they must look closely to accurately observe the lines and shapes of the object they are trying to portray. Students learn to see tiny differences and to record them. Doesn't this sound like what a scientist does.
http://bit.ly/1b0Bfw9

﻿﻿Observational drawing tips for senior students
﻿﻿﻿﻿
﻿﻿
“For many students, drawing is the core method of researching, investigating, developing and communicating ideas.”
http://bit.ly/1tSfyDC

Bruce: Video Clip about drawing. Many people think camera and computers have made drawing obsolete. Through drawing you learn to see the world as if for the first time. Drawing is a way of asking questions and drawing answers. It slows the pace of the mind and as a result of drawing the world looks different. In our classrooms too many spoil their work by rushing( thinking first finished is best) This slowing the pace of mind is hard to achieve with a camera – although cameras are great for gathering visual ideas.
https://www.youtube.com/watch?v=Fn3T0iPzaog

Austin's Butterfly: Building Excellence in Student Work - Models, Critique, and Descriptive Feedback
Bruce: This is a great little video helping young children learn to look hard and to draw. You can’t get this  kind of skill using digital media.
http://vimeo.com/38247060

Pasi Sahlberg: Five U.S. innovations that helped Finland’s schools improve but that American reformers now ignore
Bruce: Time to get back to Finland – enough of this neoliberal GERM nonsense that has infected education in Australia, the UK , the US and next year in New Zealand if no change of government.

“The question should not be: “How to have more innovation in education?” The real question is: “How to make the best use of all existing educational ideas that are somewhere in American schools and universities?” The answer is not to have more charter schools or private ownership of public schools to boost innovation. The lesson from the most successful education systems is this: Education policies should not be determined by mythology and ideology but guided by research and evidence from home and abroad.”
http://wapo.st/1nQ8p5w

From Bruce’s oldies but goodies file:

Transforming Secondary Education – the most difficult challenge of all.Thoughts from a past age – ‘Young Lives at Stake’ by Charity James
Bruce’s comment: An oldie but  relevant for rethinking education for students from middle school to senior secondary. Based on thinking developed 40 years ago by Charity James, the approach provides the basis for a truly transformed education based on developing the gifts and talents of all students.  Very much in line with the intent of the  largely side-lined , 2007 New 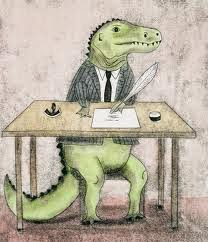 Zealand Curriculum which asks schools to develop students as ‘seekers, users and creators of their own knowledge’.

“Secondary schools, if anything, remain determined to lock both teachers and students in a fossilised 1950s punitive environment of isolated specialist teaching, arbitrary periods of time, timetables, streaming by ability, uniforms and hierarchal power structures. Such schools are dysfunctional but there seems little pressure to change them – instead teachers are criticized for students’ lack of success and even poverty is not to be seen as an excuse.”
http://bit.ly/1k3YTMR

This week’s contributions from Phil Cullen

This is an excellent article by Phil, that all teachers should read.

“Maieutic strategies convey midwifery roles to teachers; and the strategies towards the right-hand end of the continuum imply that a child’s natural desire to learn is helped to manifest itself as the child

develops. The teacher is there at the birth of learning of something new and nourishes the child’s personal control of it. Learnacy is part of a child’s psyche from birth and its development is the real business of the concerned teacher. The pupilling processes accelerate cognitive development with genuine concern for achievement.”
http://bit.ly/1oF36qh

Another gem from Phil that is everyone (not just teachers) should read.

“Profit before people. Profit before social services. Profit before environmental welfare. Profit.Profit. Profit.Leads to : Men before women. White before black. Right-wing before Left-wing. Sycophancy before experience. Adults before children. Bureaucrats before Mums. Testing before learning.”
http://bit.ly/UKrn27

“In one of Sydney's most striking public buildings, the age of students will not dictate what they learn, teenagers and preschoolers will study together and Skype hubs will put students in daily contact with their peers around the world.”

“Professor Heppell said the recipe could include developing the school as a village for all learners of all ages, creating small schools within the school, a focus on studying "by stage not age" and ensuring it was technology rich with a global focus.”
http://bit.ly/1plmPdQ

Another expert for the Australian government to ignore, mind you, given Prime Minister Tony Abbbott. who’d be surprised?

“Internationally renowned education expert Dr Yong Zhao told principals in Brisbane on Thursday there was a global mismatch between skill shortages and unemployment and schools need to shift from “a sausage-making model”, in which they produced students with similar skills and similar knowledge, to one that encouraged creativity and entrepreneurialism.”