Vision.Looking towards a better future - escaping the present

The elections are over - now it is time to think of where to next..


The National Government has been returned with a resounding victory. The Labour opposition is in disarray and now faces the necessity to both consider the reasons for their defeat and to elect a new leader.


All sorts of ideas are being expressed to explain Labour’s  defeat: that as the opposing a party they made little attempt to discredit the government; that Labour’s  policies were distracted by extraneous developments around Dot Com and Nicky Hager’s book Dirty Politics’; and issues of leadership failure. The truth is that Labour has been struggling for several years as the polls clearly indicated.


My own feeling is that Labour ought to have pointed out that the market reforms (that the government has followed and in truth governments since the 1980s) have not, as promised success for the benefit of all. The ‘trickle down’ phrase, often quoted in the past, has been a myth and increasingly has made the ‘rich richer and the poor poorer’. The market reforms were premised on getting the government out of the equation through reducing regulations and encouraging privatisation of services with the intent of developing grater innovation. As Ronald Reagan said, ‘the government is not the answer it is the problem’ At the same time Margaret Thatcher said, ‘there is no such thing as community’ and added ‘there is no alternative’ (TINA). We have seen, over the past thirty years worldwide, the democratic power of the state to protect its citizens being passed over to control by international corporations and vested financial interests.


As the neo-liberal ideology colonised Western counties thecitizens of such countries shifted to the centre away from a belief in the welfare state; the ‘left’ was no longer felt a good place to be.


The election ought to have been contest between a rising concern about the bigger issues of environmental degradation and the possible effects of climate change and   the present status quo. It was no contest. The Greens held their own but Labour failed to grab the imagination of the people who saw little sense of shifting from the security and certainty of the current government. Why worry about such issues if the government, as represented by the Prime Minister, seem not to be concerned?


The big question for opposition parties is to face up to the shift from the left to the centre by people who once might have voted Labour.  Being left is no longer something successful people want to be allied with; the current government has sold the idea of the aspirational society (‘winners’) and, associated with this, there is little empathy for those not able to succeed (‘losers’). Sadly even those who have most to lose under a continuation of the present government couldn’t even be bothered to vote!


Maybe it is time to forget the left /right issue and focus on a present versus future orientation?


The National Party focussed  simply on the need to be allowed to keep doing what they had been doing – ‘working for all New Zealanders’ , the Greens focused on a qualitatively different future but one that might well have frightened off many people and Labour’s ‘Being Positive’ was vague to say the least.


Future success for any opposition must be to focus not on left or right but the present or the future.


One of the prospective contestants for Labour leadership during a TV interview Stuart Nash talked about the need to consider ‘a vision for New Zealand thirty years into the future’ and that there is a need ‘to create a mood for change’. 'What sort of country', he asked, 'do we want to be seen as'? Values to underpin such a vision should for the benefit and protection of all and not just the well off? Vision provides direction but values provide a moral compass. Once direction has been established, and values clarified, then all actions need to be aligned to achieve the vision. Such a clear vision has the power to pull people into the future and to see that more of the same, or looking back to the past, is folly


This is naturally easier said than done and  would require multiple conversations with as many individuals and groups as possible  both to educate people about the challenges we need to face up to and some positive solutions  to work towards. Maybe, as the people of Great Britain found out in 1939 when the threat of Nazi Germany could no longer be ignored, there will be no choice.


In a paper written by Chris Trotter (published in the Press 22 April 2014) he stated that the challenges of the future cannot be ignored. The Green Party (‘it’s not easy being green’) wouldn’t need to exist if other parties grasped the sheer size of the paradigm shift needed to deal with global warming, resource depletion and the despoliation of the natural environment.’


The tragedy of our times is that the politics of ecological denial has some extremely powerful backers. Trotter believes that the history of the 21stC will be shaped by an increasingly bitter 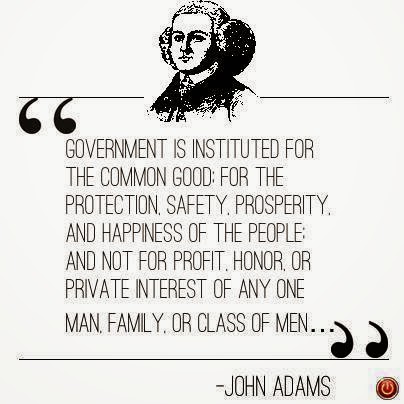 struggle between neo-liberal market forces ideology and the need to develop sustainability in all aspects. This boils down to the belief of individualism versus the interrelatedness of all living things. In short, he says, 'between I and we'; individual self-interest versus protection of the common good.


This is the issue of the present versus the future. The Green party focussed clearly on sustainability - economic and environmental, with its smart economic policies.  The Green’s position was easily understood – if feared (and hence ridiculed) by those ‘winning’ under present policies. National, in the recent election, focussed on the competitiveness of our market system while at the same time colonising some of the traditional territory Labour claims – free medical visits up to 13 and extending maternity leave. This could be interpreted as ‘tweaking’ the present scenario.  Labour position, although having much in common with the Greens, was unclear. 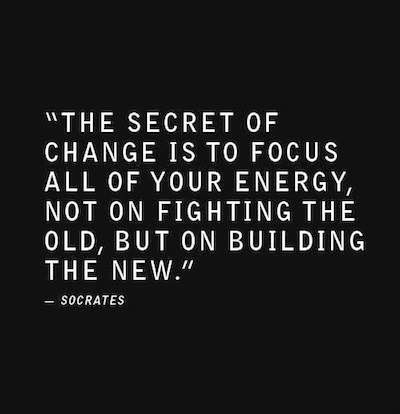 So my advice is to drop the left /right descriptions and to develop a future versus present argument. Both the Greens and Labour could work together to develop this positive future scenario by developing policies both to alleviate and prosper in a world focused on sustainability.


A future orientated vision has the power to provide a sense of hope for those who are currently being left behind or only managing to hold on their position in society of ‘winners and losers’.


Sooner or later the choice will become clear but now, as Stuart Nash said, is the time to develop a mood for change; to focus on the kind of New Zealand we want to work towards.


According to Chris Trotter if Labour does not pick up the challenge of defining a possible exciting future, one that is inclusive of all, then labour could be ‘consigned to the dustbin of history.’


Trotter believes that many Labour supporters indicate that working closer with the Greens is their preference. This would have to include myself.

The NZ Elections - are we missing the big picture?

The future of capitalism - Lester Thurow


Do we need a new balance between Central and Local Government.


The neo-liberal market forces ideology believes in minimal or small government with business friendly regulation often at the expense of protection of the environment and the common good The Labour Party, in particular, has been seen as representing a centrist state determined party summed up in recent years by the National Party (and in turn a majority of people) as the ‘nanny state.’  The big business world , particularly international corporations, believe that governments and public service bureaucracies restrict their success and support  ‘small ‘ government and minimal regulations.

Maybe it time  to reflect on the role of government in an information age?


When New Zealand was first settled by Europeans a system of provincial governments was established – difficulty of communication made this sensible. With inequality, created by wealth created through the discovery of gold in the South Island, and the difficulties resulting from the land wars in the North, as well as a need for a national approach to developing expensive infrastructure, provincial government was abolished and central government, as we now know it, established.  The state, particularly as a result of the reforms of the First Labour Government became all powerful. 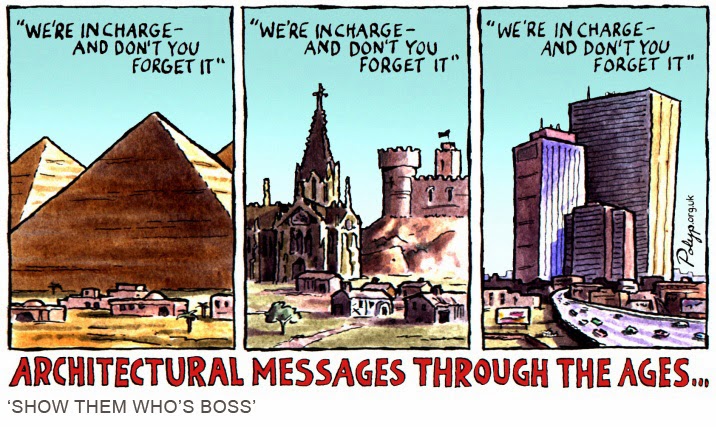 The welfare state established post World War 2 was finally replaced by current neo-liberal ‘small government’ ideology in the 80s – introduced ironically by a Labour Government.  The state was increasingly seen as part of the problem to be solved by privatisation of state services – this is increasingly being extended into such area as education (charter schools) and health.


Perhaps a new vision for New Zealand could consider a re balancing of local and central government responsibilities?

Local government currently has a lower voting turnout than national politics. A future vision might well consider empowering local government with a greater share of the tax take and as part of this move to create connections at the local level between local and central services? Education, welfare, health, police, job creation, justice could be integrated, to some degree, with local government? Such moves would increase a sense of democracy at the lowest level and move away from the current ‘one size fits all’. Regional governments, as long as they complied with basic requirements set by central government, could develop the diversity that would reflect New Zealand’s cultural make up.

This is about empowering people and in the process reinventing democracy for the 21stC? Currently state governments worldwide are being influenced by vested corporate and financial interests. A strong state government is the only real protection of all New Zealand citizens. Devolving responsibility to the lowest level, within agreed guidelines, will encourage regional development/ diversity; cater for cultural differences and coordinate ways of improving resources; working with private enterprise as necessary, in a range of areas.


At least would be worth a consideration for a future conversation about the future?

Posted by Bruce Hammonds at 1:06 pm

Bruce the is a very cogent and insightful look at what could be achieved with the will of a party (Labour) prepared to work with others of the current left and not pretend it is able to provide opposition on its own.

Like you, I am sure, I implore the Labour Party to get its act together and your future looking paradigm would provide the difference the electorate needs to make choices. Outside of Mana/Internet there are few differences presently between Jonkey and the left. Just saying.

Thanks Mac.
Work with others but less of the left right polemic and more of a preferred vision of the future - or we will get what we are given!!

It is important to keep pointing out the economic and sustainability challenges ahead that will inevitably result from a market forces approach but even more important to provide a future vision to pull people away from their current short termt self interest.