Bringing communities back to life 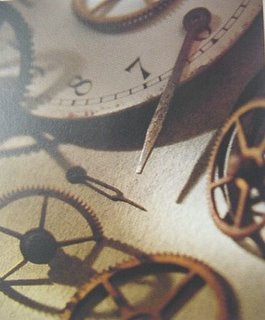 The clockwork scientific age is falling apart - it was good while it lasted but now we need new thinking.

The problem with societies 'waste products'!

We like to talk a lot about systems but I wonder if we really know what the term means. For example, we talk about the ‘education system’ but in reality it is anything but a system; more a collection of disjointed parts that are continually patched up to keep it going.

It is all rather like rearranging deck chairs on the Titanic!

And we talk about students who have fallen out of the system as being their fault! Like blaming the passenger (or the hapless crew) for their own drowning!

Recently we have had an outbreak of gang violence in South Auckland. And no one seems to know what the prime reason is for their behavior – or so it says in the papers. In the process of describing the situation the article itself provides clues to possible answers. Authorities even talk about studying the ‘psychology of gangs’ to see what attracts these alienated young people.

It would seem obvious that such young people want to belong to something; to gain a sense of personal power; to be part of something that makes their lives more meaningful to them, no matter how anti- social it looks to the rest of us.

The students involve themselves in ‘meaningless activities’ to gain a reputation for being tough; they are looking for some form of identity; some intimacy with others; they want to make a mark on society (one way or another!) – to fantasize about their lives, to gain status and ‘respect’!

I would have thought that the purpose of the ‘education system’ was to satisfy these needs in positive ways?

The young people above are but one group that has fallen through the cracks. Even the ‘system’ gives the so called 'successful' the wrong message for a new age.

This gets back to the point of systems. Our current western culture is more a collection of independent parts that, although they might have once worked well, are now falling apart; it is not a ‘system’.

We currently live in a world of separation, fragmentation, clear boundaries and accountabilities. We plan and control all this from above and those that can’t fit in are rejected. Unfortunately for the rest of us they still have needs to fulfill, even if they are gained in anti social ways.

And solutions will not be found – except for punishing and imprisoning the offenders, until we take a fresh look at out society and think about how we could create better ‘system’. Our justice ‘system’ is already full to the brim with the anti social. We just can’t keep on building prisons.

We have to accept that almost every institution is failing miserably. This includes schools that are currently turning out 20% of their students with nothing to show for their education except a desire to get even in someway.

Large secondary schools are a microcosm, or metaphor, of society at large with their fragmented subjects dealt out to students on the signal of bells, with no one really understanding what the total package the students are receiving. They are more education factories, locked into the past, than learning communities continually evolving to thrive in an unpredictable future.

The solution is to change all these complex and large ‘systems’ so that they work together and to replace their unfeeling mechanistic ‘mindsets’ with an organic ecological one. The future is about relationships, community and networks rather than the current competitive individualism of ‘winner takes all’. The future demands a personalization rather than a standardization of services

Maybe this is messy in comparison to the current craze of efficiency and measurement but it would create an inclusive sustainable world that would give all citizens a chance to make a contribution.

The age of science and efficiency, the clockwork measurable world, has lasted 400 years but now we need new imagery and new metaphors to replace our rusting machine age thinking.

It is impossible to think of fixing up education, welfare or justice system with thinking of the connections between them and the communities they serve.

We need to re-imagine our secondary schools in particular and re- integrate them with communities.

The first thing to do is to accept that the old ways are no longer working to make space for new ideas; before we can reinvent or re-imagine we have to let go of the old. And those who currently hold the power might, like the dinosaurs before them, quietly fade away.

The first country to develop new integrated organizations for an era of creativity and connection will in turn the first to solve the problems we are currently facing up to.

Creative socialism?
Posted by Bruce Hammonds at 10:29 am

I agree it is time to re-think the whole system - but who has the time or the will? The communist 'dream' ('nightmare') is dead but we need something beyond selfish individualism / capitalism. Creative communities?

Got to start somewhere, with some one! This is the point of our site www.leading-learning.co.nz , which incidently is getting more hits every month - currently 2850 a day.

Blame kids, blame parents, blame teachers, blame schools - sooner or later the whole system must be the focus for change.

As a society we would rather patch up a sinking ship than face up to the real problem - wrong ship!

Sad thing is that so many people, in so many organisations, are so busy trying to patch things up that they are getting better at doing a bad job to the point that real change would scare them to death!