The power of interest! 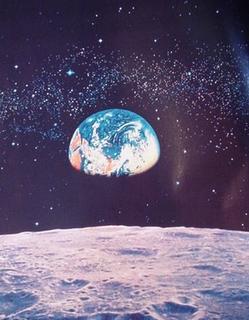 ‘I think the big mistake in schools is trying to teach children anything and using fear as the basic motivation to learn. Fear of failing grades, fear of not staying with your class. Interest can produce learning on a scale compared to fear as a nuclear explosion to a fire cracker.’

Tapping into student’s interests would seem obvious motivation to anyone - and for students of any age. Instead schools continue with their traditional obsession with their ‘just in case’ curriculum. A few innovative schools have moved on to a ‘just in time’ curriculum and are personalizing learning around the needs of their students. The business world learnt this trick long ago, but they had to, or they would have gone bust!

Perhaps it is not fear that is such a worry these days but the irrelevance and the boredom of having to sit in a ‘one size fits all’ factory environment where their interests and voices don’t seem to count. At the same time, when they get home, they can get all they want from the wide range of information media that they are plugged into in their bedrooms. Learning from anyone, anywhere and anytime! The curriculum is now in cyberspace!

Until schools lose their obsession of measuring 'their' success by so called ‘evidence driven data’ and start focusing on the real needs of their students nothing will change. Not enough testing is not what is wrong with our schools – we are already suffering from test overkill. In schools it is ‘data data everywhere and not a thought to think.’ In the USA they say they are well beyond being helped by tests. They are, as one school leader said, ‘awash with them’. Testing is big business and more about politics and schooling than real education.

As the educationalist Jerome Bruner wrote, in line with Kubrick’s thoughts, ‘education is the tricky art of intellectual temptation.’

We should focus more on this lost art and less on technocratic imposed solutions.
Posted by Bruce Hammonds at 8:26 am

It does seem a simple enough proposition. Too simple I guess for educated people who always know best what we should know.

Thanks for the quote Richard.

The quote from Kubrick points out that we should listen closely to those who have been successful in life ( particularly in the creative fields) as against those who have achieved formal 'educational' requirements. Not the same thing I believe. Someone once said, 'he never let schooling interfere with his education'! Mark Twain?

This is somthing I have long thought about - that is asking as many talented people what helped them most realise their ambitions and then seeing if the conditions could be replicated in a school setting. Schools for talent development rather than school achievement.

Tapping into student's interests might be the solution for the 20% of kids who the radio news say still fail our schools?

Nothing sems to have changed for all the so called reform!

Anything that values kids voice,choice and sense of identity would change everything.

Personalization and diversity rather than standardisation and conformity.