It is all about motivation 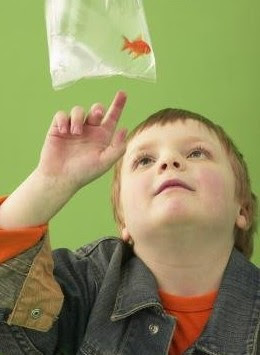 The New Zealand Curriculum states that 'intellectual curiosity is at the heart' of the thinking competency. For all that it is hard to find a direct reference to the word motivation but it is motivation that is the key to engaging learners. I have always liked Jerome Bruner's quote that 'teaching is the canny art of intellectual temptation.' If we want to solve the problem of disengaged students it is toward motivation must turn not the reactionary and simplistic national standards!


While waiting my turn to present at the West Coast Principals Conference held at Franz Joseph I had the opportunity to listen to Otago University educationalist Terry Crooks of NEMP fame.

In all his years in education Terry said he had come to the conclusion that the most important issue in education is motivation.'Motivation', he said, 'is at the heart of learning.' 'Motivation', he added, 'is far more important than the introduction of such things as National Standards ( testing). This coming from an educationalist who has dedicated much of his life to the testing of students achievements was worth hearing.

It is not that students cannot learn it is just that we have spent too much time on focusing on thing we think they should know rather that focusing on what motivates them. Young people are born with an innate drive to learn , to make sense of things, and to inquire about whatever capture their curiosity and imagination.


Terry talked about the centrality of students interests - what they like to learn about and about how teachers can capitalize on this desire to know.

Referring to the effective pedagogy of the New Zealand Curriculum Terry noted that motivation didn't even make it as a heading. Nor, I would add, did inquiry, but both are implicit. He regretted that motivation 'was not highlighted as as an important issue as it is the prime goal of teaching'.

As teachers we need to know what interests them, what they love so as to turn such interests into education growth in knowledge and positive attitudes. 'We need' , Terry said, 'to cherish and support such interests and to build on the enthusiasms kids bring with them'.

And he said 'we need to find ways to complement their interests and find ways to broaden them'. To me this is the prime purpose of education - to amplify the gifts and talents all students bring with them to the classroom. It seems we have made education far too complicated with our focus on 'our' curriculums! We need, as Sir Ken Robinson reminds us, 'to find each learner's medium'. 'What is it that makes individuals', Terry said, 'fall in love with learning'. When learners are totally involved, learning at the optimal level, he said they enter, what some writers have called, 'flow'

For teachers, Terry continued, the challenge is to make appropriate demands on students so as to match tasks to their ability. This aligns well with Vygotskys's 'zone of proximal development' or the personalisation of learning agenda. This are the areas of teacher artistry. If teachers do not match tasks to students competence students adopt the habits of 'learned helplessness' - they learn to give up and become disengaged; this in turn creates the so called 'achievement tail'.

'To develop enthusiastic learners', Terry said, 'you need build motivation through success with what students regard as significant challenges'. 'Time spent on motivation', he said, ' is time well spent'.

With reference to the New Zealand Curriculum Terry was pleased to see that it takes the long view about achieving learning objectives giving teacher time to focus on presenting engaging learning challenges. Doing fewer things well, as the curriculum states, is good advice.

With regard to his work with the NEMP testing Terry noted that vitally important subjects like science are showing to be of less interest to students. He puts this down to less experimental activity in school science programmes as a result of the the growing emphasis on literacy and numeracy. These areas are taking up too much of the available learning time that would be better used undertaking enjoyable activity based learning.

NEMP research points out the importance of attitudinal data - how students feel about subjects they are learning as feeling are at the centre of further involvement. I would bet that few school target student's feelings and attitudes in their selected school targets? In our current managerial and rational approaches to learning such subjectivity, or soft data, would seem to many to be unimportant?

It is interesting to see what areas of learning NEMP research shows students like - PE, sport, hands on technology. It would seem that to engage students learning needs to be 'hands on', a 'doing' thing ( learning as a verb not a noun). The teacher's emphasis should centre on maintaining motivation not covering the curriculum.

Terry's advice was not to worry about the curriculum so much and get students doing things that make sense to them. Real science. Real maths. Real inquiry. As an example Terry talked about a project children enjoyed in his wife's primary class - a study of possum population in an urban setting. Students set and checked traps, worked alongside experts,recorded data about what they found and this was reported on their findings appropriately. It would have been a great opportunity to integrate information technology in a realistic setting. Terry suggested the need for students to study significant environment and social issues - such things as exploring the health of a stream or variation in plant life( mix of species and their conditions) from the coast to a few hundred metres inland. These are wonderful examples of both real content and process and, as well, as examples of teachers learning alongside their students.

This experiential learning was once a feature of active primary classrooms but all to often , due to the over emphasis on literacy and numeracy, is not as common as it ought to be. Ironically NEMP research show students losing interest in reading and lacking in comprehension skills. Terry gave examples from his wife's teaching where students' reading had improved through working with students in a realistic way.

'Motivation is', he repeated, 'the most important issue in education today'.

'The answer', he believes, 'is to tap into and extend motivations students bring with them'.

'We need', he says, 'to consider what turns individual students on to learning'.

'We need to value the experiences the children bring with them'.

'The big three things we need to do', Terry concluded, 'is to combine motivation, real experience, with the appropriate skills, so as to ensure success. And we need Io give our students time to come to to terms with their learning and to provide them with relevant choices'.

It would seem we have allowed schooling to be removed from the real life concerns and needs of our students.Reconnecting with such personalised learning is the answer to student achievement not by imposing blanket national standards( tests).

A return to such 'learner centred' teaching would make learning more fun for both teachers and students - and in turn both would gain areal 'feeling for' the power of learning.

Spot on. I have been looking at the BES on Social Sciences and I like their model of important mechanisms which help effecctive teaching which are Connection, Alignment, Community and Interest. The first and last connect directly to the points you are making.

This post will be discussed at tomorrow's TOD on Curriculum, Relationships and Pedagogy.

I'm with you on this Bruce, Kia ora!

Or to put it another way, the Zen proverb says, " when the pupil is ready the master appears."

Hi Blogger in the Middle. Sounds like the EA ( Educational anonymous) mission! See if you can find Ricardo Semlers u tube clip on education. He is with you on the zen idea. He says 'kids won't learn unless they want to and then only at school if a teacher wants to help them'.

I believe it is not only all about motivation - the concept of a curriculum is the problem as well.

I love the Bruner quote! Interesting article. I agree motivation is a big part. I am CELTA certified and was taught student based learning techniques. During that time I often wondered why my education when I was younger wasn't more set up like this.
MissMentor