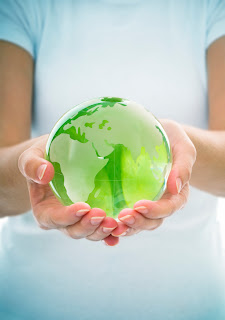 
The situation however,  if faced intelligently, could clarify the challenges ahead for teachers.
Education is at an important  crossroad. The politicians view teachers as the problem and  see the solution as introducing their National Standards providing information to provide choice, if somewhat limited, for parents,. Charter schools take the choice further and introduce the  possibility of the privatisation of schooling.  Schools respond seeing the problematic ‘achievement tail’ as the result of difficult home circumstances and wider social issues which, of course is true,  but schooling often worsens the problem by destructive ability grouping , streaming and fragmented subject orientated teaching.


﻿
The government has its minds firmly fixed on past orientated industrial aged solutions with their belief of  standardisation, efficiency and the measuring of a narrow set of targets published as league tables to allow school comparison.. The government, by  pushing this populist point of view, is tapping into the insecurity of parents and their need for reassurance in these difficult times.
On the other side stand  visionary educators and politicians who see the need for a new mindset for a new age. These visionaries see the traditional school structures and culture as part of the problem, unable to develop the full potential of all students.


﻿﻿﻿
As result of these conflicting agendas many teachers find themselves in an educational ‘no mans land’ ; at a crossroad, facing both the past and the future -  uncertain of which direction to face.  The excitement sparked by the 2007 New Zealand Curriculum has been clouded by the confusion created by the political standards agenda.  Schools are being pressurised by the Ministry to follow the government’s stance, placing their personal integrity and professionalism at real risk.  Hardly the best position for schools to be in to ensure their students are equipped to face up to the very real challenges the future holds; challenges that will require citizens with confidence and creativity.


The first requirement when standing at a crossroad is to decide what direction to take .
﻿﻿
﻿﻿
The choice is clear. either the dull ‘certainties’ of the past or the excitement and 'unknown-ability' of the future.  However the necessary courage to make an informed choice requires teachers to reflect on the assumptions that underpin traditional school organisation and also to appreciate that the standards agenda has failed wherever it has been implemented.  There is solid evidence from the and the that the standards agenda there has subverted education principles and distorted the curriculum, resulting in teaching to the tests as the favoured school survival tactic.  Worse still, during the process, the creative arts and the sciences have been sidelined.  Surely we don’t want to follow that path of such destruction of the creative spirit.  And isn’t itparticularly ironic that we do better than both countries in internationaltesting comparisons?


American educationalist Eliot Eisner, long a voice for creative education, comes down firmly on the side of educational transformation.  Eisner writes powerfully about the importance of valuing imagination and creativity and how this approach cuts across thegrain of traditional beliefs about reforming (rather than transforming)education.


Eisner writes that the traditional field of education has predicated its practice on a platform of scientific thinking.  He writes that when formal schooling was established, ‘schools were to become effective and efficient manufacturing plants…students were to be the raw material to be processed according to specifications’.  He believes we must get way beyond the language of: ‘delivering the curriculum’; imposing ‘best practices’ (which soon become ‘fixed practices’); ‘inputs’; ‘outcomes’; ‘targets’ and ‘standards’.  ‘We can’t afford a future’, he writes, ‘where schools become sidetracked measuring what is easy to measure rather than what matters most’. 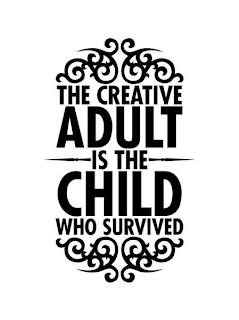 In times of uncertainty it is not hard to see why  ideas  above appeals to populist politicians acutely aware of public anxiety – an anxiety that they capitalise on to suit their own agenda.  As a result a Victorian’ Age obsession with tracking literacy and numeracy achievement has become the ‘default’ curriculum of many schools and formulaic ‘best practice evidence based’ teaching the means.  Consequently other vital attributes and talents are being overlooked.  All this so called ‘scientific management’, Eisner reminds us, has little to do with modern science.  Scientists are involved in a creative endeavor to challenge current beliefs and develop new ideas.  This enlightened trial and error is the basis of both scientists and very young children.


As a result of scientific management, Eisner tells us, we are, creating an industrial culture in our schools, one whose values are brittle and whose conception of what is important narrow.  What is troublesome is the push towards uniformity, uniformity in aims, uniformity in content, uniformity in assessment, uniformity in expectations.’  This is the world of accountants, technicians, simplistic politicians and anxious parents; people who find comfort in statistics – who believe it is important to define measurable standards for students to achieve.


As a result of all this ‘scientific management’ teachers’ ability to exercise professional discretion is being constrained.  Teachers are becoming accountants of students’ achievement.  Parents are being encouraged to request ‘evidence of progress’ and the next probability of ‘league tables’ providing school comparison (on misleading narrow data) is on the horizon.

The very youngare born with innate abilities, are equipped with the means to learn, and with the capability to learn off others.  They are true scientists but, according to Daniel Pink in his book Drive this innate ‘default mode’ is unfortunately soon flipped by formal school experiences where students soon learn they are no longer in control their own learning.  And there lies the genesis of the ‘achievement tail’. 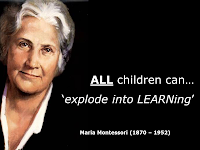 Eisner believes we need to generate an alternative vision of education, one premised on the importance of the arts and of creativity generally.  And he is the first to admit that such a vision is not new.  The rcurrently sidelined 2007 New Zealand Curriculum provides such a guideline seeing  students as ‘seekers, users and creators of their own knowledge’.  This curriculum, if implemented, provides the means to escape from ‘no mans land’.

To realise such a vision, Eisner believes, requires the replacement of the current failing ‘machine metaphor’ with a creative ‘living system metaphor.’  A living metaphor would encourage those involved to act and learn, as the very young, artists or scientists, at the same time.  ‘For those,’ he writes, ‘who like tidiness and efficiency it would provide a problem because it is very difficult to measure progress in a continually evolving learning situation.  Anybody,’ he continues, ‘involved in creating something new can relate to how destructive the rush to judgment early in the life cycle of a project can be.  How toxic to whatever they were trying too create’.  The current drive in to gain instant results, through standards, is simplistic and will inevitably encourage a surveillance culture and a risk-averse mentality.


The struggle for teachers is to find a way out of the mechanistic status quo and to reach for that unknown future.  If we are to realise, what some perceptive futurists call, a Second Renaissance or Age of Creativity we urgently require our students to develop new competencies, allowing them to thrive in uncertain times.


Until the situation is resolved creative teachers find themselves locked in a power struggle for the shape of the future minds of our students.  There is plenty of ingenuity or creativity to call on but far too much teacher energy is being wasted by those in authority (including principals) who want to keep things exactly as the way they are.  The power struggle is never easy for any innovator trying out new ideas.  The status quo is a comfortable place to be and those who inhabit it are loath to give up their positions and the security they provide.  The philosopher Schopenhauer when remarking about the life cycle of ideas said, “firstly they are ridiculed, secondly they are violently apposed, and finally they are treated as self-evident.”


Positive learning attitudes come from students completing work of personal excellence in the arts and the sciences – or indeed in any area of purposeful endeavor.  When students are engrossed in such activities they often lose any sense of time and this is the power of engagement, of fully living.  One has to wonder why, when, and where the emotional intensity and curiosity to learn of the very young is lost.


Teachers who have succeeded in developing such powerful learners have encouraged their students to slow the pace of their work, to do fewer things well (in depth) and in the process have helped students savour and appreciate each learning experience for its own sake. When such a level of involvement is achieved the work and the worker become as one, lost in satisfaction of real learning.


Eisner is only one of many educators who can lead us out of ‘no mans land’ we are in.  Many names come to mind: Sir Ken Robinson, Guy Claxton, Diane Ravitch, Maxine Greene, John Dewey, Howard Gardner, David Perkins, Art Costa, Dennis Litky, Linda Darling-Hammond, William Glasser, Daniel Pink , Carol Dweck , Jo Boaler  and Pasi Salberg ( Finland) .  Along with creative teachers and schools their ideas provide a true alternative to the current highly rationalised and standardised approach that schools currently suffer under.

Who exactly does the Minister rely on for educational advice?


Eisner, and the like, are asking teachers to makes choices and judgments rather than meekly complying, or ‘going along to get along’, or to live in perpetual ‘no mans land’.


Eisner writes that the new vision requires the creation of a new culture of schooling.  He is asking of us to create an education culture that values surprise over control, uniqueness rather than standardisation.  He envisions an education culture that has greater focus on becoming than on being, places more value on then imagination than on the factual, assigns greater priority on the quality of the journey as more significant than the speed at which the destination is reached.


Up until now the current structures of education have all but destroyed this capacity to imagine by attempts to standardise and measure learning.  .

It will be shame if we are led ‘Back to the Future’ by our current Minister and her technocrats - educating children for a world young learners have already left behind.

We need to escape from this ‘no mans land’.  We are at a crossroad. We need to take Sir KenRobinson’s advice and develop an education that engages and amplifies student’s talents and passions.

If want more on the topic read Kelvin Smythe's latest
Posted by Bruce Hammonds at 1:51 pm

I think you are right Bruce - teachers are just too busy complying to requirements to think about the purpose of education in these times of change and uncertainty.

Bruce, you are not being too dramatic. Many teachers, perhaps most of us, are unaware of the dilemma faced in education, particularly public education. There is little support within the system. It is all about someone's agenda as opposed to making sure teachers are healthy and able to help students become healthy and able adults. Universally, public education is in a real bind that needs to be addressed in a mindful manner.

I would lke to think education, or society, is at a crossroads but so far it is all one way traffic - the wrong way. Educationalists, or those who want to change the current power structure, have been sudelined over the past decades. Things will change perhaps when the majority of people find themselves in the 'losers' group?

Equity will eventually become the most important issue unless 'we' believe the few rich should determine the future of our country. The so called 'achievement gap' applies not just to school students!

The 'me first' individualistic society needs to change to a 'we first' cooperative democratic one.