'Schools are still identified by the old turn of phrase ‘the three Rs’- reading ‘riting and ‘rithmetic', Seymour Papert


The 'three Rs' still reign supreme – more than ever in New Zealand  particularly since the introduction of governments National Standards in literacy and numeracy.
As one English educational commentator has written ‘the evil twins of literacy and numeracy have all but eaten up the entire curriculum. As National Standards are reported back to the Ministry of Education and then interpreted in a form of published school league tables it will be natural for schools to focus on doing well for their own survival and reputation. Forget for the moment that the standards are more ideological/political than educational. If you are interested in this issue read what Nigel Latta has written about them, or Lester Flockton’s comments on attempts to develop consistency between schools


In countries that have taken reporting on student and school progress further by introducing high stakes national testing (the UK, Australia and the US) schools narrow their curriculums, teachers teach to the tests and there is a greater use of ability grouping. This is beginning to be seen in New Zealand. All this is ironic considering New Zealand scores higher in international tests than such countries!


The testing agenda, as long as the current government is in power, will continue to be extended and will become ‘the tail that wags the dog’; the default curriculum.


All this  Victorian emphasis on the ‘three Rs’  according to people like Professor Seymour Papert, a highly respected MIT expert in learning and computers, ‘expresses the most obstinate block to change in education’.’ The role of the basics’, he writes, ‘is never discussed; it is considered obvious’. As a result other important educational developments are being ignored.


Papert is not questioning the importance of ‘the Rs’- children cannot learn effectively in all curriculum areas without them but they need too be 'reframed' to be seen as foundation skills to allow students to learn rather than ends in themselves.  The 2007 New Zealand Curriculum, itself being side-lined by the emphasis on National Standards, states that students should be ‘active seekers, users and creators of their own knowledge’. It is developing the strategies and attitudes to be such seekers, users and creators that should be seen as the new basics; literacy and numeracy are important foundation skills to achieve such twenty first century skills.  The over emphasis on National Standards, (literacy and numeracy for their own sakes rather than a means to an end) become blocks to such future orientated lifelong learning skills.


This emphasis further hardwiring the use of ability grouping in these learning areas; grouping that has more to do with industrial age sorting and grading than developing positive attitudes for all students.  Future orientated educationalists are encouraging mixed ability, or inclusive, group work where students work to ‘seek, use and create their own knowledge’ by working with others.  Interestingly there is no mention of the need for ability grouping, setting across classes or streaming in the

2007 New Zealand Curriculum. Such divisive approaches have their genesis in industrial age schools and, I believe, contribute to the growing ‘tail’ of underachievement in our schools. Students in the lower groups are not lacking in ability but in experience. The biggest ‘tails’ are to be seen in lower socio-economic schools – schools with large number of Maori and Pacifica children. What we really have is an ‘opportunity gap’; these children need a rich experience based curriculum, one that recognises and values their personal needs and gifts. Creative teachers, past and present, know about the power of an experienced based related arts programme.

Back to Papert, he writes, ‘by looking forward we can formulate new arguments beyond the imagination of 19th century thinking, who could hardly have conjured images of images of media that would provide modes of accessing and manipulating knowledge radically different than those offered by the Rs. Nor could they have formulated by what I see as the deep difference between education past and future; in the past educational adapted the mind to a very restricted set of available media; in the future, it will adapt media to serve the needs and tastes of each individual mind’.


So an obsessive focus on National Standards looks back to the past while Papert (and the 2007 New Zealand Curriculum) look to the future.﻿﻿


Demoting reading, and mathematics, from their privileged positions is one consequence of the new media. Papert writes, ‘a child who has grown up with the freedom to explore provided by such machines will not sit quietly through the standard curriculum dished out in most schools today. Already, children are made increasingly restive by the contrast between the slowness of school and the more exciting pace they experience in videogames and television. But this restiveness is only a pale precursor to what will come….’ Schools he believes will either change radically or collapse. Currently he believes schools are using new media to prop up what they have always done in the past and that media will change the concept of education by demoting its current core elements and he goes further to it will ‘call into question the very idea of an administered curriculum’.


In the past knowledge was handed out to children by teachers in subjects, by grade levels and tested for retention. In contrast young children learn through experience to talk (and to use computers) and this ought to continue at school as students are challenged by inter- connected learning experiences. This is resulting in a rethinking of the nature of knowledge – knowledge as means to do something. In this Papert is echoing the writings of Jane Gilbert,in her book ‘Catching the Knowledge Wave’, who sees knowledge as ‘a verb – a doing word’, and relates to the 07 NZC statement for students to be’ seekers, users and creators’. Knowledge is no longer ‘stuff’   known by expert adults or in book but a pattern of connections achieved in a non – linear fashioned by each learner in mode similar to young children exploring.


Papert writes that due to a lack of interactive exploring in schools many children ‘lose the taste for immediate exploring’.  The real tragedy of formal schooling is that after the ‘requisite number of years in the classroom is that many (or even most) children emerge without the intellectual spark with which all are born’. One quote of Papert’s I have always liked is ‘that all maths and science should be applied’ – all too often maths is anything but. Children need to be seen as active scientists, mathematicians, artists always extending their own knowledge – not following or complying with teacher requirements.


Papert sees a pattern of education cast in three phases.
The first phase is universally successful  pre-school learning based on interaction exploration of their immediate world with the diversity of activities great enough for different individuals to find their own styles – I would add the beginning of identify their own set of talents. Children as young scientists!
The second phase is the narrow and dangerous patterns offormal schooling where many factors conspire to undermine the continuation of phase one. School is often blamed for imposing on children a uniformity that suffocates them; much as it used to suffocate left handed people by forcing them to write properly.’ Most of the blame’, Papert writes, ‘is well founded.’ ‘As long as writing is the only medium in town, schools did not have many choices’.


‘The early and massive imposition on children of what I call “letteracy” supresses the earlier diversity of styles.’  New media offers new ways to be literate. ‘Literacy should not mean the ability to decode a string of alphabetical letters’ – there  are now a wide range of literacies available to explore and express learning experiences. ‘Students need to be able to choose their own routes to literacy’. This is in direct contrast with the current emphasis on standardisation through the imposition of National Standards.  Although the truly literate person of the future will be expected to know how to read it does not follow ‘that learning letters should be the cornerstone of elementary education’.


‘The third phase is seen in intellectually awake adults. Here we see a diversity of styles’ (and once again I would add talents).’But not everyone gets there’ due to failings of the formal school second phase. 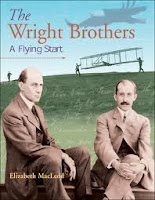 Papert is arguing that modern information technology/media ‘demands serious thinking now’ even though what is currently available ‘gives only an inkling of what is to come, it should be seen in the light of the first flight of the Wright Brothers machine: its importance was not measured by its performance in feet of flight, but in its ability to fuel the well-informed imagination.’


So far there are very few school environments which are tapping such possibilities. Those who determine the educational establishment have ‘failed to provide leadership’


‘We need people who can see further into the future’ rather than politicians (in New Zealand) who want to take us back to the standardised straightjackets of the ‘three Rs’.
Posted by Bruce Hammonds at 2:32 pm